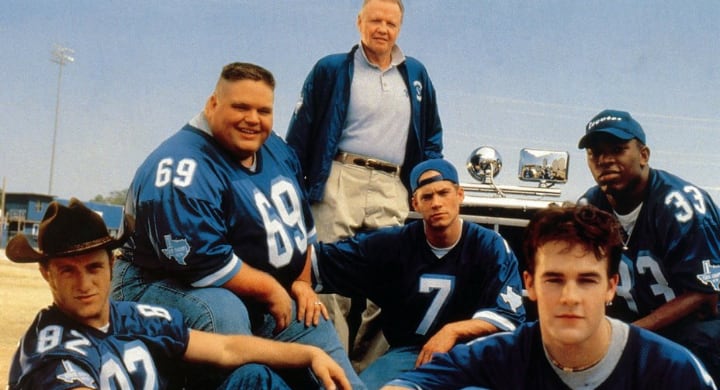 Although I’m a 90s child, Varsity Blues came out when I was just 8-years-old, so I sorta missed the first-run of its popularity. I did, however, catch it later in life and not just for the whip cream bikini (though, I’d be lying if it didn’t cross my 14-year-old mind).

In terms of voting, Varsity Blues was one of 28 movies that received at least five votes, but it was tied for the fourth highest ranked football movie overall. Thus, it made the cut, replacing the Cubs’ fourth game against the Pirates this season (this time, in Pittsburgh).

I don’t have a ton of fun facts for you today, but I do have a few notable connections. For one, the writer of Varsity Blues also wrote the original Point Break with Keanu Reeves and Patrick Swayze. Meanwhile, the director directed cult favorites like Good Burger and Hardball. All things considered, that’s a good film-family web.

It’s not Cubs baseball. I’m sorry. But let’s keep crushing movies together to forget our pain.