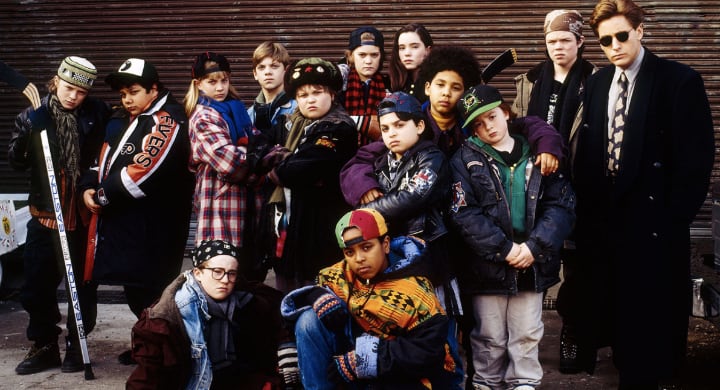 The Cubs were supposed to be in Pittsburgh for their second of four games against the Pirates this week, but alas, you know. So instead, we keep binging sports movies. Tonight, we begin the first-half of a double-header with original, the hilarious, the one-and-only … The Mighty Ducks.

This movie never quite reached The Sandlot levels of cult favoritism, but it’s pretty darn close. And unlike so many other movies in the genre, the sequel holds up (but we’ll get to that tomorrow).

The first entry in the Mighty Ducks saga was directed by a guy named Stephen Herek, who also happened to direct Bill and Ted’s Excellent Adventure (which is getting another sequel WITH KEANU REEVES in the next year or so). He also directed Don’t Tell Mom the Babysitter’s Dead (another classic), The Three Musketeers, and 101 Dalmatians. The guy’s got a good resume.

Of course, he was helped by an all-star writing partner, Steven Brill, best known for his work on Mighty Ducks 1 and 2, as well as Heavy Weights and Little Nicky. Honestly, a quick peak at any writing/directing combo can tell you so much about the quality of a movie. It’s like advanced metrics, but for movies.

Anyway, I hope you enjoy The Mighty Ducks tonight. It’s one of my favorites and was an easy pick for this movie project. Peace.