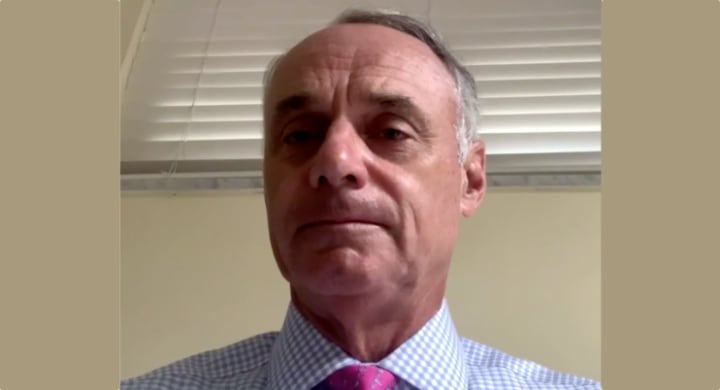 When word of MLB’s “Arizona Plan” broke exactly one week ago today, there was an initial wave of optimism – finally, we thought, there was a plan in place for baseball to return. It certainly sparked me momentarily. I wasn’t particularly convinced that it was the right plan, mind you (indeed, the players have voiced their concerns). But it was a plan, and a plan always feels better than no plan. It’s human nature. We all want to believe someone’s steering the ship, guiding us safely to a port. Unfortunately, any good vibes were probably a little premature.

Not long after the Arizona Plan leaked out, we caught wind of another radical idea for the 2020 regular season: actual Grapefruit and Cactus Leagues. It was roughly the same idea as an all-Arizona plan, albeit it one split between the two Spring Training locations in Arizona and Florida, featuring an entirely different regular season league structure, while exchanging reduced flexibility later for a little more space and comfort for the players now.

Of course, these aren’t the only two options, and we are reminded of how little we (or, heck, anyone) really know right now:

#Dodgers president Stan Kasten on @PetrosAndMoney says restart plans that have leaked “are just 1 percent” of the ideas being considered/discussed by MLB. “The truth is, we just don’t know” how things will play out.

When there’s one plan in place, however viable, an ending feels attainable. But when there’s 100 ideas, there is no plan. And that’s the somewhat frustrating (albeit understandable), revelation that Commissioner Rob Manfred got into with Fox Business earlier today.

(Featuring that familiar camera angle only our mothers know how to achieve over FaceTime):

Manfred dove into a variety of issues in that short interview, but chief among his remarks, is this sobering reality: “Well, most important, the only decision that we’ve made, the only real plan that we have, is that baseball is not going to return until the public health situation has improved to the point that we’re comfortable that we can play games in a manner that’s safe for our players, our employees, our fans, and in a way that will not impact the public health system adversely.”

Manfred continued: “We have a variety of contingency plans that we have talked about and worked on. But ‘plans’ may be too strong a word. ‘Ideas’ may be a better word …. From our perspective we don’t have *a* plan, we have lots of ideas. What ideas come to fruition depends on what the restrictions are.”

Manfred’s words get the point across, but his tone sells it further: Baseball isn’t really any closer to returning than it was a couple weeks ago. And while they have mulled contingency plans for when a return is possible, nothing has been put into motion, so to speak. The spring training proposals are nothing more than that – just a couple of ideas, two of many. Perhaps they’re possible eventually. Perhaps that’s where we’re ultimately headed. But as of now, that’s not something that’s happening. Indeed, nothing will happen until the public health status of our country has improved. And no one knows for sure when that will be.

Other than that, Manfred had some additional comments on supporting the industry’s workers and doing what’s best for everyone, though he was clear on the financial impact and rough timing of the break: “Baseball is a seasonal business. And unfortunately for us, the pandemic struck right at the low point for us, right before we begin our season. It’s had really serious impacts on our business. Forty percent of our local revenue is gate and gate-related. Obviously, that’s all at risk right now. We do have significant media contracts – both national and local – but at the end of the day, those contracts are based on our ability to provide content to some of our great partners ….”

I’ll admit I didn’t fully consider or appreciate the timing of the hiatus. Previously, I was thinking only as a fan, happier that the season never actually got started (MLB) than it being interrupted in the middle of the year (like the NBA). But at least the NBA got 60% of their season revenues in the door before they had to close up shop. Major League Baseball teams (and related businesses) didn’t just lose out on revenue, they lost out on revenue at the end of a (mostly) revenue-free offseason. The timing was awful. And there’s no plan in place to address it yet, because there can’t be yet.