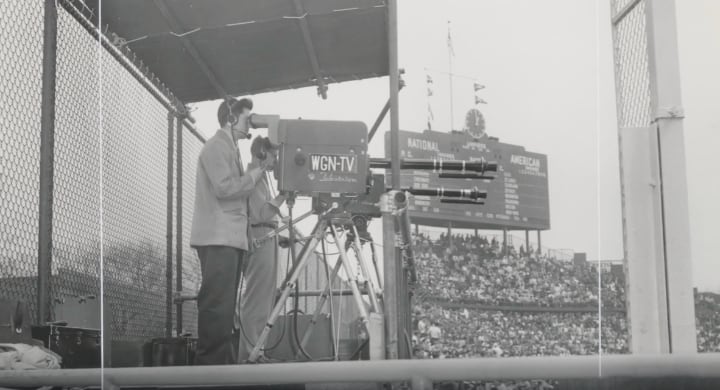 I was browsing the internet for that sweet, sweet baseball content earlier this morning, when I stumbled upon this website cataloguing historical events on specific days in baseball history. Among my favorite bits for today (April 16th), I saw that 22-year-old Cubs rookie Burt Hooton threw a no-hitter against the Phillies in 1972 in his FOURTH big league game.

On this date (April 16th) in 1972, a 22-year-old Cubs pitcher named Burt Hooton threw a no-hitter against the Phillies in just his FOURTH big league game. pic.twitter.com/NAbrdGVPTx

The Cubs have had just four no-hitters since then – Milt Pappas (later that season), Carlos Zambrano (2008), and Jake Arrieta twice (2015, 2016) – so that’s a pretty big deal. And the fact that he did it as a rookie and in just his fourth major league game is almost unbelievable. Candidly, I knew that Milt Pappas had the last one before Zambrano, but I’ve never actually heard of Hooton. Really cool anniversary.

But April 16th holds an even more special place in Chicago Cubs history.

On April 16th, 1948, twenty-four (24) years before Burt Hooton’s no-hitter and seventy-two (72) years before we woke up today, WGN aired its first Major League Baseball game: The Chicago Cubs versus the Chicago White Sox at Wrigley Field.

You can enjoy some visuals from that day at the beginning of this Cubs Tribute to WGN:

A Tribute to WGN

April 16, 1948: WGN-TV broadcasts its first Cubs game.Thank you for bringing baseball fans some of the most memorable Cubs moments over the last 72 seasons.

The game was technically an exhibition game (1 of 10 in a preseason series) – as interleague play didn’t begin until decades later – so technically, the Cubs 4-1 loss to the Sox didn’t even count (ha-ha … stupid White Sox can’t even win right). But still, such a cool anniversary. Perhaps more so now that there may never be games on WGN again.

Here’s a little history from Larry Wolters Story in the Chicago Tribune way back when:

“The baseball shows, directed by Don Cook, will be relayed with the aid of the station’s new mobile unit from the ball parks to the transmitter atop the Daily News building. Special telephone circuits also will be employed.

Three of the latest type orthicon cameras will be used by WGN-TV. One of them includes the new $7500 zoomar lens, so-called because it zooms quickly into focus, enabling the cameraman to change from distance shots to close-ups with the flick of a finger.

At Wrigley Field, the zoomar camera will be placed outside the foul line in left field; another camera will patrol around third base and the Cubs dugout; and a third will be on the ramp next to the press box. Brickhouse will be stationed in the press box section, using a video monitor for reference while talking.”

According to WGN’s website, there were 9,233 fans in attendance at Wrigley Field that day, which is nearly 1/5 as many as they’d probably draw for a Cubs-Sox game on today. Okay, that’s all. I hope you enjoyed this little trip down memory lane. Have a good day.