Cora Speaks - Would You Hire Him? Cardinals Fans Get Mad, Best Cubs Game, and Other Cubs Bullets Skip to content 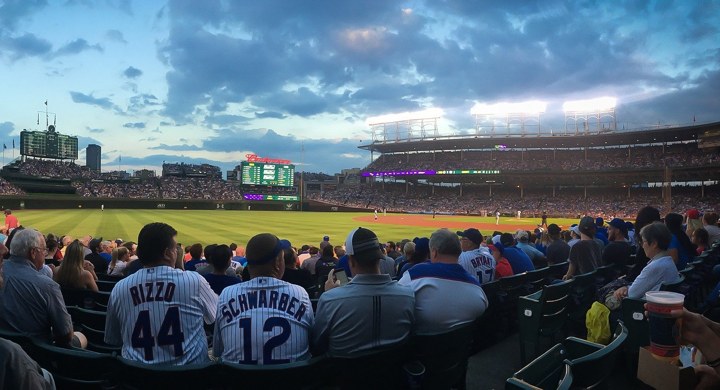 The facial hair is approaching actual “beard” status, but this just isn’t going to work for me. I’m sure if I get past a certain stage, as people say, it stops feeling annoying and itchy and distracting, but right now, I just feel it on my face as I sit here. It’s just not for me. Gonna have to shave this thing into a Christian Yelich mustache for a day or so, and then let it all go.

•   Former Red Sox manager Alex Cora was dismissed by his team in the wake of the Astros sign-stealing scandal, where it was determined that he played a central role in the scheme as the Astros’ bench coach. So it was extremely natural to presume that, when the Red Sox got caught up stealing signs the very next year – after Cora came from the Astros to the Red Sox – he was involved in that one, too. But, per MLB’s investigation, that was just a coincidence(?). Cora was not further disciplined as part of the Red Sox mini-scandal, and will therefore be eligible to return to baseball next year if a team wants to hire him in some role.

•   For his part, now that the Red Sox investigation is wrapped, Cora issued a statement that read in part, “I am relieved that these MLB investigations are concluded and that Commissioner Manfred has released his finding that I did not violate any MLB rules as a member of the Red Sox organization in 2018 or 2019. I am grateful for the Commissioner’s thoughtful and thorough investigation relating to my conduct as Red Sox manager. I also take full responsibility for the role I played, along with others, in the Astros’ violations of MLB rules in 2017. The collective conduct of the Astros’ organization in 2017 was unacceptable, and I respect and accept the Commissioner’s discipline for my past actions.”

•   Does that wash Cora clean enough to get a job in 2021? It seems like it won’t happen for disgraced GM Jeff Luhnow, but many feel like former Astros manager A.J. Hinch has acquitted himself well in the post-scandal days, and I haven’t seen anyone say that Carlos Beltran should be barred forever. So maybe Cora – who read in the original report as basically the ringleader along with Beltran – can find a way to a role, having been through this experience, learned from it, etc. Whatever team takes the leap, though, will face a camera or two. Would you be fine with the Cubs bringing Cora – an otherwise well liked and respected baseball lifer – in as a special assistant or instructor or coach?

•   … mostly I just wish MLB had done the right thing and stripped the dang title from the Astros. It was the most obvious and necessary element of all of this.

•   The question – is this the best regular season game ever:

•   I mean, you had a huge comeback, crazy plays in the field, a wild 9th inning, extra innings, and then a walk-off bunt by a pinch-hitting pitcher.

•   A Cardinals fan tried to come at the Cubs (via our Twitter account), but I mean, get yourself some better ammo than Wrigley Field:

Imagine thinking that your best angle for taking a shot at the Cubs was Wrigley Field. https://t.co/vJvWzDtDhR pic.twitter.com/jsXyIze4az

•   The Heckler almost getting too real with this one:

Anthony Rizzo pleads with Fauci and Manfred to make the shift illegal due to social distancing guidelines https://t.co/QluMHqKFry pic.twitter.com/UkwoABuLwR

•   The “games and puzzles as gifts” section at Amazon has all kinds of stuff I would want just laying around at my house to play with. #ad