Making the Money Work, Cubs Clubhouse Mystery, Aliens Because Of Course, and Other Cubs Bullets Skip to content 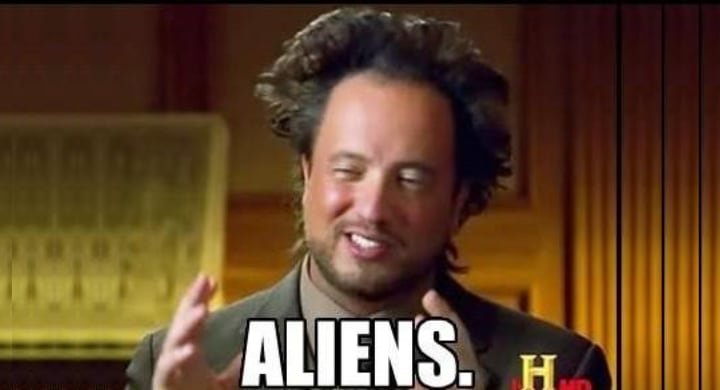 The news is not new, and the videos had leaked out before, but now it’s officially official in the record: those “unexplained aerial phenomena” were studied extensively by the military, they still don’t know what they were, and the videos are now fully released:

"Look at that thing!"

To be quite clear, whatever label the military wants to give these things, they are UFOs at the moment, as they are indeed unidentified flying objects – they simply don’t want to use that name because of the stigma of little-green-men. I have a tough time with this for a combination of reasons:

1.) I believe the pilots and experts who described the phenomena and cannot explain how the things moved like they did;

2.) It would be surprising to learn that the US conducted covert operations that endangered the lives of pilots during training exercises and then also released the reports and video of those incidents;

3.) It would be surprising to learn that another country has technology so far beyond the means of the US military to understand; and

So, you take those four things together – if you’re me – and you have a really tough time figuring out what to do with this information. It makes me want to watch that Bob Lazar documentary again …

•   Buster Olney intros his latest with a reference to Apollo 13, so, hey, the mention of space is not totally random! Olney’s article is actually about the league and the players needing to make sure they don’t risk blowing up the goodwill of a could-be-return during a pandemic. Specifically, the league and players beefing about the financial particulars of a return to the sport, when revenues will be far down and everyone will want to make the best of a bad situation. As Olney writes:

“I’ll add this, having covered the labor stoppage of 1994-95 and the resulting fan fallout: If games are not played because of the fight over money, the wreckage from that failure might dwarf the financial impact of the coronavirus. At a time when baseball is trying to find ways to connect with the youngest generation of fans, it would risk losing generations of fans, many of whom would never forgive them. Never.”

•   Like Olney, I can’t quite begin to appreciate just how damaging it would be for the long-term health of the sport to arrive at a situation where national health officials are like, “Hey, baseball, you can come back now!” and baseball is like, “Ah, well, thank you, but actually we are refusing because we cannot settle the money questions … sorry folks. Please come back next year?”

•   For that reason, I find it borderline implausible that SOME solution wouldn’t be worked out, but it’s not like the sides haven’t been openly sparring about money for the last three years. Don’t rule anything out.

•   In any case, when it comes to the admittedly complicated issue of economics in a fan-less season, Olney proposes a solution that strikes me as pretty reasonable: whatever happens with this season, you calculate the total revenue, and players get a percentage that is equal to whatever their percentage was in 2019. I’ve always liked the idea of a consistent revenue split between the teams and the players (close to 50/50 sounds about right to me), and this seems a workable way to deal with the problem of revenues getting rushed this year, but players still deserving a fair share. You could pay out some portion of salaries as the year goes on (based on independent projections for revenue), and then, after a full auditing, make good the rest of whatever is owed to the players (proportionate to their salaries). That also then allows cash-poor teams to defer some of the payments a few months until they know they have cashflow in the door, while ensuring the players are getting a fair split overall.

•   In the latest episode of ‘The Compound’ – the Ian Happ, Nico Hoerner, Dakota Mekkes, Zack Short podcast – the guys talk about superstitious and obliquely reference a teammate who, when “scuffling pretty bad that year,” would put an unmentionable body part into his piping hot coffee, and then drink it up. It fired up the team. I can only imagine. That, OF COURSE, got me wondering who it was. The only clue was that Mekkes and Short mentioned it was part of a team that didn’t win a championship because the game was cancelled by a hurricane. Well, sir, that would have to be the 2017 Mills Cup championship, which was cancelled by Hurricane Irma, precluding the Myrtle Beach Pelicans from winning the title, and that team did in fact feature Mekkes and Short. So I think we have our suspects: 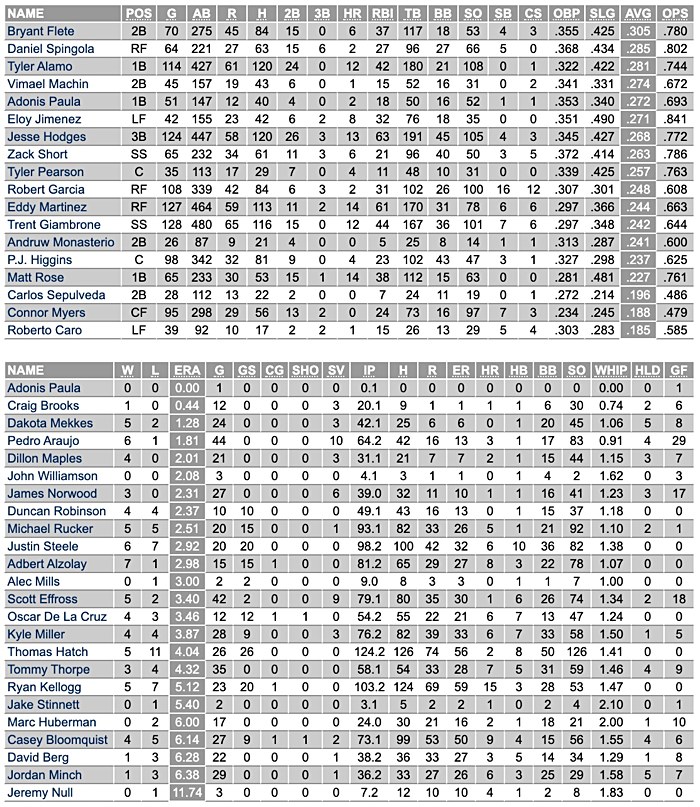 •   I choose to guess that it was Adbert Alzolay, because it would be funny if he imported that superstition to the current clubhouse.

•   These are six of the most unfair pitches you’ll ever see:

Two ABs to show the insanity of trying to hit Jordan Hicks. pic.twitter.com/1PIY3dYBEG

•   Hicks, 23, had Tommy John surgery last summer, so he would theoretically benefit from a season this year that gets pushed back. He may not come out of the gate this year throwing triple digits, but I’m sure the Cardinals are hoping he can be back to what he was pre-surgery by 2021. For Hicks, though, the big development step had nothing to do with the velocity – it was all about his sudden ability to command the slider, and to get more movement on the fastball (as the video there shows). That’s how you go from a guy with a below-league-average strikeout rate (and above-average walk rate) to a 28.2% K rate and a 10.0% BB rate, and also increase your groundball rate from 60.7% to 67.2% in just a single year. His leap from 2018 to 2019 was pretty incredible.

•   Disney+ has announced that ‘The Rise of Skywalker’ will start streaming, naturally, on May the 4th. So if you’re wanting to watch and/or deciding to check out Disney+, you can sign up for a free trial (or a bundle) here. You’re supporting BN in the process, so thank you kindly.