REPORT: MLB Teams Are Preparing for the Possibility of Spring Training Part Two at Their Own Home Parks Skip to content 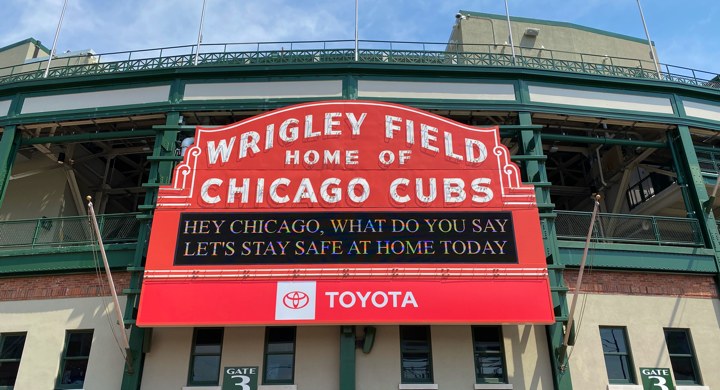 Drip by drip, we get a little more sense of what MLB is hoping to do this year with respect to its currently-suspended season.

At last check, the “targeted” timeline would have the league’s regular season open in early July, with three weeks of Spring Training Part Two having preceded it. Before that, upwards of two weeks for optional reporting to Spring Training. Before that, an actual deal coming together between MLB and the players sometime this month, and blessed by the many public institutions and experts that would have to bless such a plan.

Adding to the information out there: today, Bob Nightengale reports that MLB is having teams prepare for the possibility of doing Spring Training at their own big league stadiums, rather than heading to Arizona and Florida for their typical spring destinations.

The idea is apparently to eliminate the extra travel associated with going back and forth, as well as the needed hotels and per diem. In the process, you’d also save a little time, since teams would already be in place for the regular season (saving a couple days on the front end and a couple days on the back end), but costs are undoubtedly a big factor in this equation.

(For my thinking, the benefit of doing Spring Training at home parks is that the players don’t have to spend that time separated from their families. It all but eliminates the notion of going to a centralized, quarantined location for play, which has simply not been popular among the players, even if it has logistical and epidemiological advantages.)

On the downside, you could really only do intrasquad games (maybe some games against other organizations if they were very close geographically), and teams would have very limited facilities for large groups of players to train up (only five or six pitching mounds, for example, limited batting cages, and only one field). Of course, many teams – including the Cubs – had already cut down camp rosters significantly by the time the shutdown arrived, so perhaps you’d think about having only 35 to 40 players at the big league park for Spring Training, and allowing other players throughout the organization to use Spring Training facilities when the time is appropriate.

Of course, the big risk with laying this out as your “plan” is that you’re going to need states across the country to permit use of the facilities by sometime in June, at least. If you were doing The Arizona Plan, you need only one. At present, most states’ phased opening plans would make a team and support personnel at a large facility like a ballpark plausible, but I still don’t think you can really pull it off until testing deployment in this country increases considerably. So that’s still the story I’m monitoring, even as I appreciate getting these updates.

In any event, even after Spring Training, it remains to be seen what kind of schedule can be created. Maybe just three total divisions across baseball?

Finally Video of “The Slap,” and Tommy Pham’s Side of the Story

It’s Time for the Blackhawks to #Retire28 for Steve Larmer