Jon Lester Talks About the Timeline for Pitcher Readiness, Which Will Be Tricky Amid Stay-At-Home Orders Skip to content 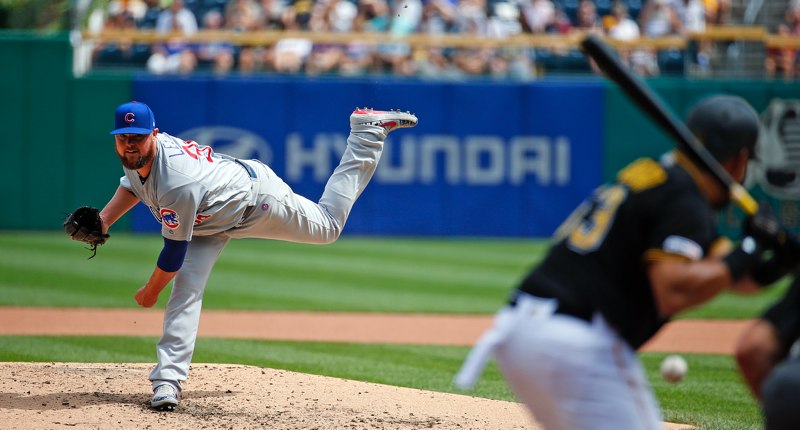 Every week has its own rhythms now, changing a little day to day in that individual week, and then changing in some new fundamental way the following week. But at the broad level, as of last week, you could (try to?) sum up the baseball situation as: MLB hopes to open its season in early July, probably at home ballparks without fans, after having done Spring Training Part Two (also possibly at home ballparks) in June.

If you’re going to pull that off, though, we know three things are going to be absolutely necessary before you could even get to that June part: (1) continued massive testing increases such that positive cases dip under 10% of total tests; (2) an agreement between the players and the owners on how finances will be worked out this year with revenues way down; and (3) a safe way to allow players – especially pitchers – to get themselves ready in advance of Spring Training Part Two.

On that third one, I think it’s important to look at the calendar. If MLB wants a minimum of three weeks for Spring Training Part Two, and if you want to start the regular season by July 4 (for example), then everyone has to be “in camp” by about June 10/11. Is it conceivable that ballplayers and essential personnel could be working closely together at ballparks to ramp up in a little over a month? It’s conceivable. So much will depend on what happens nationally now that some states have started to open up a bit, but it’s conceivable.

But that’s not the end of the calendar work, and Jon Lester hit the nail on the head with ESPN 1000:

Jon Lester on ESPN 1000, re time needed for pitchers to be ready, if they play: "They're trying to give us a date far enough in advance to where we can ramp up…and be ready for that shortened spring training. As long as that's the case then I think pitchers can plan."

The sense Lester has gotten is that the league wants to give pitchers a heads up about when Spring Training Part Two will begin, long before that date actually is scheduled to come, so that pitchers can try to do on their own what they might otherwise do at the very start of a normal Spring Training (i.e., more throwing, start bullpens, etc.). Mostly, guys have been in “staying in shape” mode, but not every pitcher has the ability to keep their arms in “Spring Training” mode, so you have to give them plenty of time to get themselves in position to make the most of the three weeks of actual Spring Training Part Two. (And then you have to make sure rosters are big enough to accommodate the fact that starting pitchers will NOT be able to go more than three/four/five innings tops in the early part of the season.)

So, then, against that whole backdrop, we return to the calendar. If Spring Training Part Two has to start by June 10/11, and if you’ve got to give a couple weeks heads up to pitchers, then you need to have your plan firm and in place by the end of May. Moreover, you probably have to have the ability to open facilities to allow pitchers (and catchers) to come start gearing up for Spring Training, since a whole lot of guys are not going to have the ability to do that locally.

Now the challenge: many states are still in shelter-in-place mode until late May (Illinois, for example, is one of them), which would appear to exclude the possibility of more than 10 people being at baseball facilities at a time. Some states may carve out exceptions for pro baseball teams, but on the face of the shelter-in-place orders that I’ve read, having players come to a ballpark to train would not be exempted from the orders. So, if you wanted more than 10 people at a time to be able to train up at Wrigley Field, for example, you either have to wait until the order expires on May 30 (and hope it isn’t further extended), or you’re going to have to do some lobbying for an exception.

Your alternative in that scenario is that the team could open up Spring Training facilities and/or players could train up in a neighboring state without a stay-at-home order in place, but then you’re getting into another ball of wax with respect to travel.

Long story short? The timeline here for a July 4 opener is *plausible,* but it’s also as tight as it can get if you want to make sure pitchers are proceeding safely.