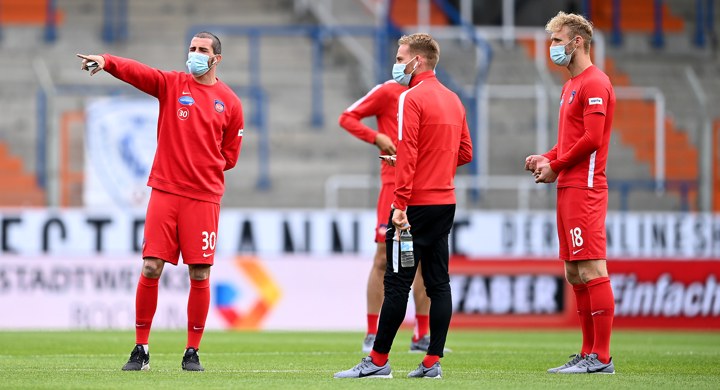 Although I am, like many people, very frustrated in feeling like we didn’t do enough at a national level early enough in this fight against COVID-19 – did we really take advantage of this period of lockdown to put ourselves in a better place logistically today than we were in February? – I am at least heartened to see that testing volumes continue to climb, and positive test rates continue to fall.

Some of the latest on that front:

Nationwide covid testing continues to increase and positivity rates fall. As more new testing innovations enter the market (NGS, antigen based tests) back end capacity is going to scale very fast, and any obstacles to testing will turn to the front end -> access to testing sites pic.twitter.com/P2i6wa0uzD

Daily new infections holding relatively steady as testing increases dramatically is actually a GOOD sign. But there is still much more to do on the testing front.

Gottlieb’s point there is that, reasonably soon, we’re probably going to have all the testing capacity we need (materials, personnel, facilities for taking samples, facilities for processing samples, etc.) to manage the spread of the virus. But the issue will soon become: can we get enough of the right people tested, at scale and frequently enough, to make sure people are able to get treatment early, and also to really begin isolating pockets of the virus for any kind of containment strategy. We’ve got to make it very, very easy for people to be tested quickly, whenever they feel even the slightest possibility that they are sick OR that they’ve been close to someone who is.

You are reminded: until a vaccine or herd immunity arrives, it was always the case that the virus was going to persist out there in some places. The goal was to “flatten the curve” to make sure hospital systems were not overrun, and to limit outbreaks enough that we could identify where they are happening, in near real-time, and control them through testing and tracing. The first part of flattening was successful in many areas of the country, but the second part feels so very far away if it is even possible at all (at least at a national level).

To be sure, there are structural differences between the leagues, as well as historical issues that linger, which makes it a little harder for Manfred to be as popular league-wide as Silver is. But certainly, at a time like this, it has helped the NBA tremendously that Silver not only speaks so well for the owners, but appears to connect reasonably well with the players.

From a lengthy and interesting piece at ESPN:

And the owners understand something else too. Silver is the best messenger to reach players on the financial strain approaching the NBA. That’s why a week ago, Silver was on the phone with players describing scenarios where revenue could plummet, where fans could slowly, if at all, return to NBA arenas as ticket buyers.

“It sucks, but it just may be our reality for a while,” Silver told players on the call, according to audio obtained by ESPN. “It may be that … there’ll be a point we can bring a portion of our fans back where they sit every other seat or every third seat …. Assuming a vaccine isn’t coming any time soon, are there things we can do in our arenas where maybe we can’t have 19,000 people, but maybe we can have 5,000 people? Maybe we can have 8,000 people? Maybe there are protocols allowing for it?” ….

The NBA and NBPA have months of negotiations ahead of them that could fundamentally impact competitive balance, guaranteed contracts, free agency, and the gap between big- and small-market teams.

Beginning today, 25% of players’ paychecks will be withheld, but the players never threatened to use the enacting of Force Majeure — a mechanism to recoup a percentage of salaries upon the cancellation of games — as a reason to be less cooperative in this return-to-play conversation. The star players are on committees fully engaging with the league office ….

Through it all, Silver’s relationship with the union has been remarkably collegial. He got on a call with his star players and union leadership, delivered stark financial realities tied to declining revenues, promised difficult negotiations on a long list of collective bargaining issues, prepared players for the possibility that 40% of the league’s revenue — all tied into game night receipts — is uncertain for next season, and still heard the players’ thanks and praise for getting on a call with them.

I am trying to imagine Manfred having that kind of phone call with MLB players, and being seen as having credibility. Or trying to imagine having a sense that, yeah, there are just never going to be any line-in-the-sand threats between the owners and the players. I just can’t imagine it in the baseball context. Again, a lot of that has to do with baseball issues that aren’t really Manfred’s fault, and speak more to long-standing issues between ownership and the union, but as a guy who is primarily a baseball fan, this stuff is jarring to see.

And then I think about how badly the MLB owners beat up on the players in the last CBA, and I remember that there’s very little reason for MLB players to carry a ton of goodwill right now.

In any case, there should be little doubt that if health and safety permit it, the NBA will be back this year. There is zero chance of it being derailed by financial fighting. As you can read in the ESPN piece, a lot of their big discussions are about figuring out how to get some fans safely back into arena next season.

The Mayor of Toronto says he has not yet been asked by any of the pro sports about the feasibility of playing fan-less games in the city. But he expressed doubt that it would be possible for several more months because of the various quarantine rules tied to the city being in a country outside of the one where most of the other teams in its sports leagues play.

In other words, while it might wind up safe to play those games sooner rather than later, the Mayor indicated it was more likely to be outside of Canada.

"Don't hold your hopes out that you're gonna see professional sports played in Toronto, even in front of an empty stadium, before some time into the fall."

This is the first of these hard decisions, but it won’t be the last:

Bowling Green announced it is cutting its baseball program because of the financial difficulties brought on by the coronavirus pandemic. It is the first Division I program to do so. @tedcahill has the story. https://t.co/NYhZ8q45HH

As universities deal with the financial fallout of the pandemic – to say nothing of what happens if there are no revenue-generating sports in the fall – athletic department budgets are among the items being slashed. In some cases, that’s going to mean the permanent closure of baseball, like at Bowling Green. From BA: “Bowling Green has a strong baseball history, dating to 1915. The program produced a Cy Young winner in Orel Hershiser and other big leaguers like John Berti, Doug Blair, Roger McDowell and Nolan Reimold. The Falcons reached the NCAA Tournament four times, most recently in 2013 when they made a surprising run through the MAC Tournament as the No. 6 seed.”

Now think about what happens when more baseball programs are shut down at the college level, and the professional draft continues to shrink (and make playing the sport a more rough financial proposition). Do you really think there isn’t going to be a long-term impact on the talent that ultimately opts to stick with baseball through their formative years?

You can be sure other sports leagues around the world – not just soccer leagues – will be watching this process very closely. To the extent the Bundesliga, and other soccer leagues in Europe and in the UK, can pull this off without having to shut down for an illness at some point, it will probably go a long way to demonstrating what can be done in the United States, moreso than what has happened in South Korea and Taiwan, where they shut down the spread of COVID-19 much more rapidly and profoundly than in Europe or the US.

Here’s how the Bundesliga is doing it from a health and safety standpoint:

Everything to know about the hygiene protocol being implemented by the #Bundesliga ahead of this weekend. pic.twitter.com/kl7MBTCT6I