REPORT: MLB Projecting Massive Losses Without Fans, Including More Than $150 Million for the Cubs Skip to content 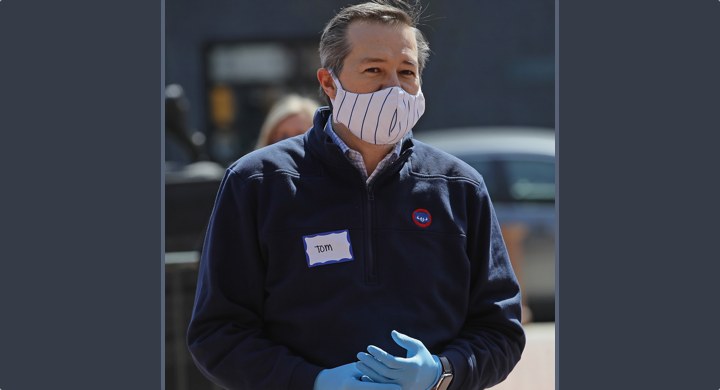 As part of the effort to resolve the economic questions of playing a baseball season in 2020, if possible, MLB owners are set to propose a 50/50 revenue share with the players, rather than simply paying them a prorated share of their salaries, as the previous interim agreement contemplated.

And as part of the effort to respond to such a proposal, the players have reportedly sought financial information from the league. We’ll see what they’re able to get, but the league cannot simply expect the players to take their word for any of this – independent review is going to be necessary.

Meanwhile, the Associated Press has obtained a 12-page presentation from the league, dated May 12, and titled “Economics of Playing Without Fans in Attendance.” It is apparently the initial financial presentation to the players, and likely what spurred them to seek additional financial documentation. Read the AP report here.

(Four weeks ago (feels like a lifetime), I wrote about “The Ugly Economics of Playing Baseball in Empty Stadiums,” and it’s remarkable how much of it remains on point, even as we’ve received more information and the world has continued to change rapidly. I mention it here at the outset, as well as my piece on how much the players could lose under various financial plans, because the economic conversation kind of builds on itself. There’s a lot in those two posts that I won’t be rehashing here, but are all to be taken together as one growing and evolving discussion.)

Per the report, which again is coming from MLB’s economic presentation to the players, teams stand to lose a tremendous amount of revenue this year, from a previously-projected $10 billion for the 2020 season to under $3 billion with the modified 82-game season if there are no fans, and thus no gate-related revenues.

To be sure, there remain valid questions about what gets included and excluded from the definition of “revenue” for the purposes of calculating the “local revenue” referenced in the presentation. If it is the same as “local revenue” for league revenue-sharing purposes, then we know quite a bit that you would consider revenue affiliated with the team is indeed excluded (surrounding business operations, equity stakes in RSNs, ancillary stadium activities like concerts, etc.). Players are going to want to understand these things completely before they could agree to sharing revenue. (Though, it’s fair to point out: most of that extra non-revenue revenue is going to be crushed this year if there aren’t stadium events.)

All told, the numbers in MLB’s presentation do appear to square with what we could calculate externally, and I’ll add that the Cubs numbers do track with my understanding of the team’s financial picture. They also track with Tom Ricketts’ recent comments that upwards of 70% of the Cubs’ local revenues are game-day-related. The players, of course, are right to seek more documentation, however.

So, then, what do we do with these numbers?

Well, for the most part, I think we simply add them to our ongoing conversation, and use them as a rough framework to do some player-related calculations, as well as ask some of the questions about how to make the season work financially.

For example, using the projections from MLB, we can calculate that, if the players agreed to a 50/50 revenue share, they would ultimately receive only about 1/3 of the salary they were expecting to receive before the pandemic struck, less than the roughly 1/2 they were expecting to receive as a prorated salary. Note that this calculation does not include any incremental revenue the league/teams are able to add from here (unique sponsorships, extra rounds of the postseason, limited number of fans later in the year, extra national games picked up, etc.), which could plausibly bring the players closer to their prorated salary. But, as we’ve discussed, the biggest risk on the revenue-share front is a second wave of the virus which shuts down the season before the postseason can complete. The postseason, alone, might account for upwards of 1/4 of ALL revenues this year. So if that gets wiped away, everyone takes even more of a bath.

To illustrate something, using the numbers we have (subject to all the caveats and questions about “revenue):

If players receive full pro-rated salaries for an 82-game season, that would be about $2.36 billion total, and the median MLB team projects to lose about $100 million this year.

If players receive a 50/50 revenue share instead, that would be about $1.44 billion total, and the median MLB team projects to lose about $70 million this year.

So is the question, then, who should bear that $30ish million difference per team? If that were your question, you could pretty easily make any kind of argument you want (“owners take on the risk in the good times and the bad times,” or “players are at least making some money,” or whatever you want to say).

No. I think the big question is still mostly about the risk associated with revenues in an uncertain time. I understand that owners are trying to shave off expenses however they can do so in a year when they are projecting these massive losses. I think eating big losses this year is still very much worth the long-term value to the franchise and the sport as a whole, but I’ll set that aside for the moment. Shaving off expenses while simultaneously shifting even more of the risk (i.e., future playoff cancellations) to the players is where it feels like this becomes an unfair proposal. The players are already the ones taking the physical health risks of playing. They should not also be asked to take on an extra portion of the financial risk.

That is all to say, based on the numbers the AP reports from MLB’s presentation, and subject to much more financial information becoming available, it feels to me like:

•   Yes, it’s reasonable for the owners to try to limit those losses where they can do so in a fair, agreed-upon way.

•   No, I don’t think it’s reasonable for the players to assume part of the risk for a cancelled postseason.

So, if the owners hope to get a revenue-share proposal pushed through, I suspect – after the financial investigation is complete – they’re going to have to figure out a way to not make this proposal more risky for the players. Whether that’s a minimum guarantee, some new offer on service time/free agency/arbitration, or whatever.

(I wasn’t sure where else to make this point, so I’ll just throw it in here at the end: none of this contemplates the governmental and tax aspects of owner financial calculations. That is to say, we don’t know where there might be governmental assistance to get games going or tax incentives for the same. We also don’t know how current losses (and loans) could be used to reduce past or future tax obligations, thus in turn reducing the actual losses felt by owners. I won’t comment on the local, state, and/or national wisdom of effectively subsidizing sports operations, but the point does need to be made: the “losses” felt by owners might play out very differently over time than the “loss in salary” felt by players. It’s really not a one to one thing, and that’s JUST on the tax/government side of things. I’m not even talking about franchise equity and appreciation over time.)