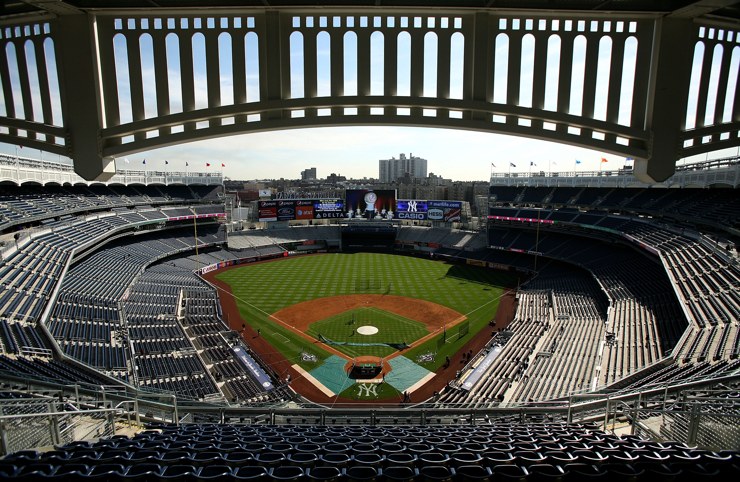 Some good news this morning on the fight against COVID-19, as one of the many vaccines in development has shown good results in its Phase 1 trials. In a very limited pool of human participants, the vaccine appears to be safe and to create the kind of immune system response you’d want to see from a vaccine. Phase 2 will involve “hundreds” of people, and then Phase 3, which will hopefully come in July, will involve “thousands” of people. From there, it’s a matter of determining whether the positive results are still there, and then getting approval for mass distribution. Moderna, the company behind this vaccine, indicates it is hoping to reach wide distribution in January.

There are many, many other vaccines in development right now, and the hope is that many of them will prove effective. But if even one could arrive fully to market by January (or sooner, he says while hoping for a miracle), that would be a tremendous success story in the world of vaccines. The reality is that there is so much money to be made in this particular vaccine, every institution in the world is tripping over itself to be among the first to release a usable vaccine. Fingers crossed.

One other bit of good news today:

Start your week with a bit of optimism: rate of positive tests continues to fall at the national level (good sign), and the dramatic climb in total tests over the past few weeks has now reached 400,000+ in a day for the first time. https://t.co/BziFpGZcE3 pic.twitter.com/qpEWZxpNJH

New York is Open for Sports

Well, it’s still an open question, and I do think there will probably be some states that don’t allow training in June or games in July (in which case, teams would have to head to their Spring Training sites). But at least one state has confirmed that they’re open to having games, regardless of the phasing situation at the time.

Indeed, New York is affirmatively pushing for it to happen:

Andrew Cuomo just gave pro sports in New York a thumbs-up, even as New York City and all of downstate still are trying to reach Phase 1 of reopening.

"We are a ready, willing and able partner," Cuomo said of NY state. pic.twitter.com/d09h81jGFw

NY Gov. Cuomo says he has encouraged major sports teams in the state to plan on playing without fans; says the state will assist in planning. pic.twitter.com/uErySbbtUH

So, there you go. If and when various leagues desire to play, New York will not only permit it, but they will actively serve as a partner in helping make sure it happens (I would hope by that the Governor means on the health and safety side of things, though I suppose there could also wind up some financial incentives, as we recently discussed).

Note that this does not solely apply to baseball. This is all applicable to NBA, NFL, NHL, etc.

Soccer Returns, and Questions of Celebration

The Bundesliga in Germany returned this weekend for televised games, the first major pro soccer league to do so. By the accounts I’ve seen, it was regarded as a successful first weekend.

Like the plans in other countries for major sports, the league’s players are subject to frequent testing, symptom assessment, distancing rules, etc. Also like other leagues, they are subject to various on-field changes, which came up right out of the gate (ESPN):

After 60 somewhat uneventful minutes of play between Hoffenheim and Hertha Berlin on Saturday, Vedad Ibisevic gave the capital city club a 2-0 lead against his former team. Coming as it did two minutes after they had taken the lead, the goal sparked jubilant scenes and Ibisevic was hugged by his teammates.

The group quickly separated as they presumably remembered the hygiene protocol laid out by the German Football League (DFL), but following Matheus Cunha’s beautiful goal to make it 3-0, more joy followed and the Hertha players behaved as if they had scored in the pre-COVID era.

While Hertha will not be punished, the incidents were the subject of major discussion after the game and, on Sunday, somewhat overshadowing the fact that the Bundesliga had successfully staged multiple matches. Hertha head coach Bruno Labbadia, though, was not concerned about his players ignoring physical distancing rules after goals.

“Soccer is a contact sport,” he said. “The teams have been tested six times. We are close to the opponents during every duel, every corner kick. We cannot prevent such things. It is a fine line we are walking.”

I’ve thought a lot about this aspect of sports returning. In a league where players cannot high five or hug or even intentionally get close to one another for celebrations, how do you actually police that? Do you even want to be too aggressive in policing? If testing and symptom checks and hygiene are the main methods for preventing spread, are you gonna also have to freak out when a guy slaps his teammate on the posterior following a great play? I mean, in basketball and football, guys are going to be right up on each other constantly.

I have noticed while watching some of the baseball in South Korea and Taiwan: sometimes they celebrate closely together. It just happens. To me, this feels like one of those “risks” that you either have to decide is OK to be part of the mix once in a while (albeit discouraged), or you have to decide a return is impossible. Some realism is necessary.

On the flip side, as the ESPN article points out, if you allow players to do their normal hugging and high fives and closeness, do you worry that you wind up sending a bad message to the public about social distancing? That’s a fair point. I guess the leagues have to keep working to find the right balance.

In conclusion, be careful where you source your fake fans: