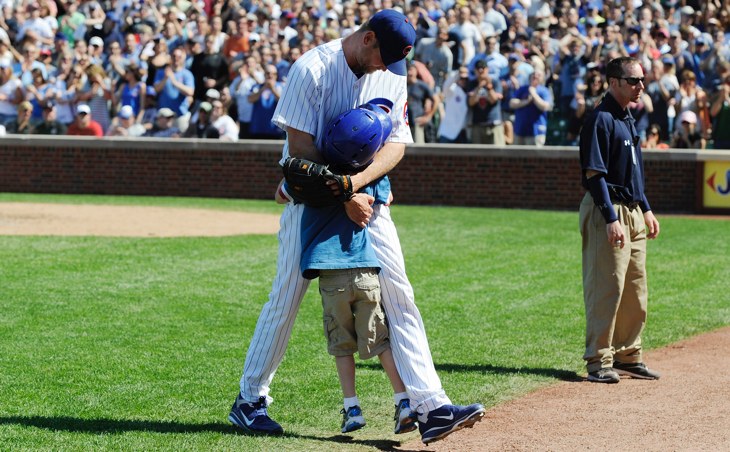 Unlike other sports, and unlike other positions, baseball makes it very difficult for you to schedule a perfect retirement moment for a relief pitcher. You can imagine why, since you don’t know how the game is going to play out and afford you – or not – the opportunity to get that guy in the game at a time when it makes sense. Not only that, but from there, things are so unpredictable in the game that it might make for a clunky moment or an awful appearance.

That’s what makes how the Cubs and Kerry Wood were able to do it eight years ago today so wonderful.

Coming into that Friday, May 18 afternoon opener against the White Sox at Wrigley Field, everyone knew what was happening. Word had already leaked out that Wood was set to retire that day, so it was either he gets into that game, or we may have already seen him throw his last pitch unless they stretched things out into the weekend. No special moment. No on-field goodbye. Just a press conference at some point to confirm the news.

But we did get that moment, even in a late and tight situation, and Wood gave everything he had to the one batter he faced:

I’m not sure too many pitchers will be able to say they ended their careers with a pitch that nasty. Wood left absolutely nothing on the table.

And that’s how it was that whole year for the then 34-year-old number 34. Having returned to the Cubs the year before after a brief sojourn with the Indians and Yankees, Wood was excellent in 2011. But 2012 was another story, with shoulder issues plaguing him as far back as Spring Training, and after a career that featured other injuries and surgeries, Wood simply felt he had to call it.

What it was like to be in the crowd for that final appearance:

Another angle, from the White Sox broadcast that day, with Hawk Harrelson and Steve Stone:

When Wood’s son ran out to greet him with a hug as he came off the field, and Wood held his boy aloft in the final moment of his career. Yup. That’s pure emotion.