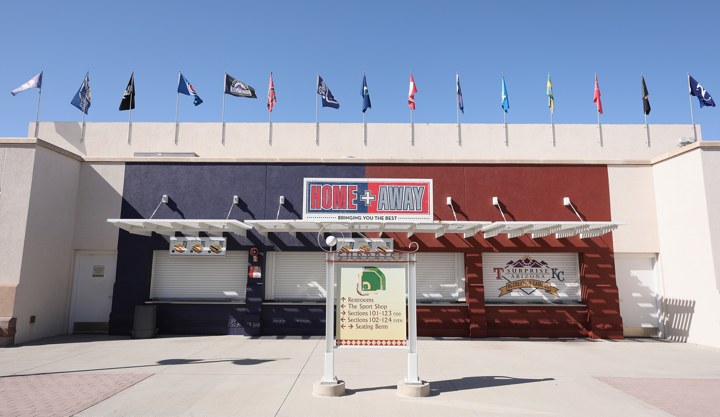 It’s been over a week since it became widely reported that MLB owners were going to seek additional financial concessions from the players in order to get a 2020 season underway, given the losses they are projecting.

That request was expected to a revenue-sharing plan, which most (outside of MLB) regarded as a raw deal for the players, particularly because they are the ones bearing the health risks of playing, so asking them to also bear the risk of further damages to revenue seems a bridge too far.

But here’s the thing: a week later, and the owners haven’t actually submitted a revenue-sharing request to the players. Instead, they created a presentation on how bad things are going to get financially – according to them – if there are no fans for games and if the players receive their full pro-rated salaries. In return, the players sought additional financial documentation to help them better understand the realities of the situation.

So where do things stand now? The Athletic offers the latest on what now appears to be a negotiating standoff:

The clock is ticking … so, what's the latest on player pay in MLB?

As Rosenthal and Drellich note, the thrust of the impasse comes down to the owners not wanting to present a proposal until the players back off their position that the interim agreement from March rules the day and no further financial negotiations are necessary. In this stare-down, the players are right about one thing: the agreement does not require them to take less pay simply because the owners seek it. If they do not want to take less pay, then the onus winds up on the league: do you play and take the big losses you say you’ll take, or do you cancel the season because of money, and reap whatever consequences that brings over the many years to come?

Now the question is how much financial documentation the owners can/will provide, and what the players are collectively willing to do to soften the financial blow to owners. Like I’ve said before, because the long-term value of all decisions ultimately resides much more with the owners than the players, it does feel right that they would bear the majority of the lost dollars this year. It also feels right for those owners to look to reduce expenses where they can do so in a fair way.

I don’t know the perfect answer as it relates to the players (though I certainly wish teams would do the right thing and take care of their regular employees completely throughout this process).

Could the sides figure out a way that players still get their full prorated salaries, but make other concessions like deferrals or modifications to the service time plan? While the owners provide additional medical benefits to players and families?

Or could the owners agree that if they’re going to push a revenue share plan, it’s going to be an unprecedented level of revenue sharing – a far larger percentage than they might seek in normal times? Because, hey, then the owners are as incentivized as the players to make it a mere one-year thing.

I’m just thinking out loud, but obviously these conversations are wildly more complex than anything we could spit out here on a blog.

Read The Athletic piece for much more on the negotiations and the history that continues to inform them. In the meantime, the sides might have under two weeks to make a deal before they would have to push back the idea of starting Spring Training II in mid-June.