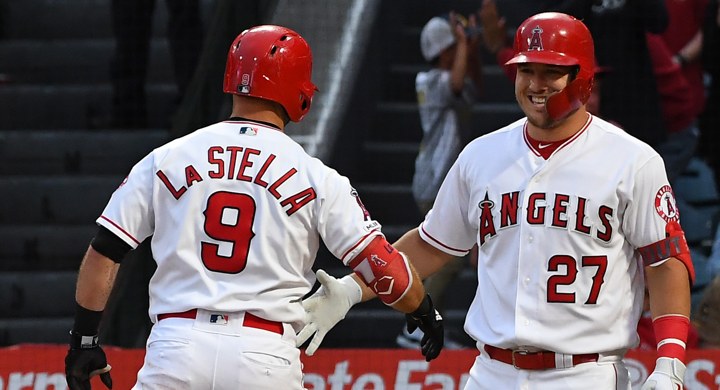 Late last week, the league delivered to the players union a 67-page health and safety proposal, which detailed specific COVID-19 protocols for an MLB season in 2020, including (1) testing procedures, (2) Spring Training plans, (3) facility protocols, (4) on-field operations, and (5) travel, among other things. In some cases, I found the proposal strong and forward-thinking, in others I felt it came up short. Either way, the document will act as the foundation for whatever common ground/agreement these two sides do finally find, before moving onto the even more challenging issue of money.

But do you recognize the problem there?

We (the greater baseball community) have focused so intently on the financial battle to come that we’ve taken for granted the union’s actual position on the health measures proposed by the league. Are they … actually on board with the protocols? And are they actually on the same page with each other?

As you can imagine, the players have their concerns, and those concerns go in a variety of directions.

For example, Cardinals shortstop Paul DeJong recently addressed the proposal with Bob Nightengale at USA Today, and I think he offers an interesting perspective: “I think it’s a great protocol with everyone getting tested every day. But once we get past that, and into the season, I think things should get back to normal. I just feel like if we pass the exam and the daily testing, we should act freely in the clubhouse and on the field, and have fun.”

In other words, DeJong is all about the testing protocols as a prophylactic, but not necessarily all about being too aggressive on the rules once you’re past that point.

Note: The proposal specifically does NOT call for daily testing. There will be daily non-testing screenings, including temperature checks, contact tracing, symptom discussions and more, but actual COVID-19 tests will not occur daily … “Multiple times per week” is the language we’ve seen so far.

Assuming DeJong understands that testing distinction and just sort of misspoke on the particulars, I’m surprised that he was thinking about even fewer restrictions, even if I can understand it: “You can’t change having guys holding runners on first base. How about the catcher and the umpire and the batter all together at the plate? You can’t high-five? And I can’t even think about no sunflower seeds. That’s such a minimal risk.”

DeJong went on to explain that although he knows that every single protocol proposed is meant to protect him, he still considers some to be “unsustainable.” Many players are no doubt willing to sacrifice superfluous personal freedoms (like eating seeds, spitting, high fives, in-game huddles, etc.) for the greater good of player health, if it’s deemed a good, medically-informed idea.

The question is whether you’d have disagreements among the players about what protocols are necessary, what protocols are too “unsustainable” to actually deploy, etc. Because of any of this is going to work, you have to have buy-in from the players. That means that not only are they the ones who have to actually live the protocols day to day and game to game, but they also have to believe that they’re going to work.

For example, while Tommy La Stella was recently hopeful for a return, he also wants to make sure baseball is “smart about it and not pushing to get back on the field to make money at the expense of our safety.” He told ESPN : “It’s not the corporate heads who are in comprised positions, it’s going to be the producers.”

Mike Trout, who’s expecting the birth of his first child, expressed his concerns about potentially missing that once-in-a-lifetime moment. Or rather, he does not intend to miss it, and so any proposal that wants his signature is going to require language about that being possible. Moreover, Trout told ESPN that he doesn’t see the players playing without daily testing.

Other players, like Max Scherzer, are primarily worried about other non-player personnel: “[Coaches and athletic trainers] are constantly working with every single player on the team, and understanding how infectious this disease is, that’s where you worry that you could be putting somebody in harm’s way,” he said.

And, of course, there are the high risk players we’ve discussed before, like Carlos Carrasco, who has a great deal of concerns, not only for his immediate health, but the longterm stability of his family if anything were to happen to him (ESPN): “I just want to be a good dad, and I want to take care of my family,” he said. “I have to do it. I know some people told me, ‘You have to take care of yourself because you have these [things].’ But at the same time, I’m a father, a son, a friend, a brother. So I have to do everything for my family.”

Needless to say, the union has its concerns on health and safety, and they are wide-ranging and complicated, and maybe not always in lock-step with one another. This will be another part of this story to follow closely in the coming weeks.