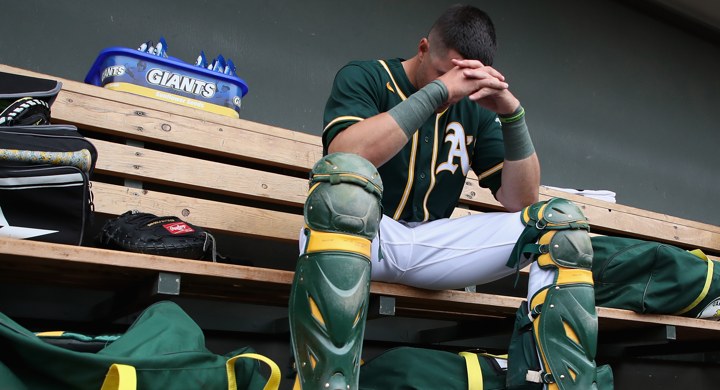 With apologies, I had a long, hard day, so I’m going to keep this one brief. Important stuff to note, though.

I almost don’t know what to say. But what I will say is that this is unacceptable, unkind, ghoulish, horrible for these humans, and terrible for the sport:

The Oakland A's informed minor league players today that they would not continue paying them $400 a week after the end of the month, sources familiar with the situation told ESPN.

Other decisions from organizations should arrive in the coming days. A bad sign to start, though.

The A’s made sure to explicitly remind their minor league players that their contracts remain in effect, and they are prohibited from performing baseball services for any other club. You know, in the same email they told those players they won’t be paying them anymore:

The breadth and the depth of A’s furloughs might rival that of the Angels, which is really saying something. Almost all amateur and pro scouts will be furloughed in June, as will about three-quarters of their player-development employees, I’m told.

From the A’s owner, who says he “became involved with the A’s because I love the game of baseball”:

John Fisher’s email to fans, obtained by the ⁦@sfchronicle⁩: pic.twitter.com/DjFXBLYc5k

NHL is Coming Back with a Big Ole Tourney

Meanwhile, as the A’s do what they’ve done and the rest of the league fights about money, the NHL announced that it is coming back with a 24-team playoff: