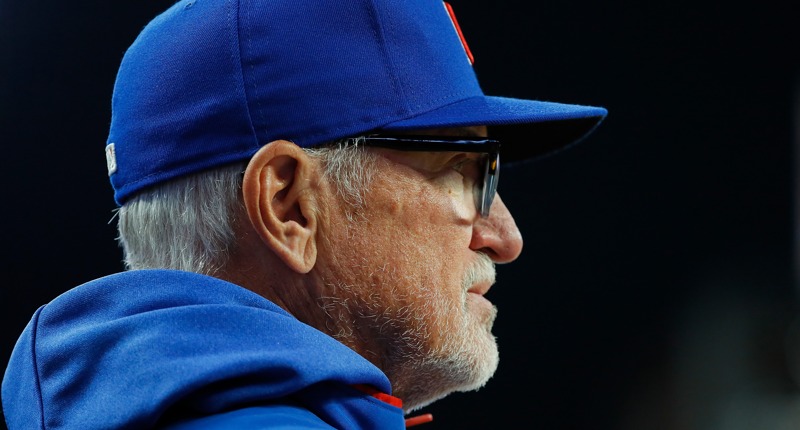 By and large, Cubs fans give Joe Maddon loads and loads of credit for THE WORLD SERIES WIN in 2016. Maddon was the perfect manager for that team, arriving at the perfect time, and setting the perfect tone.

Moreover, while it was what he did behind closed doors that was the most important, he was always a very good in-game manager. Sure, we beef about various decisions here and there, but that’s the nature of the beast. It’ll be the nature with David Ross, too, no matter how good he might be.

But, for reasons I still think are understandable given the context, people do still look back at the postseason run in 2016 with some questions and concerns. Mostly, Maddon’s player usage and decisions were great. But when it came to the final few games of the World Series – games the Cubs won, by the way! – there were some legit beefs about pitcher usage. Bullpen decisions, bringing Jon Lester into a dirty inning, removing a cruising Kyle Hendricks. We’ve had those arguments. It’s done.

That said, I’ve most wanted to hear from Maddon, himself, with some distance and time to reflect, on anything he might’ve done differently. He’s not the kind of guy to ruminate on mistakes – or even acknowledge them most of the time – and that philosophy has served him very well in his role. The guy is a Hall of Fame manager. But it feels pretty safe now, four years removed, for him to admit that there was at least one thing he flat out did wrong. It’s the thing I was most upset about at the time, and I think if he were going to acknowledge only one thing, it should be this.

“I should not have sent [Aroldis Chapman] back out in the ninth [in Game 6],” Maddon told Bob Costas as part of a Cameo fundraiser.

You may recall in that game that Chapman entered the game in the 7th inning, when the Cubs were already leading 7-2, asked to get out of a jam before the game got too spicy. That was fine. Good even. But then Chapman stayed in the game for the 8th inning – I didn’t like it – and then was asked to start the 9th inning even after the Cubs had gone up 9-2. I hated it. Even more, there was no one even getting warm for the Cubs in the top of the 9th in case they did exactly what they did, padding the lead. It was a gaffe that clearly taxed Chapman unnecessarily, and haunted the team, however briefly, in Game 7.

“Everything happened kind of quickly,” Maddon said of the Game 6 decision. “[Anthony Rizzo] hit a homer that put us up by more runs. And I honestly thought about this the day before. I did not want to run away from a crucial moment in Game 6 and have Aroldis be in the bullpen and have us lose the game. I should have gotten him out starting the ninth and not had him throw four pitches.”

“That, out of all the things I did in that series, that’s the one thing that I should have done differently,” Maddon continued. “I knew that. I think it was [Pedro Strop] that came in at that point. I should have gotten Stropy ready sooner.”

We can’t know what might have happened if Strop had pitched the 8th inning or had immediately started the 9th inning. Recall, he actually didn’t throw a perfect frame, himself, and was later replaced by Travis Wood to finish off the game. We also can’t know if Chapman pitches more cleanly in Game 7 if he’d had one fewer time up and down in Game 6. That side of things, we can’t know, so it doesn’t matter.

What does matter is that Maddon validates a lot of the concern and criticism at the time, which helps paint a more complete and final picture of the World Series. For me, anyway. And I like him all the more for it.