Minor League Teams, Paying Those Players, Embarrassing Myself, and Other Cubs Bullets Skip to content 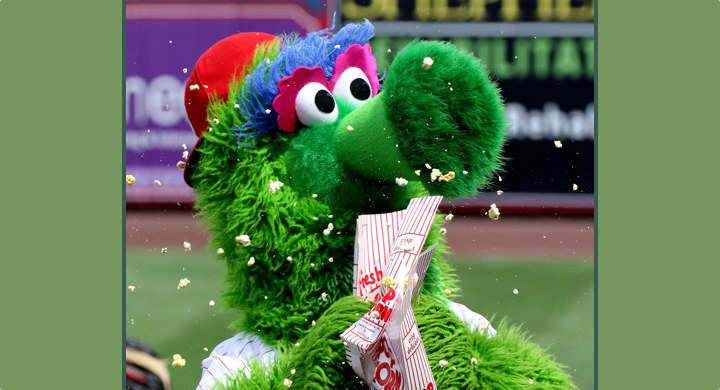 Yesterday, I was aiming to get some followers on my personal Twitter account – as one does … – and I remarked, generically, that I would do a dance if I got to 10,000. Somehow that turned into Michael and Luis telling the world that I was specifically going to do a dance they sent me on TikTok.

Hey. I always fulfill a promise, however embarrassing, even if it isn’t one I actually made initially myself:

I, @Brett_A_Taylor, hate and love all of you for this. Never promise anything. pic.twitter.com/kTCtVpV84s

“That, in essence, is a Band-Aid, where we need a tourniquet.” https://t.co/pdyDrisnGj

•    Recall, because of the timing of the shutdown, most minor league teams had already incurred the bulk of their expenses for the year … and then their entire stream of revenue (game-day revenues) was effectively cancelled. Yes, some part of a minor league season is still possible, but nobody actually believes it is going to happen at this point. So, then, even if MLB wasn’t aiming to trim 25+% of the minor league affiliates in its eventual deal with MiLB, it was possible that a huge number of minor league teams wouldn’t survive this year anyway. The ones that do will be in a rough spot almost across the board.

•    Speaking of minor league players, though, the A’s still stand alone in their shameful decision:

The A's are still the only team to say they will stop paying their minor-leaguers a $400 weekly stipend at the end of the month.

Thoughts from one prospect: “I wouldn’t even care if I was released. It might even be a step in the right direction.”https://t.co/Ag0UdLQYMc

•    It’s terrible, but true: an A’s minor leaguer right now would probably be better off being released than staying with the organization, on a contract that prohibits him from joining another organization, that doesn’t currently provide him ANY compensation, and apparently limits him from earning any kind of money other than whatever stray, short-term job he can pick up while waiting on baseball (think those jobs are abundantly available right now?).

•    Only a small handful of organizations have announced that they will continue to pay minor leaguers a stipend through the end of the would-be minor league season, and a couple others have said they will continue for at least June. The Cubs have not yet announced one way or the other. The previously agreed-upon payments for the league run only through May.

•    An interesting comment from an MLB owner, which came before the player response to the owners’ sliding-scale pay-cut proposal:

Brewers principal owner Mark Attanasio: "We’re at the precipice of what we need to do to play baseball in the summer of 2020. I think we’re going to.”

•    Was he overly optimistic about how the owners’ offer would be received, or does he think that the ugly negotiations are just a natural part of a process that always had to play out?

•    Toys, supplements, and more are your Deals of the Day at Amazon. #ad

•    Briefly an old friend, Casey Kelly is having success in the KBO (he was dominant there last year):

The sellout crowd was impressed. pic.twitter.com/VvV1QhXyWN

•    Sammy lost value when he wasn’t playing with the Cubs:

Sammy had *more* WAR *just* with the Cubs than he did for his *entire* career. Always a Cub.#21for21 @obvious_shirts @The_Heckler pic.twitter.com/Ubrr0uWoQV

A young Sammy flying in to make the play! pic.twitter.com/NzzSf18UQr