Cubs Charities and David Ross Did Something Nice, Minor League Contracts, and Other Cubs Bullets
Search
Skip to content 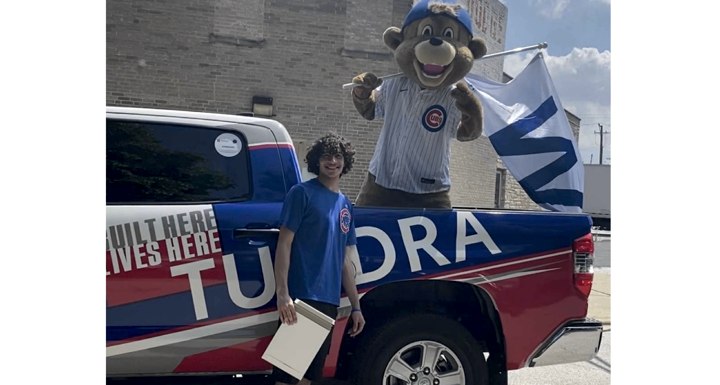 The Memorial Day holiday created a lot of uncertainty about COVID-19 data – not the reliability or volume of the data, but just the timing of when tests, hospitalizations, deaths, etc. would be reported. We knew that some smoothing was going to be necessary, so I was waiting until we got the full week in before commenting on positive test rates and testing volumes.

Ultimately, it looks like it was another positive week in the progression of testing, with positive rates staying down around 5% (continued downward trend), and total testing now consistently over 400,000 per day (with yesterday nearly reaching 500,000). Total daily positives and deaths are still only very slowly declining, however, which is concerning (and, in the case of the deaths, deeply saddening). I think we still have to see what happens as more states open more services to larger crowds (and also what happens as the weather turns in more of the country).

Speaking of testing, to *really* get to a good place, we need much more of what’s happening today at the Myrtle Beach Pelicans’ ballpark:

Free, easy, no pre-screening testing. You want to get tested? Just go. That’s the level we need testing to be at in most populated areas of the country if you want a whole lot more confidence in the ability to open up without outbreaks, pre-vaccine/herd immunity.

•   The Cubs, Cubs Charities, and David Ross did something nice:

•   With all the minor league releases happening this week, I’ve been wondering how MLB veterans signed to minor league deals would be handled, given the automatic June 1 opt-out in their contracts, and also certain retention bonuses that get paid if they remain on minor league deals, rather than added to the big league roster (there is no season right now, so … ?). Arizona Phil indicates his understanding that, for the Cubs, it will mean guys like Jason Kipnis and Brandon Morrow will also be “released,” but then immediately re-signed to new minor league deals that work around the opt-out and any retention bonuses. That is to say, to the extent you are an uber transaction nerd and wondered if the June 1 date would mean anything for guys like Kipnis and Morrow with respect to staying on the Cubs, the answer is “probably not.”

As ugly as the MLB labor negotiations appear between owners and players, Ian Happ sees progress and is hopeful.

"Any traction on the two sides sending proposals back and forth is positive," he says. "I think that's what the fans should take from this."https://t.co/YVG1SjNfqh pic.twitter.com/i3xRSintEp

•   Pfft. Schwarber woulda put one over the center field wall in every one of them:

Original center field distance of parks built between 1909 and 1913:

..And this was the dead ball era.

•   Speaking of Schwarber, everything about this play (including Javy’s part) had to be *perfect* to record an out:

•   You will want to read Sahadev Sharma’s latest at The Athletic, as I mentioned earlier today. Sets everything up on the state of MLB talks, what the return is increasingly expected to look like, how to handle minor league players, etc.

•   Want some weekend viewing? Might I suggest you sign up for a free Disney+ trial, or perhaps a bundle with Hulu and ESPN+ (that one has the full ’30 for 30′ library, just sayin’). You’re supporting BN in the process, so thanks!