A Level-Headed Take on the State of Baseball Negotiations, and the Unreliable Narrator Skip to content 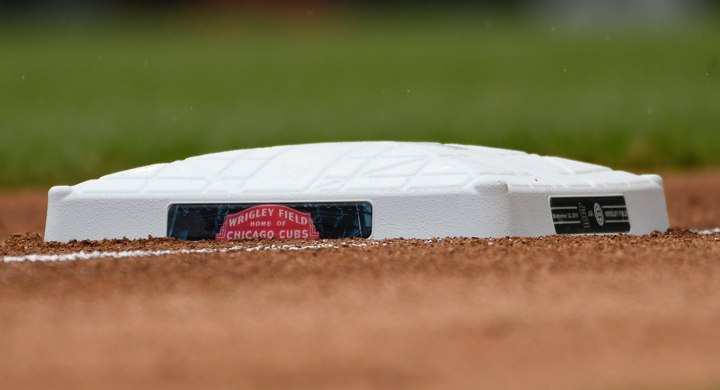 Do I even punish myself by tracking MLB/owner/player updates today? I guess I will, because right now, when it comes to baseball, I have nothing but pain. And if I didn’t feel frustrated, I wouldn’t feel anything at all.

To be honest, it has probably damaged my ability to accurately predict the things that lie ahead. That’s one of the small problems of being a baseball fanatic who is also trying to cover some critical crossroads in the sport: the very same passion and emotional connection that helps me write about the game in a particular way also limits me a great deal when trying to stay on an even keel when the stakes are almost existentially high. It wasn’t but a couple days ago that I was writing, seemingly with a clear head, about the negotiating strategies the sides needed to deploy to finish a deal off. And by yesterday, I was completely losing my shit.

The emotions are, this week, getting the best of me.

Thus, I appreciated very much this write-up on the subject from Derrick Goold, who has managed to keep a much more level head than I have this week:

Lots of rhetoric. Lots of sharp retorts. And it seems like a large gap. That’s the process. The public chatter is way to gather info, orbit agreement, and then tug-of-war to reach a midpoint.

That’s why all this is called “negotiations,” not “agreements.” https://t.co/e0Xx9vbU0L

In the article, Goold digs in on the state of things, and it’s a very good read even viewed solely in that light. There is a process playing out, there are numbers being examined, and the pendulum of negotiation continues.

But what I found particularly compelling this morning is the way the article is initially framed around the subject of player salary arbitration. Goold tracks the way negotiations in MLB – specifically, arbitration – have evolved in recent years, and it definitely provides you some additional context for the way current talks are playing out.

For years, players and teams submitted their arbitration proposals, talked, and eventually settled around the midpoint. Then, because the very nature of arbitration is to hold salaries down, agents and players started using their submissions to move up that midpoint by requesting extremely high figures, aiming to move up the midpoint for a settlement. Then, you saw an increasingly aggressive posture by teams, leading to the universal adoption of “trial and file”: now, virtually all teams will totally cut off negotiations once a player files his arb request. Either you agree to a deal by then, or it’s arbitration hearing time. This had the effect of forcing players and agents to propose salaries that they believed they could actually win if the case went to arbitration, instead of artificially inflating their ask in order to move up the midpoint of a settlement. It was always a tugging at that middle, and the teams found a way to cut that effort off (at least until the next approach evolves).

In the current negotiation, as Goold seems to suggest, there is still that simultaneous tugging at the midpoint (salaries and games played), with the sides aggressively suggesting their outer borders to try to pull the midpoint in their direction. Does that mean they will definitely wind up finding a deal in the middle? 82 games at maybe something slightly less than prorated pay? Well, I don’t know how anyone could have confidence in that, given the state of the relationship, and the teams’ consistently successful efforts to circumvent these ways to find middle ground with the players (hence, for example, the move to trial and file).

That’s a big part of why I’m worried about MLB pronouncing its unilateral right, under the March agreement, to set any length of season it wants, so long as it pays prorated salaries. Even if that’s the case on the text of the agreement, it just feels like another file and trial, daring the players to collectively decide … “eff it, take us to arbitration,” so to speak. And in this scenario, that decision would actually look like the owners saying “OK, the season is 48 games, it is decided,” and the players saying, “We’re not playing. Period.” It feels like the owners are more interested in betting that the players would cave than simply trying to come to terms on an 82-game season that works for both sides (yes, with owners taking a loss this year because they will be the ones to recoup that value next year and beyond).

So, in the end, am I comforted by the parallel with the evolution in arbitration? And knowing that it’s likely the sides are very aggressively tugging at that midpoint, with neither wanting to pull out their nuclear arsenal?

I mean, a little, I guess? Goold’s take, as I said, reads very level-headed, something I usually fancy myself. Honestly, I’m probably just too close to this all now having tracked it with so much intensity  – with little else going on in the baseball world – for months. I’m not sure I can be objective about the likelihood of this or that. Because all I can think about is a decade of a deteriorating relationship, and it’s that relationship that is necessary to get the right deal in place at the moment.

All I know is I really have to try to leave the prognosticating behind right now, and track only what is happening with supporting analysis. There was a time when I was certain the sides wouldn’t actually drive each other off the cliff. I am no longer certain. But that could just as easily be an honest reflection of uncertainty in a legitimately uncertain moment as it could be an honest reflection that my brain has become too addled on this topic to predict anything reliably.

I suppose I’m saying: read Goold’s piece, continue to read BN for tracking on these topics, but probably don’t trust me if I start acting like I think X outcome or Y outcome is more likely. On that front, I’ve become an unreliable narrator.