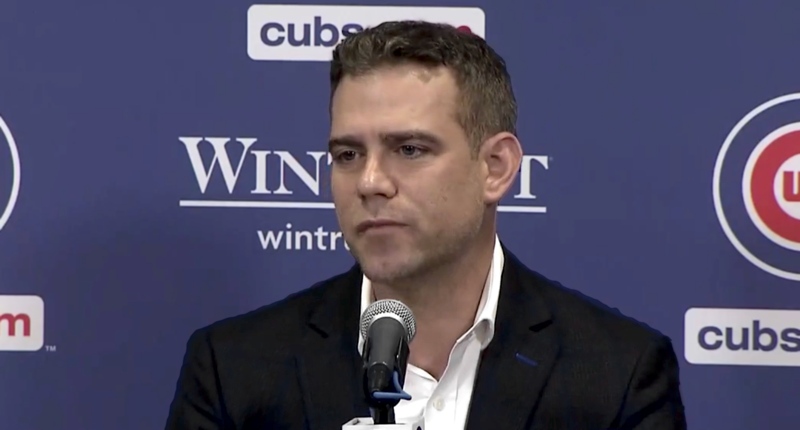 With baseball shut down, a pandemic raging, and widespread demonstrations about racial injustice, it was relatively easy for baseball’s leaders to avoid traditional media interviews. Statements here and there, or one-off interviews in some organizations, yeah, you might see those. But none of the normal interactions.

With the draft on tap this week, however, it has become impossible for a guy like Theo Epstein to not speak. So, today, on a conference call with Chicago media, he did. Eventually I reckon we’ll get to the draft stuff. For now, just a few notes on the two biggest items of the moment.

Epstein opened with remarks about those issues of racial injustice, and indicated the Cubs’ organization is going to be taking steps:

Cubs president of baseball operations Theo Epstein began a conference call about the upcoming MLB Draft to share his thoughts on the global protests over systemic racism and police brutality.

Here were his opening remarks… pic.twitter.com/uz8qNoHipQ

Theo said Tom Ricketts and Crane Kenney are in the process of forming a diversity committee "that can make sure we set better standards for ourselves and hold ourselves accountable and be better on this issue. The League has protocols in place …

and based on what the League has said about tackling this issue head-on and needing to be better at this moment in time. I imagine that they're going to be redoubling their efforts at the league-wide level as well and making sure that protocols are nice but results are better."

On a possible timeline for baseball readiness, should it ever matter, Epstein suggested only three weeks of Spring Training Part Two might be necessary, with maybe one full month needed from deal to opener:

Cubs president Theo Epstein estimated it would take about one month of startup time in the event of a 2020 season, including 3 weeks of spring training. Added coaches and players have done a terrific job of staying ready.

Oh, and Ian Happ & Crew coming back to Chicago? Don’t read into it, Epstein says:

Theo Epstein on Ian Happ making his way to Chicago from Mesa. “Those guys just ended their lease so they came this way. I wouldn’t read too much into that. They are looking for a lease”