One Day in August 2015, Hector Rondon Went Slider Crazy - And Everything Changed for the Cubs Skip to content 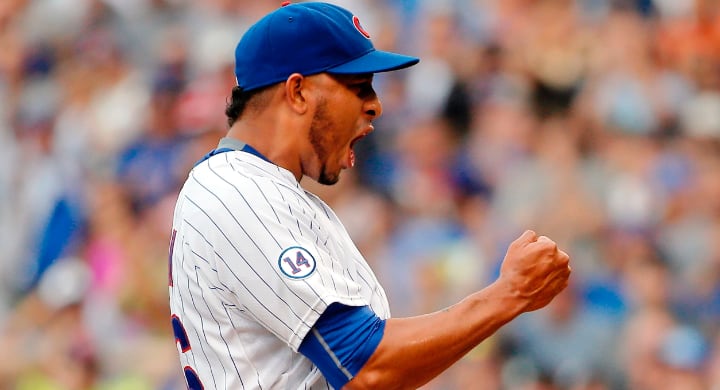 Recently, NBC Sports Chicago tweeted out a prompt to Cubs fans, asking them to fill in the blank: “The scariest reliever the Cubs ever had was ____.”

Naturally, that prompted all sorts of responses, from the Cubs’ scariest (nastiest) relievers to the Cubs scariest (most frustrating) relievers. But most fans found a way to split the difference with a seemingly perfect answer: Carlos Marmol.

The former Cubs righty was one of the most divisive pitchers of his era, often oscillating between some of the best pure “stuff” you’ve ever seen in a Cubs uniform to some of the wildest. Truly, Marmol was uniquely “scary.”

But he wasn’t the only guy to come to my mind. For me at least.

You know who I miss? Hector Rondon. Wasn’t really ready for him to leave. https://t.co/rGwNQKgaP5

The highs and lows were never quite as extreme as Carlos Marmol’s, but Hector Rondon’s career with the Cubs very much fits into a similar category. You just never quite knew which guy you were going to get on any given day. And indeed, on same days, you got both. Speaking of which …

You may remember the Cubs deep postseason run – they made it all the way to the NLCS for the first time since 2003 – but they had a tough time getting there. Despite finishing with 97 wins (t-10th most for the Cubs all-time), they snuck into the playoffs as the second wild card, behind the Pirates (98-64) and Cardinals (100-62) in their own division.

And although the next best team in the National League, the Giants, finished solidly behind the Cubs by the end of the year, there was a HEATED battle as late into the season as mid-August.

Remember that four-game series? I bet you do.

At the beginning of the now famous sweep against the Giants at Wrigley Field in August of 2015, the Chicago Cubs were a half-game back of the second Wild Card spot, and completely out of playoff position. But after taking the first three games of the series, they built up a solid 2.5 game lead of the Giants – a position they hoped to expand with the final game of the series. A win meant a beefy 3.5 game cushion. A loss meant a much tighter 1.5 game gap. It was an important, two-game swing, and you felt like the Cubs had to win.

And it was a close game.

Naturally, the soon-to-be Cy Young, Jake Arrieta, did his part, holding the Giants to no runs on just 4 hits and no walks over 7.2 innings pitch, leaving it to the bullpen to get the final 1.1 outs of the game. Justin Grimm was able to get the Cubs out of the eighth, which left a two-run lead in the 9th inning under Hector Rondon’s protection.

The first batter of the inning, Brandon Belt, led off with a single to left-center field. And Brandon Crawford followed that up with a double, putting runners on second and third. In what seemed like the end of Rondon’s afternoon, Ehire Adrianaza (who?) was then hit by a pitch loading the bases with no outs. Can you feel the sweat on the back of your neck?

But Joe Maddon did not go to his bullpen. This was Rondon’s mess, so he was left in there to clean it up. And yet somehow … he did.

Hector Rondon walked a razor thin tight rope, with two at-bats lasting at least 8 pitches, but managed to strike out the next three batters, stranding all three runners, and winning the game for the playoff-bound Chicago Cubs.

The first batter, Hector Sanchez, struck out swinging on three straight sliders (boy … did he guess wrong). The second batter, Angel Pagan, struck out on eight pitches, fouling four away before going down on a slider, himself. And the final batter, Gregor Blanco, was the toughest battle, lasting 9 pitches and bringing things to a full count, before he watched the final pitch of the game slide past him for a strike.

And here’s another fun fact about this performance: after Rondon loaded the bases, he threw 20 more pitches to the final three batters, 17 of which were sliders. He threw just one fastball (96 MPH) to Pagan and two (95 and 96 MPH) to Blanco. And that’s it.

The first three batters by contrast (the ones who loaded the bases) saw 16 pitches, 10 of which were fastballs, and only two of which were sliders. Talk about identifying a problem and immediately/effectively changing the game plan.

Had Rondon not switched aggressively to his slider in the second half of that inning, the Cubs might’ve seen their Wild Card lead shrink to just 1.5 games that day. And since they dropped 2 of 3 to the Giants just a couple weeks later, who knows where that season would’ve ended up.

From there, that very young Cubs team wound up getting a TON of valuable postseason experience in 2015 – the sort of experience that might’ve helped them navigate a Game 4 comeback against the Giants in the 2016 NLDS, or even a scary Game 6 matchup against Clayton Kershaw and the Dodgers in the 2016 NLCS … or even, say, a 3-1 deficit to the Indians with the final two games on the road in the 2016 World Series.

That Rondon outing. It was very important.

What an absolutely wild game. What an incredible performance. 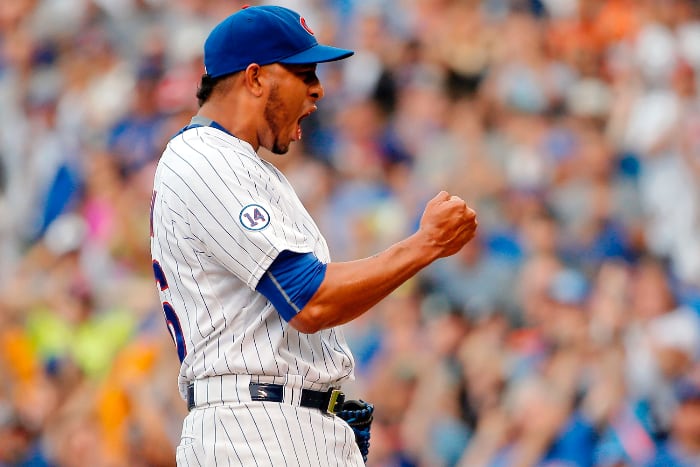