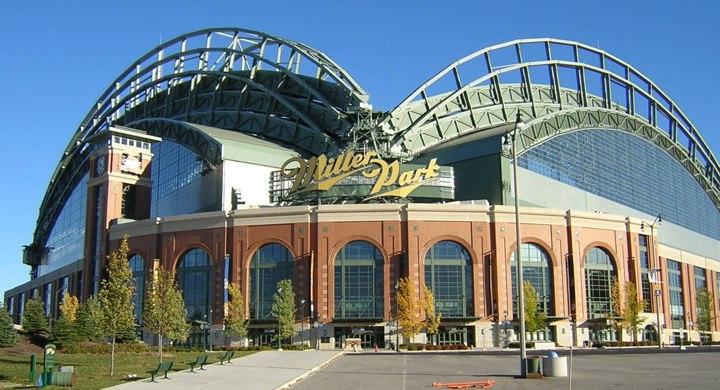 Today is a weird one, folks. Although ballparks around the country are currently closed, that is not an invitation to use them as your own personal art canvas.

That’s what this dude tried to do at Miller Park:

The intruder who entered Miller Park last week hijacked a tractor and tried carving his name in cursive on the grounds, causing $40,000 in damages. https://t.co/sbfSyarIUF

The guy was not successful.

The criminal complaint describes how Lambert entered the stadium on June 2 after finding an unlocked door and wandering to the playing field with grounds crew present. He told police he decided to commandeer the tractor because he had never driven one before and wanted to carve his name into the grass with the tires.

The tractor didn’t move fast enough for that to happen, but Lambert nevertheless drove across the field while raising and lowering the front bucket, damaging the pitcher’s mound and digging holes elsewhere on the field, according to the complaint.

TALK ABOUT HOLES ON THE ROSTER, AMIRITE!

One time, I got yelled at by Wrigley Field security for leaning forward in the bleachers to try to touch the ivy. (Don’t do it, kids!) But I can only imagine what they would have said if I instead tried taking a tractor for a joyride. Also, give me the bullpen cart every time over a tractor.