Ryan Dempster Was Crazy 10 Years Ago Today, Injuries in a Short Season, and Other Cubs Bullets Skip to content 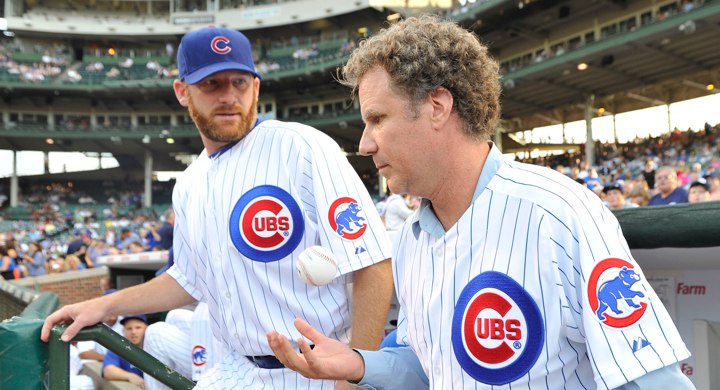 Well, it was a rough one at the Taylor House yesterday afternoon, with all of the following things happening in relatively quick succession: The Littlest Girl tumbled into a chair and gave herself a shiner, The Little Girl dropped a huge stone on her big toe and she’s gonna lose that nail, and The Little Boy inadvertently discovered part of a deceased pet we buried last year and understandably freaked out. That was an afternoon.

BUT I think about each of those things, and I think about how each one easily could have been so much worse. So I’m actually pretty grateful.

•   We got a great question from BN’er Charles, and I wanted to mention it here – not because we have an answer (yet), but because the very act of the question is illuminating about some of the ongoing negotiations. In essence, Charles asked what happens to the Injured List timelines in a shortened season? And how does the “taxi squad” of “extra” players relate to injured players? Well, right now, the league had been set on having a 10-day minimum IL stint for injured position players, and a 15-day minimum for pitchers. In a season that lasts just 50 games, do you leave those alone and risk players playing through injuries because they don’t want to miss a quarter of the season or more for a mild issue? Might the league shrink those lengths a little bit, and just deal with the resulting “gaming” that teams would do?

•   Relatedly, about the taxi squad, I’m imagining that the 20 or so players in that group will be somewhere near a team’s home base, working out, training, and playing simulated-type games pretty regularly for the season. That way, they stay sharp enough to fill in if they’re “called up,” but also then they are in position to play games *with and against* rehabbing big leaguers who are on the Injured List. But, like I said, all of this is just guesswork, because as Charles’ question implies, we don’t yet know this stuff for sure.

•   This headline actually undersells the story, since Dempster was already in Milwaukee, then went out partying in Chicago until about 5:30am and then came back and started in Milwaukee at 1:10pm that afternoon:

Ryan Dempster partied with the Blackhawks after 2010 Stanley Cup win and pitched for the Cubs the next day:https://t.co/AgJB6Z894g

•   Most importantly, he did not stink for the start – which was 10 years ago today – going 5.1 innings and allowing a couple earned runs. Wasn’t one of his better starts that year, but he gave the Cubs a chance to win. And the native Canadian got to do some serious hockey partying. I don’t blame him. As Dempster put it:

“Sometimes I don’t highly encourage those kind of things, but every once in a while when you have something special like the Stanley Cup coming through, you have to make exceptions but be willing — if you’re going to stay out with the owls, you gotta get up and soar with the eagles in the morning.

“For a Canadian kid, I grew up watching hockey night in Canada, I loved hockey. To be able to hold the Stanley Cup, to sip a beer out of a Stanley Cup, what an incredible moment at a time that I’ll forever be grateful for those guys sharing a little bit of their time with their trophy with me.”

•   Bonus aside, sometimes I think we forget just how good Dempster was for the Cubs for a long time:

•   It turns out that Scott Boras isn’t allowed to give money to minor league players, as he’d previously indicated he was going to do – so it goes to charity, instead:

•   More from Theo Epstein on this moment in history, and the relationship to baseball organizations:

•   No, I don’t think this means Jason Heyward is leaving Chicago – he does have two new dogs, though, so maybe he wants a yard:

For you night owls, some breaking Elite Street news: Cubs right fielder Jason Heyward lists Gold Coast condo — one of the priciest homes among a Chicago athletes — for $7.6 million. https://t.co/iApzA59tvd

•   Ear buds, water bottles and tumblers, and more are your Deals of the Day at Amazon. #ad

•   This made me smile about a baseball thing:

I set the table for today @BleacherNation.

Because we assume so much of the Cubs pick hinges on which top 14 dude drops, this should be an especially fun draft to watch unfold.https://t.co/Igiin8XwAq

.@PJ_Mooney has more details and some key names to be looking at when the Cubs pick at 16 https://t.co/OLmXT4QNZv