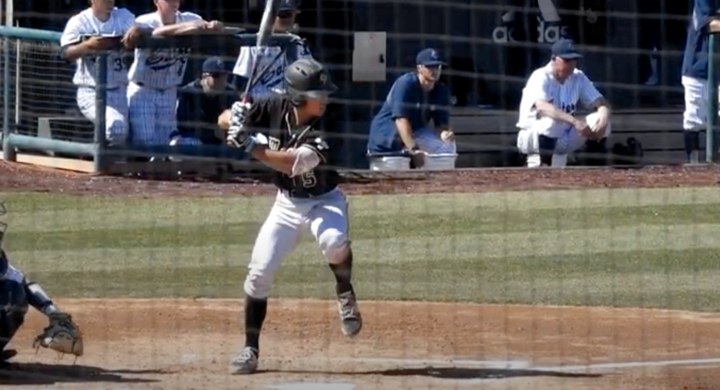 Beesley is a smaller guy who appears to have had a little more hype in his earlier college days before trailing off a bit. He was a four-year starter in college, and also played a couple years in the Cape Cod League (wood bats), where the Cubs love to take hitters who’ve had that experience. He hit pretty well in his two years there, and that’s probably what stood out to the Cubs:

Beesley was the 429th ranked prospect in the draft, per BA:, and his profile reads as a high-contact, speedy utility outfielder type:

Beesley started all four years at Cal Poly and hit well in the Cape Cod League two years in a row while swinging a wood bat. He’s an undersized contact hitter who sprays the ball around. Beesley lacks power and could walk more, but he knows his game and gets the bat to the ball. Beesley is a plus runner with an above-average arm and plays an average center field. He has the tools and mature instincts to play all three outfield positions.

More on the UDFA process this year earlier today. And some video: