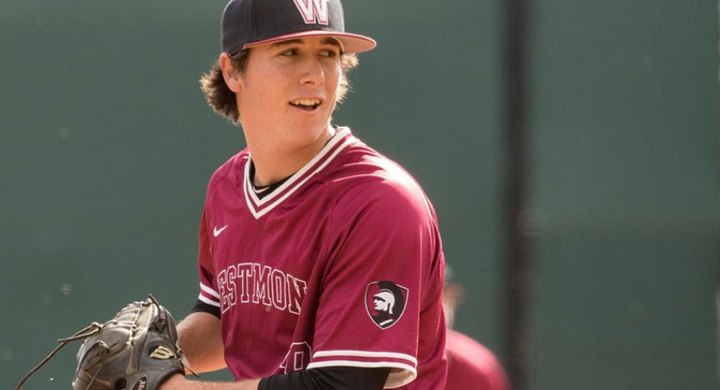 By our count, the Chicago Cubs have signed at least nine undrafted free agents so far since things opened up yesterday, and you can read about them here, here, and here, and now also here. As in this post. Like, those first three posts covered seven guys, and now here’s two more. Hey, man, I told you this new, weird system was going to take some adjustment, and that apparently covers awkward intros.

The Cubs have signed junior college outfielder Jacob Wetzel out of Frederick, Maryland, per himself and his amazing Twitter handle:

Officially signed with the cubs! Fly the dub baby⚡️ pic.twitter.com/VWWHhyoBwC

Wetzel, 20, had a challenging path to winding up with the Cubs, having been a quality high school two-sport player who was not drafted, then leaving Old Dominion after a year because of depression, and then having to try out to play on his hometown junior college club in Frederick. Not only did he make the team, he raked (.377/.510/.667). He broke school records, and was doing it again this year when things shut down.

The Cubs immediately targeted Wetzel for signing – indeed, they had been in on him for a long time, as recounted by the Frederick News Post:

Since the fall, long before anyone knew about what COVID-19 was about to unleash, Wetzel, a former two-sport star for Walkersville High School who had torn the cover off the ball in his first season at Frederick Community College, had been having extensive conversations with an area scout for the Chicago Cubs.

Those discussions had progressed to the point that Cubs president of baseball operations Theo Epstein, who had a large hand in ending two of the most fabled championship curses in baseball history in both Boston and Chicago, decided to check in with Wetzel on the phone.

“It was exciting,” Wetzel said. “I didn’t think that I would be speaking with the president of the team. Seemed like a normal guy.”

Wetzel’s unique story really underscores how crazy this year – of drafting, recruiting, developing – is going to be. It’s not at all hard to imagine, if Wetzel had raked again this year at a quality juco, he likely would’ve been on draft radars for a later round selection. Maybe even higher. It’s pretty impossible to know, because there is so little exposure available.

Another signing reported by the signee, himself:

So incredibly excited for the opportunity to sign with the @Cubs !
Forever greatful to @CoachRuiz23, @TCougoule21 and many others for always believing in me. Go cubs! @NAIABall @Westmont pic.twitter.com/zLCFK1UKDS

Reid, 22, was the closer at NAIA Westmont College, posting utterly absurd numbers in the process:

Congrats to Westmont alum @BaileyReid39, who was signed by the @Cubs. The right-handed pitcher didn’t allow a run in 14 games covering 12 2/3 innings in 2019. In the coronavirus-shortened 2020 season, he pitched 9 2/3 innings, allowing just three hits while striking out 20. pic.twitter.com/Ft7Uod71NJ

Clearly, Reid was just too dang good for his competition, and now he’ll get a shot to see how it plays against fellow professionals.