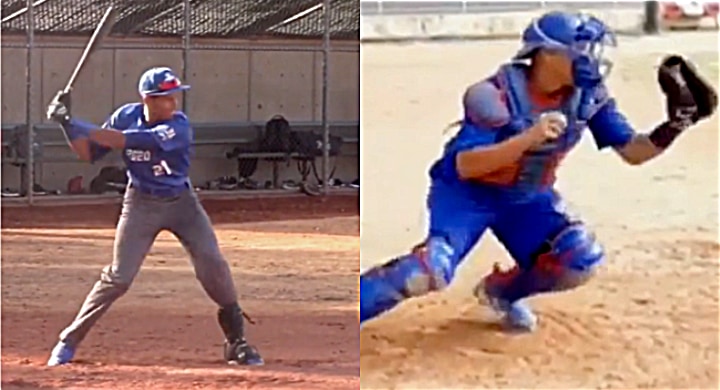 I’ve actually gone back and forth on how much the latest change to the league schedule matters. On the one hand, it pretty clearly sucks from a fan perspective, and could negatively impact a few key development tracks for the Cubs, in particular. On the other hand, relative to a delayed season, immensely shortened draft, MiLB shrinkage, and ongoing labor strife … it’s maybe small potatoes?

Here’s the news you see up there in the headline:

NOTE: January 15th was the furthest date MLB was allowed to postpone the 2020 IFA period, per Baseball America’s interpretation of the March agreement. In addition, the postponement, alongside the decision to cut the draft by 35 rounds, was made in part to reduce spending for big league teams in 2020.

Some fans out there might not even recognize the significance of the change and I don’t blame them. So let’s start with the context.

In the absence of an international draft, young players from other countries make their way into the minor league organizations of big league teams by way of international free agency, a highly structured and regulated (in certain ways) apparatus of player acquisition. The backbone of the system is the IFA period which historically opens up on July 2nd and remains open until the following June. The length of the period matters fairly little, however, because of two reasons: (1) most deals are agreed upon well before the period even opens up, and (2) each team has a hard-capped bonus pool from which they can draw to sign players.

In the past, you could exceed your bonus pool and pay a fine/be forced into the penalty box for the following period (a strategy the Cubs employed often). And more recently, you could trade for more bonus pool space (up to 50% more, in fact). This year, however, teams will not be allowed to trade any of their bonus pool space, which has since been allotted, thusly (via Baseball America):

So circling back to the date change, no, the timing of the next period somewhat doesn’t matter. The Cubs are almost certainly not at risk of losing any deals to which they’ve already informally agreed and nothing about their bonus pool is going to change. Moreover, given the expected absence of a minor league season altogether and the fact that most of these 16-17 year-old prospects wouldn’t be training stateside this season anyway, the delay isn’t a particularly big deal (there are some potential Rule 5 implications down the line, but there’s some disagreement on whether that’s actually an issue. For now, let’s just call it TBD).

But the Cubs are set to sign arguably one of the single-most exciting prospects available, 16-year-old shortstop Cristian Hernandez, and as a fan, I want to start gushing over him as soon as possible. He is, by all accounts, the Cubs’ most well-regarded IFA since the days of Eloy Jimenez and Gleyber Torres (though, in fairness, he is not regarded now as quite on the same level as those guys were then).

Unfortunately, until he’s officially a Cub, we’re not going to get any comments from guys like Theo Epstein, Dan Kantrovitz, or Jed Hoyer. So no fun prospect gushing now for another six months.

And, of course, Hernandez may be the Cubs most exciting IFA, but he’s not the only top young prospect they figure to add in the period.

Perhaps more importantly, I want these guys to be under the Cubs’ care as soon as possible. Their development may have a long horizon, but everything from basic training to nutrition and philosophy can begin as soon as they’re folded into the organization. And it could have a lasting impact on their long-term development. That may seem trite, but for a guy with as much potential as Hernandez, I just want everything to start as soon as possible – including him getting his money – and this decision delays that possibility by six months. Bummer.