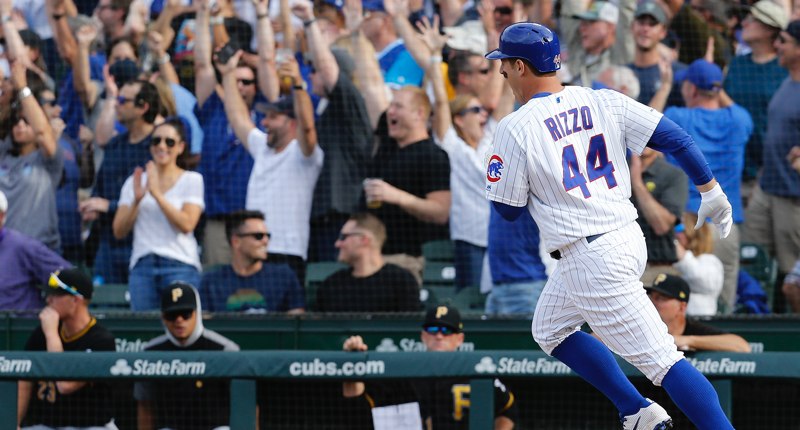 Welp, the day has arrived for me to restock up on chargers, because Anker chargers and gear are a huge deal of the day at Amazon today. As I’ve mentioned, it was already a problem that our chargers just disappear (or get destroyed because literally no one in the house is as careful as I am about, you know, not spilling drinks on everything?). But since the quarantine era hit, the chargers and cords and stuff just vanish so quickly. It’s one of the more ridiculous experiences of my parenting life. So, anyway, time to order some more and hide half of them.

•   Dr. Fauci, who has always been pragmatic about the ways you could safely play baseball this year (well, as reasonably safely as possible), is reminding folks that playing too deep into the calendar is likely not going to be a good idea.

Dr. Anthony Fauci believes MLB would be wise to end a potential 2020 season in September before the coronavirus risk rises with the cold in October. https://t.co/SE2asu8TwT

“If the question is time, I would try to keep it in the core summer months and end it not with the way we play the World Series, until the end of October when it’s cold,” Fauci, director of the National Institute of Allergy and Infectious Diseases, said in a telephone interview with The Times on Tuesday. “I would avoid that.” ….

Nonetheless, Fauci said, playing in July likely would be less risky than playing in October.

“Even in warm weather, like in Arizona and California, we’re starting to see resurgences as we open up,” Fauci said. “But I think the chances of there being less of an issue in the end of July and all of August and September are much, much better than if you go into October.”

Fauci said he understood that minimizing risk is one factor for baseball, but not the only one.

•   Not only do you run into the possibility of easier COVID-19 transmission in the fall, you also run into flu season. And if we were hit with a particularly bad flu season this year, your essential health services become all the more at risk for being overrun, which increases deaths unnecessarily. Don’t get me wrong: I don’t think the owners are being entirely altruistic when they say the season should not run too deep into the year (I anticipate the primary motivations are (1) fewer games means less pay, and (2) TV contracts for the postseason are supposed to be fulfilled in October), but I do agree with the conclusion. Given the relative brevity of the postseason for most of the teams involved, I don’t think we have to treat October 1 like some hard and fast deadline, but I think Dr. Fauci’s admonition does underscore that, yes, the regular season should end in September if at all possible.

•   To that end … the clock is still ticking. Every day a deal doesn’t get done is another day that we lose baseball games. If there is to be a season at all, here’s hoping yesterday’s silence was because there were finally actual talks going on behind closed doors.

•   Well, I shouldn’t say total silence, because there were some comments from Yankees President Randy Levine, which I have to say, did not at all comfort me:

2/Under the March 26 agreement, the commissioner has the right to schedule the games as long as the players are paid pro rata. I don’t believe that the issue is any longer about the number of games or money. What I understand it is about is negotiating and reaching a conclusion

4/ get in a room and finalize these issues. The players agreed to negotiate them in the March agreement. So let’s get everyone in a room now and resolve these issues so we can play ball."

•   If Levine is saying that the league’s position is that length and pay are complete, and the only things left to discuss are health and safety, then he’s saying the league does intend to mandate a season. But Commissioner Rob Manfred just indicated that wasn’t the case, and multiple reports clearly lay out that MLB doesn’t want to mandate a schedule unless the players agree to waive their right to file a grievance about the negotiations on the length/pay. But to get the players there, you have to actually negotiate – wait for it – about length and pay. So his comments are nonsense, at best, or more aggressive posturing, at worst. It just reads like more efforts to pin this whole thing on the players instead of just – once again – doing the most obvious thing possible: propose a deal that involves prorated pay (you just said you were OK with it!) for a certain length of season and expanded playoffs. Then let the players counter on length. Boom. Get it the eff done.

•   Speaking of wanting to get something done, hearing Anthony Rizzo and Ian Happ talk wistfully about Wrigley Field and about wanting to play baseball … it’ll get you:

This is for all the players and all the fans. We want you to wear it proud #TellUsWhenAndWhere @obvious_shirts https://t.co/PmWg79kEXB pic.twitter.com/8hZ5bc0ovY

Ready. Tell us when and where. pic.twitter.com/9KBeIg8fyx

•   The ratings for the Mark McGwire documentary were absolutely terrible:

Only 775,000 viewers for premiere of "Long Gone Summer" on ESPN on Sunday night. Closest comps since @30for30 started:

•   The promotions were a mess, and the doc, itself, was kind of a disaster, but I feel like the biggest ratings impact was the antipathy that had grown all around baseball in the two weeks before the doc. I can tell you that this is the kind of meta thing I pay very close attention to, and when the doc slate was announced, people around baseball were very hyped to tune in. But by the time the week or two before the documentary actually arrived, people were just flat out not interested in extra baseball stuff. Why would you get hyped about baseball memories at a time when the sport is being held from you because of money? This is the kind of thing that it still feels like the owners are not properly appreciating. Sorry that it all keeps coming back to that, but right now, it kinda does.

•   A huge part of the process for next year’s draft kicks off today:

The biggest “thing” in the Cubs organization today is the start of the 2021 Draft high school summer showcase circuit. Each org is allowed 3 scouts in Hoover, AL for PG National, and while I don’t know who’s there for the north siders, I’m sure there are three. https://t.co/lAcVoCbAlv

•   HOW is this GIF not in more heavy rotation:

•   The Cubs can win something this year if you go here and click a button:

We. Have. The. BEST. Fans!!
Thanks to you, we have advanced to the finals of the Best of the Ballparks contest.
You know what to do for the next four days.
VOTE. VOTE. VOTE. #Cubs fans = BEST fanshttps://t.co/NT2hi1SXbC pic.twitter.com/K4n5mmTPwT