Happ Has Thoughts on Pitchers Hitting, Garrett Not Scared of Schwarber, and Other Cubs Bullets Skip to content 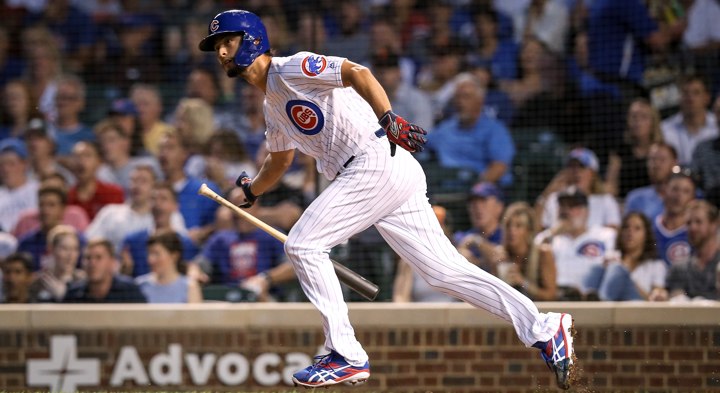 Today is June 19, the anniversary of the local proclamation of freedom for former slaves in Texas in 1865, the last area to gain word of what had already been decided by the Emancipation Proclamation and the Civil War. Today, the anniversary is celebrated as the Juneteenth holiday, which is rightly and necessarily getting additional attention this year. For more on the day and increasing traction to make it a national holiday, see here.

•   The DH is likely coming to the NL for good, Ian Happ out here landing HAYMAKERS on his pitchers:

•   You gotta have some big cajones to drop names like that! Jon Lester gonna give Happ the stink eye …

•   No, but seriously, Happ has the respect of his teammates, so he’s free to make that point however he wants, and personally, I think he’s more right than he’s wrong. The quality of at bats offered by pitchers hitting isn’t my primary argument for wanting the DH in the NL (for me, it’s about having the same rules between the leagues), but it’s definitely in the mix. And consider the example Happ offered of the pitcher who has not hit since high school – that’s a real thing for some guys – and then he’s expected to face MAJOR LEAGUE pitching and put the ball in play. Get outta here. It’s silly, and it’s a vestige of a world that existed 60 years ago, not today.

•   That said, sometimes Kyle Hendricks, Yu Darvish, and Jon Lester do great things at the plate:

•   The Cubs have had some *relatively mild* incidents with Reds reliever Amir Garrett over the years – for example, when Javy Báez hit a granny off of him, then Garrett held onto some disappointment about that for a year, then Javy got annoyed when Garrett celebrated a strikeout. After the Javy stuff, you had Kyle Schwarber continuing the very-mild-beef a year later, letting Garrett know it was time to head back to the dugout, at which point Garrett had some fun. Anyway, I mention it because here’s a look back at that moment, and Garrett underscoring that, no, he’s not actually afraid of Schwarber:

To be fair, pretty sure he's not afraid of anybody: pic.twitter.com/mPBdir6wUC

•   Good on Albert Pujols (and not so good on the Angels):

NEW: When the #Angels stopped paying their employees in the Dominican Republic this month, Albert Pujols stepped in: https://t.co/zNDdPhUq9h

•   That’s a reminder, by the way, that a lot of MLB organizations have decided on keeping employees through June, only. Well, there are under a couple weeks left in June, and that decision was based – presumably – on the idea that a plan would be in place for baseball long before June ended. All the more reason for MLB to get a deal done ASAP, to provide clarity and peace of mind for thousands of baseball employees. (Or, of course, teams could just commit to paying them regardless. Just sayin’.)

•   A whole lotta tools are your Deal of the Day at Amazon today, and I also see that the newest Apple Watch is a hundred bucks off today. #ad

•   Today, baseball is back in Japan, as the NPB opened its season. Although the country had a little bit more of a challenging time containing the novel coronavirus than did other countries where baseball long ago returned (Taiwan, South Korea), it is still nowhere near the level of additional struggle we’ve inflicted on ourselves here in the States. It was always going to be extremely challenging for a country like the US to work through something like this, but every time I see a major sport in another country return long before it is possible here, I am reminded of what a dog-shit job we did early (and also what a dog-shit job some states are doing even today). At least I get to watch some new baseball highlight clips: