Darvish Showing Off, Terrible State of Things, Important History, and Other Cubs Bullets Skip to content 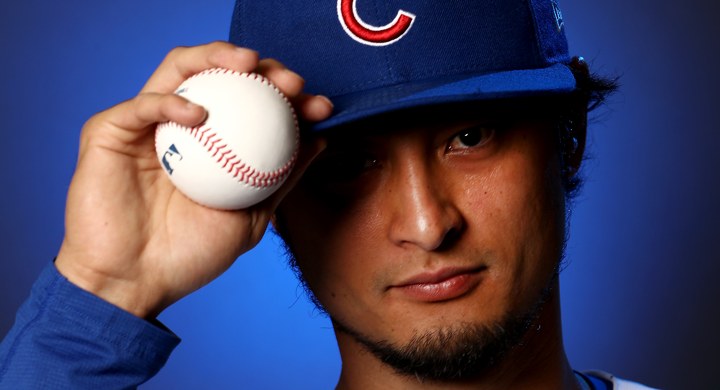 Advice: if you use Paypal, or have in the past, you might take a minute to go over there to make sure you don’t have any old subscriptions set up and/or old bank accounts linked. Because, uh, you might wake up to find that somehow a bank account that has been closed for years just got charged in your name, which leads to fraud alerts and all kinds of issues …

•   Yu Darvish showing off his new pitch, The Supreme, in action:

•   So, that’s a hybrid splitter-two-seamer, which has the fade of a nasty changeup, and yet comes in at 93 mph. Commanded well, it would be absolute death for lefties, *especially* because he can pair it with his REGULAR nasty splitter, which comes in about four or five MPH slower (to say nothing of it working off of the four-seamer, which he gets up to 96-97 mph … and those are just three of his pitches working away from lefties!).

•   There, got you something fun and nice and actual-baseball-ish to start off the Bullets before turning to Joel Sherman to accurately, and depressingly, sum up the state of things (though I’d note that even Manfred concedes he explicitly told Clark that the players could submit a counter to the 60-game proposal):

1/Player side: 3/26 deal said players get prorated. Owners tried to keep them from that, then to shorten season to as little as possible if they had to pay prorated. MLB side: Players understood in March that if games were played without fans there would be a need to lower salary

3/bad faith by the other. Both sides claiming off-camera bogeymen have steered the negotiation. Players declaring many owners don't want to play at all, so certainly want to play fewest games possible. Owners saying Boras hijacked talks to his style and his agenda. So where are

5/will likely grieve. Players will show up unhappy. So it will be continued nasty battle, unhappy players and trying to work within a pandemic. This is bad, bad, worse.

•   And, of course, none of any of that goes to the biggest hurdle the league faces, even as we see little evidence of the sides working together to really focus on the actual enemy here:

A senior MLB official tells me the virus is a “much bigger threat” to the season than the labor battle. They’re carrying on with the plan to have teams in their home ballparks, but recognize it could all fall apart quickly.

•   When even Buster Olney at ESPN is railing on the league, you know things have really turned sour:

The short-sightedness of this — the incrementalism — is mind-boggling. https://t.co/4xTiDkLVEF Wouldn't they want to protect the brand? Wouldn't the risk/reward compel an end to this? This is so penny-wise and pound-foolish.

•   Heads up: the Instant Pot is one of the Deals of the Day at Amazon today, so if you’ve been considering it, today’s the day. #ad

Shawon Dunston joined Cubs 360 for an impactful discussion on the decline in player diversity in MLB. pic.twitter.com/brfA94NbWK

I know it’s crazy to say this given the current sad state of negotiations between the MLBPA and MLB, but Curt Flood should finally receive proper recognition by the league. It’s as much a civil rights story as it is a labor story. I know it won’t happen, but it should. https://t.co/vpUGJe1RuG