The Cubs Produced a Documentary on "The Sandberg Game" and You Can Watch It Right Now!
Search
Skip to content 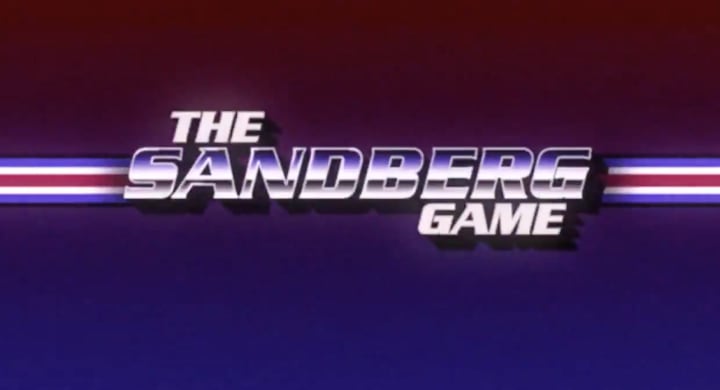 In the absence of live, televised sports, this has become the summer of documentaries. Some of them have been fantastic (The Last Dance), others … less so (Long Gone Summer), but I suppose we’ve gotta take what we can get. And docs are all we’ve got right now.

The newest entry is direct from Cubs Productions, and it’s a 46-minute special on one of the most famous regular season games of all-time. “The Sandberg Game.”

A Cubs-Cardinals matchup is always electric, but the meeting between the rival teams on June 23, 1984, was truly special. It was a beautiful Saturday at Wrigley Field and the game was broadcast nationally as the Game of the Week. The Cubs rallied from behind led by Cubs second baseman Ryne Sandberg. Sandberg went 5-for-6 with two late-inning home runs off of Cardinals closer Bruce Sutter and seven RBI to propel the Cubs to a dramatic 11-inning 12-11 victory over the Cardinals.

It became the cornerstone of Sandberg’s MVP season and it let the baseball world know the Cubs were for real as they battled back to the postseason for the first time since 1945 that year. Relive the remarkable day that put the Cubs beloved Hall of Famer on the map in Cubs Productions’ documentary, “The Sandberg Game,” presented by Budweiser.

I’m sure most of you reading this post have some casual/passing knowledge of the game itself – and if not, the documentary is sure to help – but before I turn it over, I just want you to see the win probability chart from FanGraphs. It really helps illustrate just what was so special about this game.

Check out this roller coaster:

In other fun, retrospective analytics news, Sandberg had a WPA (win probability added) of 1.04 for that game, which is extraordinarily larger than his second best single game WPA of the season (.33). He finished that season with the 10th highest total WPA in MLB (4.29), right behind Don Mattingly of the Yankees (Tony Gwynn led the pack with 7.39 WPA!).

Alright no more delays. Just sit back, relax, and enjoy “The Sandberg Game.”