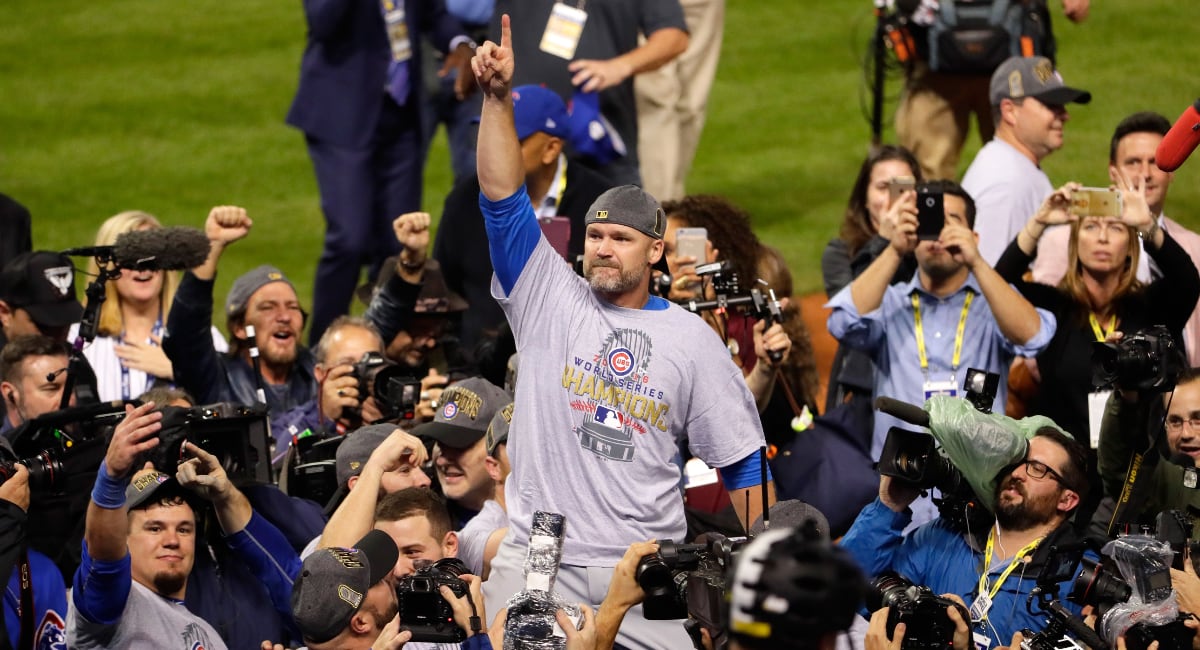 Earlier today, I took a look at the Cubs strength of schedule under the new 60-game format, as well as their odds of reaching the postseason according to ZiPS. And in so doing, I learned two things: 1) Holy crap … did I miss writing about actual baseball stuff and 2) although a tight divisional race should be expected, the Cubs actually project as well as anyone in their division this season.

Indeed, I think it’s been far too easy to lose sight of how well-positioned they are for 2020, given the way the last two years have gone (on the field and in the offseason). And as it turns out, that’s a fairly common assessment.

While the 2020 projections believe this is ultimately the Cubs division to lose, some oddsmakers see things a little differently.

The oddsmakers at FOX Bet consider the Cardinals a safer pick for the World Series than the Cubs, who are tied with the Mets for the 6th best odds in the National League:

I suppose you can fairly say, then, that strictly by the numbers, the Cubs are a good World Series bet this year. At least, for now. 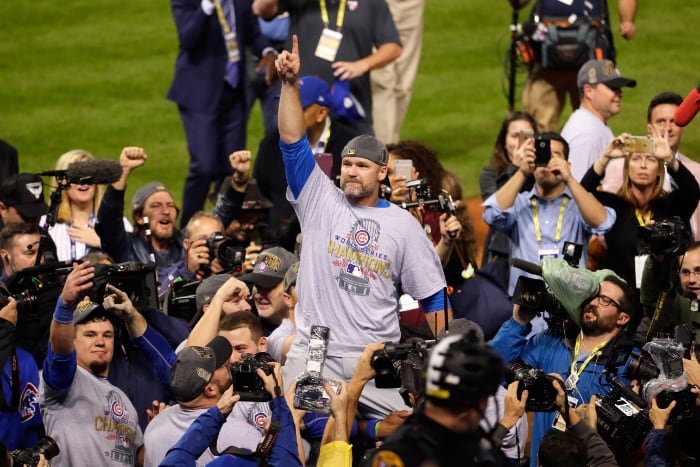 From the universal designated hitter, to the 60-game season, to the 30-man/26-man daily roster, this season is going to feel wholly different than anything we’ve seen before. But I can tell you with certainty that the extra-inning rule change will be the most jarring.

As I’m sure you’re now aware, all extra-innings in 2020 will begin with a runner on second-base, in an effort to avoid any exceedingly long contests. And to be fair, there’s plenty of evidence that it’ll work. According to JJ Cooper, 45% of extra-inning minor league games were resolved after just one inning before the rule change, compared to 73% of all extra-inning games thereafter. That’s pretty significant.

But the existence of the rule, itself, is not my biggest concern. Instead, I fear we’re just not fully prepared for it. As I’ve implied, this rule didn’t come out of nowhere, but unlike the universal DH, it just didn’t feel like it was all that close to making an appearance in the big leagues. And because of that, I don’t feel like we’ve taken the appropriate amount of time to really internalize how much it’ll affect the strategy and results at the end of a game.

So in the top of the 10th, bunting makes very little sense–good chance you need 2 runs.

Bottom of the 10th, if the opposing team has scored 0 or 1 run, more useful strategy.

What Cooper is saying here is that although it may feel like bunting that runner over and sac flying him home is the best strategy, that may not actually be the case for the team batting in the top of the 10th inning. In reality, you may be sacrificing 2 outs in exchange for one run, when in reality you’ll need at least 2.

Obviously, the calculus is different for the team in the bottom half of the inning, but I think we’re going to see managers figuring this out on the fly. There may be some teams with completely different strategies, because there just isn’t enough experience or data to confirm exactly the best route. I think it’s fascinating.

There are other aspects of the game that may look completely different this year, compared to years past, but I believe we’ll see some more uniformity on this front across teams.

Dave Roberts said the #Dodgers are planning to begin the regular season with a 5-man starting rotation. He added that he doesn't anticipate starting pitchers going beyond 4 innings per game during their first turn through the rotation. @MLB @MLBNetwork @MLBNetworkRadio

The Dodgers will roll with a five-man rotation, unsurprising, but will limit their pitchers to about 4 innings per start for at least the first turn through the rotation. Yes, we will see a “Spring Training II” before the regular season begins, but it’s not going to be particularly familiar, which is to say nothing about the different between-game routine every starter will be forced to navigate – and master – in a very short amount of time.

For the longest time (well from about 2014-2018), most Cubs fans believed that Chicago was among the best-suited teams for the designated hitter. Even those that *extremely* didn’t want to see a universal DH could concede that the Cubs massive collection of hitters – that at one time included Jorge Soler, Daniel Vogelbach, Addison Russell, Gleyber Torres, Eloy Jimenez, Ben Zobrist, and others (in addition to the other, obvious regulars) – would have a leg up on the rest of the league, should the DH come to the NL.

Kyle Schwarber, alone, has gotten more “he should be a DH” comments than any player in recent memory.

But a lot has changed in the last few years. Not only are all those players gone, Schwarber’s glove (and, more specifically, arm) in the outfield has rated a little better than expected. Meanwhile, other teams in their division have ramped back up into contention and all have quality DH options of their own.

That’s why I’m not surprised to see the Cubs rank 7th in the National League in terms of DH options, behind division rivals like the Brewers (6th), Cardinals (5th), and Reds (3rd).

To be fair, the MLB.com focus is on Kyle Schwarber and Steven Souza Jr., both of whom will see a lot of time at DH and could be ideal for that role, while ignoring the secret weapon that is Victor Caratini. Throw in the marginal improvement of being able to rest Anthony Rizzo and Willson Contreras more, and I wouldn’t be surprised if we have a bit of a “whole is greater than sum of the parts” situation going on in Chicago.

Also, a couple of amazing father-son Griffey moments to round out your Wednesday: