Considerations, Complications, and Predictions for the Cubs' New 60-Man Roster Skip to content 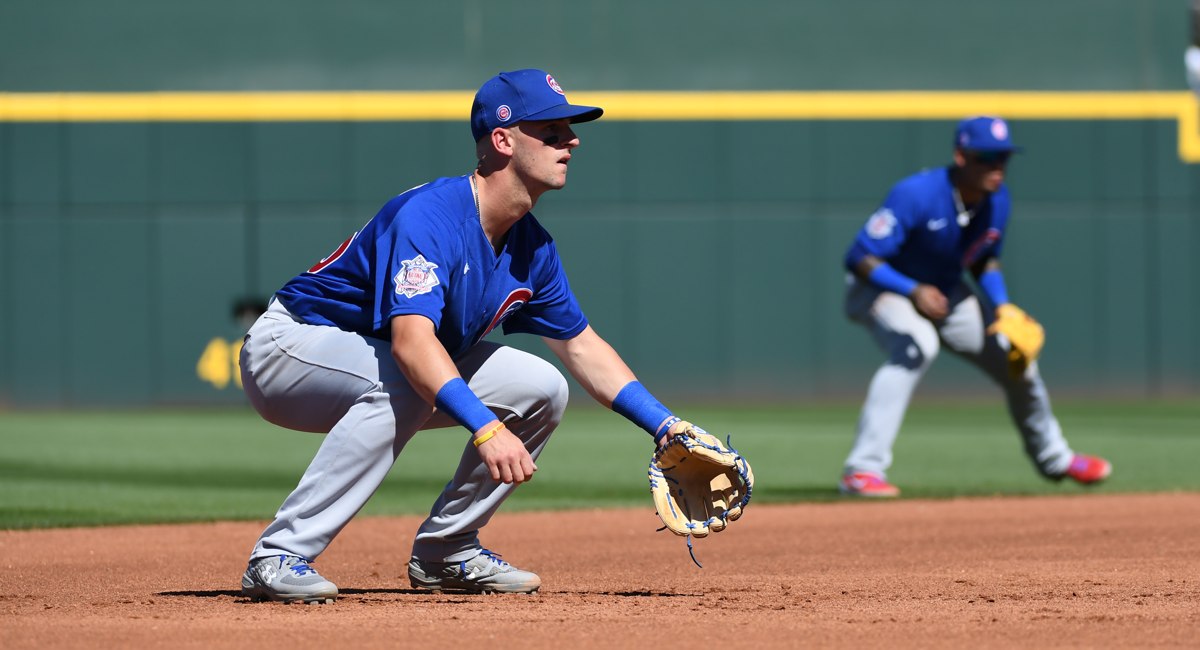 This Sunday, by 3pm CT, the Cubs must send MLB a list of 60 names who will participate in Spring Training Part Two, a sort of expanded roster that will be whittled down to 30 by Opening Day, and then down to 28 and 26 as the season moves along.

Those extra players who don’t ultimately make the big league roster will train somewhere within 100 miles, staying active (and potentially playing exhibition games) in case the big league club has a hole to fill. That’s the “taxi squad.”

Three taxi squad players will accompany the big league squad on road trips. Taxi squad players will not receive service time, need not be added to the 40-man roster unless they join the active roster, and, ridiculously, will receive only their minuscule minor league pay for their participation.

We know 40 of the 60 spots reasonably well enough: you can just say it’s likely to be the entirety of the 40-man roster. If there is a name you *don’t* see me writing about below, and you’re like, “Why hasn’t Bryan mentioned Nico yet?!?!?” … it’s because the guy is already on the 40-man. Right now, we’re talking about the extra players.

The Cubs avoided any serious injuries to that group in Spring Training. The closest was the biceps injury suffered by Manny Rodriguez, but he has been showing off his health and new svelte figure on social media recently. Remember, in addition to all those who were likely contributors in 2020, the 40-man roster also contains top 30 prospects Miguel Amaya, Justin Steele, Tyson Miller, and Zack Short.

If we assume those 40 as locks, we have 20 spots to consider. I divide considerations into three categories.

The Dudes Who Had Non-Roster Invitations to Big League Camp

This list was long in Spring Training, but when the Cubs released 30 minor leaguers at the end of May, the guys they were keeping for the purpose of the big league roster/taxi squad became glaringly obvious.

Four absolute offensive locks to be among the 60 players, all of whom were candidates for the active roster in March: Josh Phegley, Jason Kipnis, Ian Miller, and Hernan Perez. I think we can safely add two homegrown guys to the offensive list, P.J. Higgins and Trent Giambrone. I linked to write ups I had on each in the last year, in which I discussed their versatility and viability as Major League bench options. Both guys were extremely impressive in Mesa this March.

As for pitchers, all the non-roster invitees still in the organization are relievers. From the left side, you have five possibilities: Rex Brothers, C.D. Pelham, Wyatt Short, Danny Hultzen, and Tyler Olson. Brothers was the most impressive during camp, and if the Cubs feel he’s even mildly capable of throwing strikes, he’ll be there. I’ll find it a mild surprise if Pelham or Short make it, as both guys seem like they needed a bit more development to be big league ready. Hultzen and Olson were both hurt in March, so it’s hard to know where they stand, but I think Hultzen would have the leg up in that competition.

On the right side, I’ll first mention two guys that I stumped for the Cubs to use 40-man spots on last winter: Dakota Mekkes and Michael Rucker. Mekkes has stayed active as a member of The Compound, while Rucker was thankfully returned to the Cubs from the Orioles days before baseball shut down.

There are only two other right-handers the Cubs had in camp who weren’t previously released: Brandon Morrow and Jason Adam. The Athletic reported that Morrow likely will not be a contributor to the Cubs this year, so cross him off. Adam was a mixed bag in Mesa, but I think he’s a firm contender for a spot.

The Cubs will consider every potential circumstance in which they need a certain player type, and make sure to have options for that on the taxi squad. For instance, the Cubs 40-man roster really doesn’t offer a natural back-up to Anthony Rizzo at first base. They can make a number of options work, but you might consider having Alfonso Rivas’ excellent glove as one of those possibilities. He’s also a good enough prospect that his development will be worth investing time in.

While Ian Miller is surely the organization’s best speed-and-defense option, could the Cubs carry a back-up for that role? Zach Davis went 40-for-51 on the bases last year and is a great defensive outfielder, so he could be an option. Or maybe they prefer Connor Myers superlative defensive work in the outfield, or (and I’m thinking off the wall here) Fernando Kelli as the single fastest guy in the organization.

Would they want one more right-handed bat, and a guy that kills lefties at that? Mark Zagunis is available. A left-handed bat whose contact abilities suggest he’d be a good pinch hitter? Maybe Donnie Dewees.

If the NRI’s don’t offer enough depth at left-handed reliever (they probably do), you could try out Jordan Minch or Ryan Lawlor. There are also some good options for specialists in righty-on-righty match-ups in guys like Bailey Clark (who has a new delivery and is looking good) and Scott Effross (who is a sidearmer now).

And while I might consider them more for the category below, top 30 prospects Erich Uelmen and Jack Patterson also offer the distinction of being the two best pitchers in the organization at generating groundballs. Uelmen was tried as a reliever during the Arizona Fall League, and I think he’d stand out in that role

How Do You Handle the Prospect Dudes?

This is the big question. Yesterday at The Athletic, Sahadev Sharma and Patrick Mooney wrote that Cubs fans should expect to find some top prospects on the taxi squad, as this might just be the most controlled development the Cubs can offer for the next couple months. They specifically mention Brennen Davis and Brailyn Marquez as two who are good bets to get the nod.

Davis is a bit of a surprise to me, as it would mean spending one of your 60 spots on a guy you had literally no intention on sending to the active roster. But the argument for developing him in the taxi squad bubble, with all the coaching resources that will be afforded, is a good one. If you consider Davis, would you think about Cole Roederer? Or prospects even more raw, like Christopher Morel or Luis Verdugo? I kinda doubt it.

Marquez was always a lock to me, because if he’s looking great near the end of the season, you could make an argument he’s one of the best 26 options for the playoffs. His velocity out of the bullpen would obviously be an elite weapon. And if velocity-driven prospects are to be considered, I think the Cubs have three more that deserve a look: Ryan Jensen, Michael McAvene and recent second-round pick Burl Carraway. All have 100 mph in their recent history.

The Cubs most advanced prospect not on the 40-man roster is starting pitcher Cory Abbott, and I think the 2019 Bleacher Nation Prospect of the Year is one of the safer bets to get the nod.

Might as well go on the record here. I think there’s a chance we see a little player movement from the Cubs in the two days preceding Sunday’s official roster decision. But if we’re only working with the names in the Cubs organization right now, and if we assume everyone is healthy, then here are my guesses for the additional 20 names to be added to the 60-man roster: