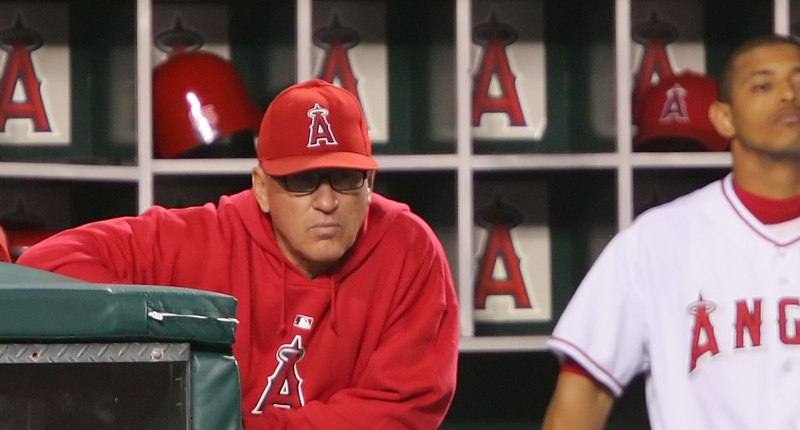 The best kept secret in Chicago is the Vienna Beef Factory store/restaurant in Bucktown(ish), which serves food during lunch time from Monday-Saturday. I live nearby and have gone there about a million times in the past two years. Sadly, they’re closing their doors for good on July 3rd, being replaced by “Drive Shack,” a $40M driving range complex (*fart noise*).

I like fun stuff like that as much as the next guy, but not more than I love delicious hot dogs, juicy Italian beefs, amazing polishes, patty melts, Portillo’s style-fries, and a deli that would hold its own in New York. I’m just very sad, okay? Today is a bad day.

I wonder how many times I can go there from now until the 3rd.

Meanwhile, bits from around the league …

Just like in regular civilian life, COVID-19 is a threat to all those who lace up their cleats next week week in preparation of the 2020 MLB season. But players and coaches with preexisting conditions – and/or of greater age – are at a heightened risk for complications. It’s a potentially serious issue for baseball.

One such person is Joe Maddon, who, at 66, is the second oldest manager in MLB. [Edit – Sorry, sorry, Dusty returning to the game with Astros still feels like a bizarre dream at this point.]

Naturally, Maddon has already begun preparing mentally and physically for the season, commenting that he’s more diligent about his health routine now than he was as a player, while providing some perspective for his team and organization:

Joe Maddon on MLB's return amid complications: “I don’t see anything as being too difficult. Inconvenient and uncomfortable, right? Just know that, accept that, wear that every day…If we’re able to accept that, we’ll be fine.”https://t.co/bdfdtze8GA

The gist of Maddon’s message is that yes, things will be inconvenient and uncomfortable, but the quicker the Angels come to terms with that, the more effective those protocols will be: “If you want to come in expecting the norms that we’re usually accustomed to, then you’re going to be frustrated constantly, and you can’t permit that to happen.”

There are a lot of things I’ll miss about Joe Maddon, but one of the big ones, I think, is his attitude. He’s a thoughtful, considerate, and almost uncharacteristically pragmatic leader. All of which are good qualities at a time like this.

And I can’t wait for the Cubs to beat him in whatever the World Series looks like this year.

Several weeks ago, Ken Rosenthal had the skinny on MLB’s safety manual for dealing with the coronavirus, and at the time it was 67-pages long. Today, it is 100 pages long. As an evolving document, it might wind up adding more before the season even begins.

At Yahoo Sports, Zach Crizer took a look at the manual, highlighting some of the new or notable bits. For example, while there won’t be daily COVID-19 testing, players will be required to use personal oral digital thermometers to check their temperatures before leaving their house every morning. And before you wonder how that’ll be enforced, the results of those tests will be uploaded via a mobile application. Obviously, players can still be reckless, but it’s not like it’s entirely on the “honor system.”

We already discussed the “no arguing” rule this year. But among the other interesting and unusual protocols, you’ll find more towels in the dugouts (for players to lean on as a barrier between themselves and the dugout railing) and wet rags in pitchers pockets to avoid licking their fingers.

Oh, and Mascots are not permitted on the field of play.

Of course, health and safety rules aren’t the only differences this season. If you recall, each organization will have a 60-player pool from which players can be added to their 40-man roster, taxi squad, and active daily roster (a look at how the Cubs might proceed here). However, with these additional rules (and the health considerations therein), those teams that’ve historically enjoyed manipulating roster rules will find themselves hard-pressed this season:

An interesting rule that could affect teams that specialize in massive roster churn:

MLB has told clubs that once they remove any player from its 60-player pool, they can't bring that player back this year.

Players can still go back & forth between big-league team & taxi squad.

So basically, if you want to add someone to the new 60-man pool, you’ll have to remove someone else. And if you do, that guy’s gone for good (for this season).

I expect the Cubs’ front office is already planning ahead for this issue, and considering how best to accommodate movement within that pool of 60 players.

Someone just saved themselves $1.2 billion:

140 days after Steve Cohen had a deal to buy the Mets at a $2.6 billion valuation, which fell apart, 76ers & Devils owners Josh Harris & David Blitzer are offering $1.4 billion for the team, according to the @nypost.

The world is a lot different than it was on February 6.

I don’t have much to add to this conversation, I just found that particularly interesting. And I also wonder – probably without fair justification – if this is just yet another example of the Wilpons’ incompetence. Like, it’s entirely possible that this wasn’t their fault *and* the deal would’ve fallen through before completion even if they hadn’t scuttled it up by adding extra demands. We also don’t know that the final sale price – to whatever group – won’t actually wind up being much higher. But isn’t it more fun to pile on the Mets’ owners?

Cubs and White Sox Square Each Other Up

The White Sox have planned to ramp back up for the season at Guaranteed Rate Field starting on July 3rd, while anticipating a 16-player taxi squad reporting somewhere else (TBD) by July 15th. The Cubs, as we know, are anticipating a similar schedule at Wrigley Field.

But some additional exciting news is that these teams could square up against each other in a few exhibition games (likely the maximum 3) before the season gets underway, according to Cubs President Crane Kenney on 670 The Score.

And considering what this rivalry might mean this season …

The Cubs Could Be Facing the White Sox for 10% of Their Games This Year https://t.co/3blV13ANl1 pic.twitter.com/lXOyJyQghc

… I’m pretty excited to square them up in the “Spring.”

Hey, to that end, I officially second the motion to call this next period of exhibition/ramp-up play “Summer Camp.”

This really is the best name for it. https://t.co/24dc9wGWab

A couple days ago, we learned that the Dodgers intend to roll with a traditional five man rotation this summer, despite the very untraditional schedule, with a four-inning limits on starters the first time through. And I think, for the sake of the pitchers and their familiar routines, that’s likely the best idea, but I’m certainly open to other possibilities.

The Mariners, for example, are likely going to go with a six-man rotation, with pitchers throwing just once a week, for as long as it seems to be working the beginning of the year:

Other news from Dipoto is that Mariners will likely go with a six-man rotation, with pitchers throwing once a week, to start out.

With Yu Darvish, Kyle Hendricks, John Lester, and Jose Quintana on the roster, the Cubs have four obvious starters at the front of their rotation. Meanwhile, Alec Mills and Tyler Chatwood are the obvious candidates for the final spot (depending on how many arms fill David Ross’ first rotation). Chatwood seemed to have a leg up on Mills back in the Spring, and not just because of his contract, but both have shown plenty of promise and upside.

Frankly, I’m not even convinced one of those two couldn’t outperform one of the “front four,” so maybe a six-man meritocracy to start the year is the best way to go.

(Try getting that out of your head, once you start singing it).

Continuing that thread, Joe Maddon intends to go with a six-man rotation this year, which provides even more cover for two-way player Shohei Ohtani to rejoin the rotation after his 2018 Tommy John surgery and last September’s knee surgery.

Remember, the Angels are really going for it this year. They’ve got their World Series manager, Joe Maddon, the best player on the planet, Mike Trout, the big time free agent, Anthony Rendon, the best slugger in the AL, Tommy La Stella (wink), and a revamped rotation led by the most talented two-way player since Babe Ruth, Ohtani.

They’re going to be one fun team to watch.