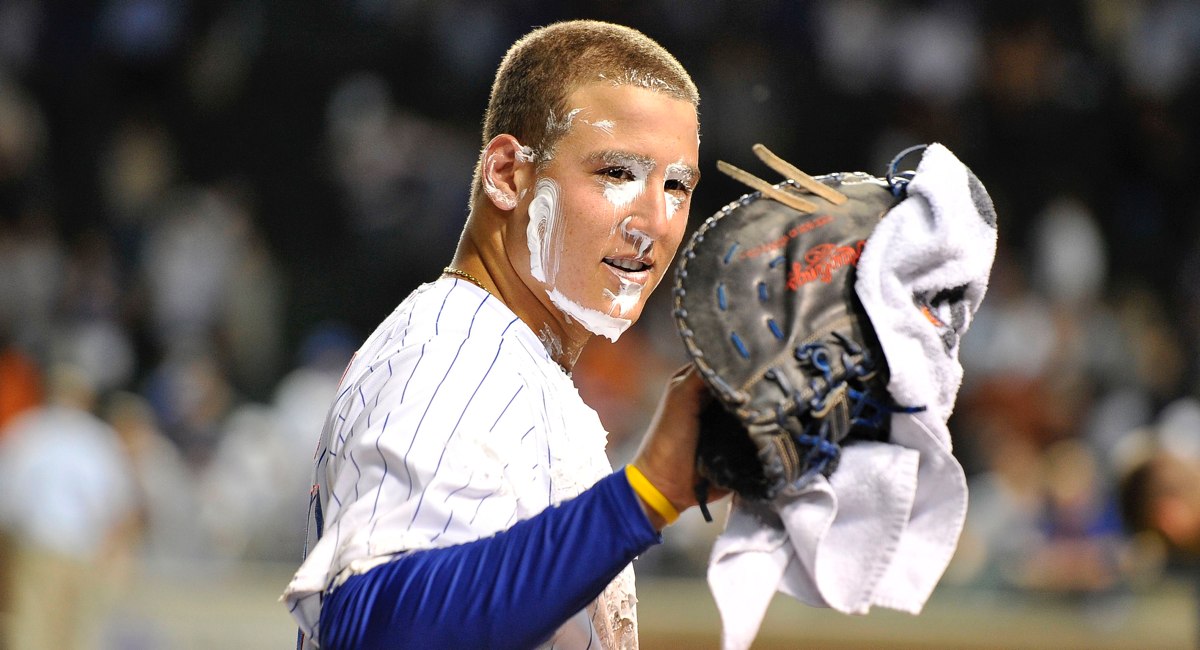 It was one of the first major moves of the current Chicago Cubs front office, acquiring first base prospect Anthony Rizzo from the San Diego Padres in a deal primarily for pitcher Andrew Cashner. Although Cashner would go on to be a pretty solid starter for the Padres, clearly, the Cubs got the better end of that trade.

And it was on this date eight years ago – it’s been EIGHT YEARS – that Rizzo made his debut with the Cubs.

The Cubs went on to win that game over the Mets 5-3, one of just 61 wins that year, finishing just ahead of the Houstaon Astros – yes, who were still in the NL Central for Anthony Rizzo’s debut. That’s how long it’s been!

As for the debut, Rizzo got the business from former Cubs starter Matt Garza: