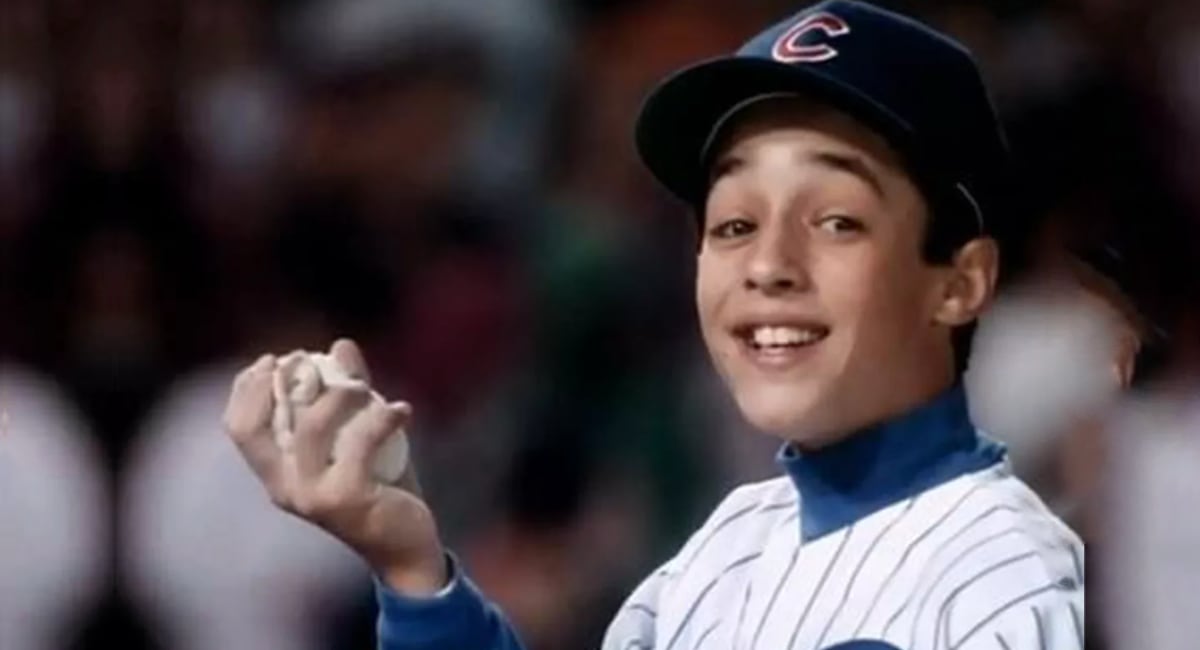 As a young Cubs fan growing up just outside the city of Chicago in the 1990s, I was an absolute sucker for the movie “Rookie of the Year.” Who wasn’t?

Henry Rowengartner was literally living my dream, playing for the Chicago Cubs as a 12-year-old little leaguer with a rocket arm. And while I may have been introduced to “The Sandlot” first, “Rookie of the Year” very quickly meant more to me – especially when I was about seven years old and Sammy Sosa started dropping baseballs on Waveland Avenue every other day. It was just the perfect storm for a baseball-obsessed little kid like me.

I mean … my dog’s name is Henry for a reason.

Henry and I are pulling for a @Cubs win tonight! pic.twitter.com/fqeqx6Cfqx

Okay, so in case you’re unfamiliar with the movie, it’s about a kid who breaks his arm, but is able to throw 100+ MPH once it heals, because of a medical abnormality. After that, the Cubs catch onto his story and add him to the roster to make some money, some Mets guy with a mustache makes him cry, he learns some valuable lessons about friendship, he says “HIGH! STINKY! LIMBURGER!,” and the rest is history.

But when I was thinking about the movie recently, I started wondering about how hard he was actually throwing. And how that would look relative to today’s game.

So I decided to look it up. Based on my half-a** internet research, Rowengartner dials it up to about 103 MPH at the top end of the spectrum in this movie, which is obviously one heck of a fastball at any point in time, but especially for 1993.

While we here in 2020 have seen plenty of guys with 100 MPH fastballs – and even a very occasional 103 – that wasn’t necessarily the case almost 30 years ago.

In fact, fastball velocities have been rising at absolutely ridiculous rates, even over the past 10-12 years: 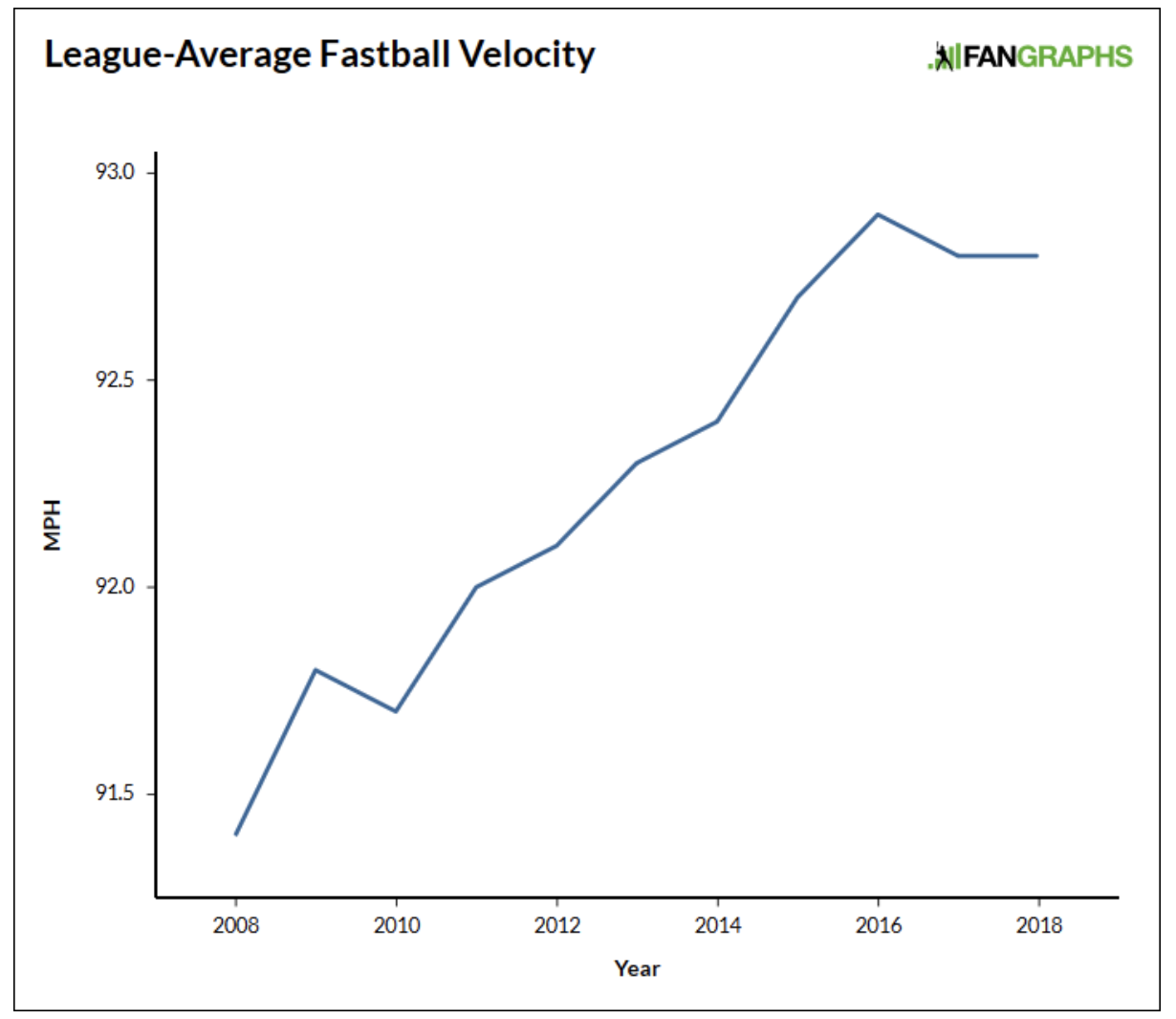 So I asked myself, how fast would Henry Rowengartner’s fastball have to be today to keep the spirit of the movie alive? In other words, what did a 103 MPH fastball look like to a hitter in 1993, based on what he was otherwise used to seeing?

Let’s do some light math, and heavy estimating.

If there were about 10 seasons between 1993 and 2002 and the average fastball was rising by about a .25 MPH per year, we’re looking at another 2.5 MPH drop, or about 86.5 MPH for the average fastball. That feels a bit extreme, so we’ll cut that in half and round up to about 88 MPH.

Split the difference between the two estimates and we can safely say that Henry Rowengartner’s 103 MPH fastball in 1993 probably felt like a 109 MPH fastball would to an average hitter today! Not even Luke Little can do that!