Service Time, South Bend and the Taxi Squad, and Other Cubs Bullets Skip to content 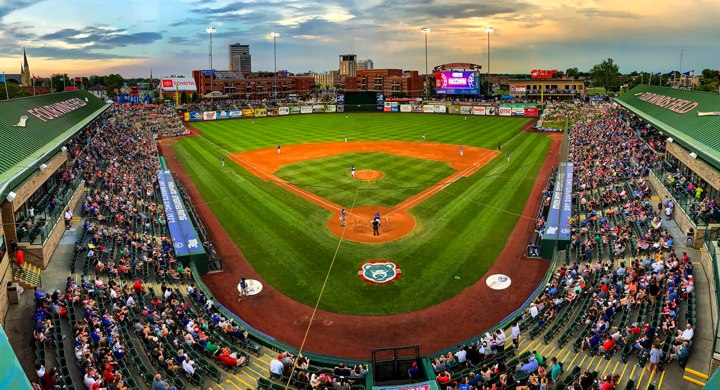 Although it took some frantic calls to our internet provider just before recording, we managed to pull off the Cubs 360 thing without any hiccups, technological or biological (aka screaming kids).

Here’s a slice of me talking Cubs-Sox for those who don’t yet get Marquee:

There's just a little more juice there between the Cubs and White Sox this year. Hey, it's me on @WatchMarquee, tonight at 730pm CT! pic.twitter.com/WkeXnadtGq

Not terrible, I don’t think. But, man, I am so freaking verbose. I can’t help it …

•   Bryan out breaking some news on where the Cubs will host their taxi squad group this year:

According to sources, the Cubs taxi squad will indeed be based out of South Bend for the 2020 season. pic.twitter.com/6ebvpi16KZ

•   It’s gotta be the best facility available to the organization within 100 miles, and it sure sounded like the South Bend crew were really eager to do this. Good for them, good for the org.

•   Speaking of the organization, I hope everyone with the Iowa Cubs is safe and healthy:

A Principal Park staff member has tested positive for COVID-19. We are suspending all ballpark operations until the rest of the staff can get tested and we can determine how to proceed. Thank you.

•   To that end, this remains very true (even if put in a humorous way):

•   A random note on trades this year, because I’ve seen people noting that you can trade only players on the 60-man roster. However:

Note on trades this year – although only players on the 60-man roster can be traded, you *CAN* maneuver guys in and out of your 60-man roster. So come August, I wonder if instead of "Hug Watch," we have "Added to the 60-Man Watch". pic.twitter.com/Q46QBWpjjK

Was rewatching the Ken Burns documentary and this clip from the late, great Buck O’Neil felt relevant for baseball today. I can’t wait to see what this generation of players has in store this year and beyond! pic.twitter.com/mPiCnp3806

•   Since service time is going to be prorated this year based on how much of the season you play, there was already chatter about how you could hold a guy down for just a week and then get another year of control. Usual service time manipulation chatter. For folks wondering, though, here’s an important point to remember:

I see we've already jumped into the service time manipulation conversation, so I'll note that to manipulate the service time of a player on the 40-man roster, I believe you'd have to keep him down the normal 20 days, which is like a third of the season.

•   What Edwards is referencing is that, where a player is on the 40-man, but is down in the minor leagues for under 20 days, he winds up getting service time credit for those days. Unless there was some written carveout in the March Agreement, that rule still applies, regardless of the prorating of service time. Where you do wonder, though, is for players who AREN’T already on the 40-man roster. When they get called up for the first time, if it’s only a week into the season, they will have already been down “long enough” for teams to gain an additional year of control.

•   On the Cubs, you’d really only think about this topic in relation to Nico Hoerner, who is already on the 40-man roster. So the question is, would the Cubs hold him out for over 1/3 of the entire season to gain another year of control? Maybe, maybe not. I still think, like I did back when it was a normal season, that the decision on Hoerner will mostly come down to whether the Cubs feel like the big leagues will be the right environment to develop his bat to its fullest potential. Even that question is now complicated by this weird season, but I’m gonna stick to it. Yes, there’s long-term value in getting an extra year on a guy like Hoerner, but there’s even more long-term value if you make sure he maxes out his bat. That’s what the focus needs to be, and if that means he’s up with the big league team on day one, then he should be.

•   A reminder that the transaction freeze is lifted today at 11am CT.