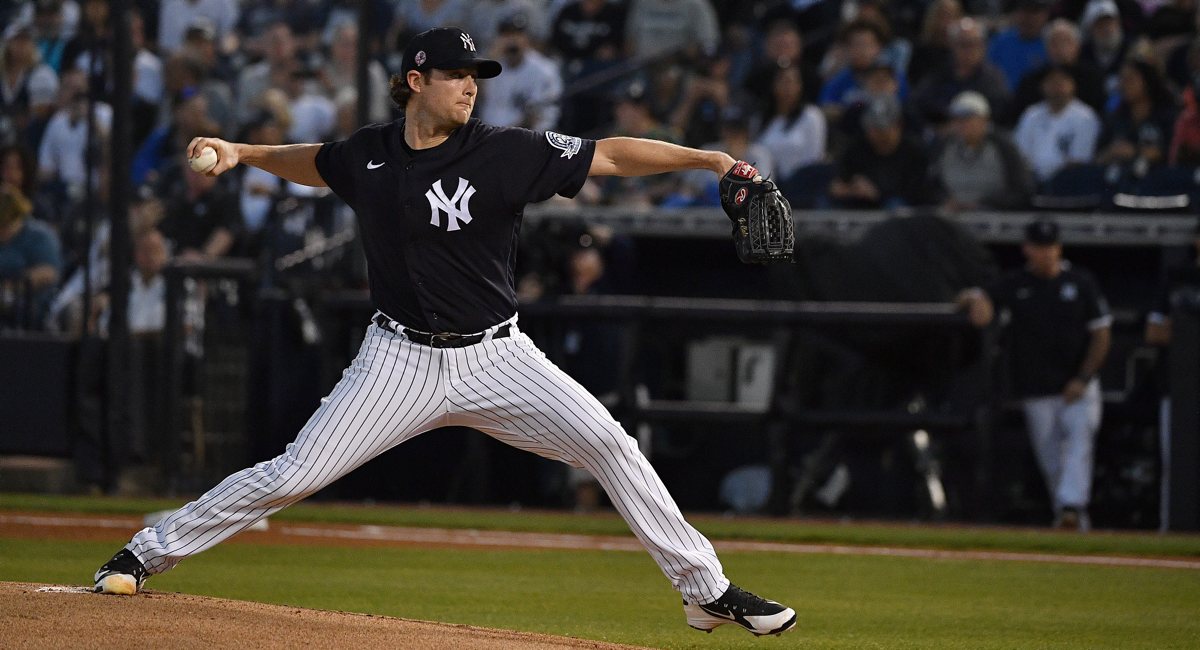 I can’t think of a better name for Spring Training Part Two than “Summer Camp.” If there is a way to keep it safe, then the name is evocative of exactly the sort of light-hearted fun we all need right now, and the very reason baseball exists as a pro sport.

But I can’t say I’m not a little bummed out. There was a very real opportunity for the regular season to get going as soon as this Saturday, July 4th, but there was obviously no agreement to be had in time. Instead, we have Summer Camp starting on July 1st, and about 20 fewer regular season games than we could’ve otherwise enjoyed – I always found exactly half-a-season (81 games) more poetic … and statistically significant. I guess some baseball is better than no baseball.

Of course, it’s all pending the spread of the virus. Who knows how things might’ve been upended in any case. And still might be.

The schedule for the 2020 season has not yet been finalized, but as of a couple days ago, it was reportedly agreed to by the union, so perhaps we’re not too far off from that release. And when that does finally get done, and if we get through Summer Camp without a major health setback, and if the states playing hosts to the regular season games have their territories under control enough to allow the additional health safety protocols of the league to do their job successfully … then we might just get to see Gerrit Cole and the Yankees take on Max Scherzer and the Nationals in D.C. as the first game of the year.

I don’t usually watch a ton of non NL-Central baseball games throughout the year – there’s enough Cubs games to satiate my baseball hunger. But after this hiatus, I would’ve watched anyone play organized baseball, to say nothing of two of the game’s greatest pitchers going head-to-head in a World Series rematch (different team, same pitchers) on the first game of the season. Like YES. FEED ME THAT. And give me that schedule.

I’ve been as guilty as anyone in using the current animosity between the league and union to predict doom (er, well … a strike/lockout) alongside the next round of CBA negotiations. But perhaps I was quick to jump the gun. Yes, things between the league and union feel about as bad as ever, but there are some extraordinary differences between 1994 (the strike), 2020 (the pandemic), and what’s likely to be our world in 1.5 years (2022 CBA Negotiations).

At FanGraphs, I found Craig Edwards’ discussion around the differences between 1994 and 2021 particularly compelling – and encouraging. In short, back in 1994, the league had suffered the loss of a massive TV contract with CBS that was not matched by another suitor, just as player salaries had doubled in four years. That forced the league to push for a revenue-sharing agreement with the players, in an attempt to account for projected 10% loss in revenues.

I’ll spare you the math, but in Edwards’ estimation, even massive decreases in attendance two years from now (not particularly likely) might result in revenue losses of roughly 3-6%. And if MLB loses just 15-20% of attendance two years from now (that’s apparently less than “massive”), revenue won’t take a hit at all. Given that player salaries have not only not doubled lately, they haven’t increased at all, the league figures to be in a much more stable place financially, even after this pandemic, than they were in 1994. Another way to put that: the owners will have much more incentive to make sure there’s a season.

Edwards has a lot more on the 1994 differences, as well as the actual benefits of these tricky 2020 negotiations and suddenly I’m a lot more optimistic than I was a week ago. I still think it’ll be a battle, but maybe not as bad as I originally expected.

The universal DH is coming to the National League and while we’ve discussed the TEAM winners and losers to death, we never really dove into the individuals. FanGraphs writer Jason Martinez has some thoughts on the matter for every division in MLB, and I don’t disagree with his thoughts on the Cubs (though it is a little misleading on first blush):

Obviously, Albert Almora Jr. won’t be benefiting directly from the universal DH, but rather indirectly by way of Kyle Schwarber. If Schwarber is really going to DH most often, then Ian Happ, the heir-apparent to center field, will probably move over to left field, opening up center field for Almora.

For the Cubs, this improves offense relative to the past (Almora’s bat over the pitcher’s), left field defense (Happ over Schwarber), and center field defense (Almora over Happ). Relatedly, this could keep Jason Heyward in right field more often. Alternatively, if Almora’s bat is STILL one of the worst in MLB and the Cubs just can’t justify his daily presence in the lineup, Steven Souza Jr. (or Schwarber) could push Happ back to center.

I still think this overlooking the potential benefits of an offense with Victor Caratini *and* Willson Contreras bat (plus Schwarber in left and Happ in center), but I’m sure we’ll see a little bit of everything throughout the season.

Numbers vs. The Gut

Although most statistical projections (and even gambling odds) slightly favor the Cubs to win the NL Central this season, that’s certainly NOT the narrative around baseball. At The Athletic, Jim Bowden picks the Reds as the division winner and at Sports Illustrated, Matt Martell called the Cubs one of the six biggest losers in light of no expanded playoffs – picking the Cardinals, instead, to come out on top.

I know the Cubs have their issues, but it sure seems to me like they have AT LEAST as good a shot to win the division as any of the NL Central teams.

… it’s just that, especially in a shortened season, it’s not that hard to see any of the non-Pirates teams winning things.

•   Wander Franco, the best prospect in MLB, was traded! Kind of. Shortstop Wander Franco was traded from the Gigantes to Escodigo in the Dominican Winter League. The Rays never lost control of him. I just think that’s a really fun headline. Woke me up like a cup of coffee this morning.

•   In our last set of MLBits, we discussed the heightened risks of COVID-19 for baseball’s second oldest manager, Joe Maddon, but found that he still intends to face the season head-on. By contrast, Twins coaches Bob McClure, 68, and Bill Evers, 66, are sitting the season out. Well, to be more accurate, the Twins are forcing them to sit out, but will still pay them. It was McClure’s first season as the bullpen coach and Evers second season as a big league coach. Probably a smart move, but hard not to feel for them.

•   The Cubs recently released their 60-man player pool, which included a handful of top prospects: Adbert Alzolay, Brailyn Marquez, Miguel Amaya, Brennen Davis, Christopher Morel, and others. Along that line, ESPN identified the top prospects in each team’s 60-man pool, and I think that’s an interesting read.

•   Could you have guessed each of these decades correctly?

#Cubs Home Run Leaders of the …

•   Just try to watch this only once: