Cubs Pitchers Ready, the Names on the MVP Award, Heyward and Szczur, and Other Cubs Bullets Skip to content 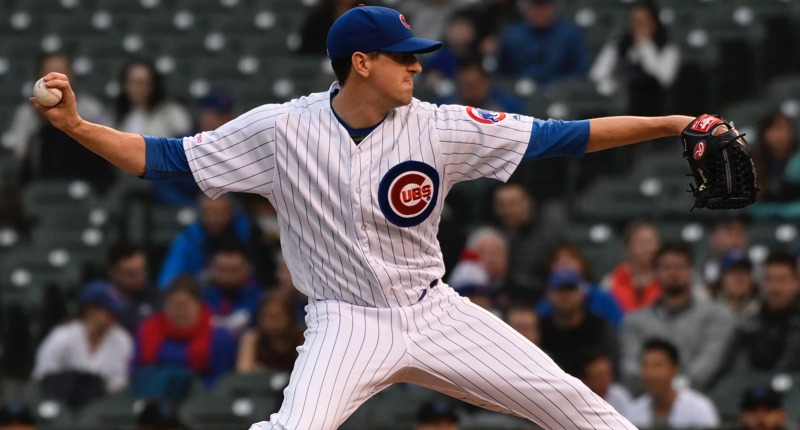 I gave a pint of blood yesterday and replaced it last night with a pint of ice cream. If that’s a fair physical trade, I’m doing that shit every few months.

•   Although his COVID-19 reveal and discussion was definitely the most important part of his appearance on The Score, I was also interested when Cubs Pitching Coach Tommy Hottovy discussed the state of his pitching staff coming into Summer Camp. Hottovy suggested that he was very impressed by where most of his pitchers are, in terms of their work on their own and ability to step right into live batting practice and simulated games as soon as this weekend. It’s sufficiently far along that, despite having only three weeks for camp, the starters want to be able to go five+ innings on day one. (Wow … that’s surprising!)

•   Although Hottovy doesn’t anticipate anything unique with respect to the Cubs’ rotation opening the season (i.e., sticking with five traditional starters), he reminds everyone that so much can change after the team gets through initial COVID-19 testing this week and guys start throwing more at camp. You can’t lock into place, right now, what your plans are going to be.

•   Interesting discussion at ESPN, featuring many former MVPs, about the person who is engraved on their award: former big league commissioner Kennesaw Mountain Landis, who presided over the segregated sport from 1920 to 1944. To be honest about my own ignorance, while I was vaguely aware that Landis’s name appeared as part of the official MVP award (the “Kenesaw Mountain Landis Memorial Baseball Award”), it never once crossed my mind to think about his tenure, and his place in baseball here in 2020. It’s just one of the many things a lot of us have been confronted by this year – things we had the privilege of never having thought about before – and now we have an opportunity to reconsider why we do the things we do, why we honor the people we honor. As for Landis, specifically, there is apparently a complicated and disputed history there, with many believe Landis was a firm opponent of integration in MLB. His only public statement on integration – which came only after he’d left the sport – was something of a way to say it’s not his issue, but to do nothing to move forward:

•   Cubs only appearances in this video are (1) Javy showing some swag, and (2) Bryce Harper hitting the walk-off grand slam. Cubs are underdogs:

•   A Happy Bobby Bonilla Day, and a reminder of how he and his agent totally owned the Mets:

Congratulations to Bobby Bonilla. The only person to legally make a profit from the Bernie Madoff scandal. #bobbybonilladay pic.twitter.com/IZyqDur70Z

•   Bonilla’s deal is perhaps the most extreme, but is far from the only crazy deferral situation:

Happy Bobby Bonilla Day! Which always gets me thinking back on OTHER crazy deferred money contracts you might not be aware of: https://t.co/IHEDH4IWJI

Which coach or player (any sport) would you want to give our 2020 halftime speech?