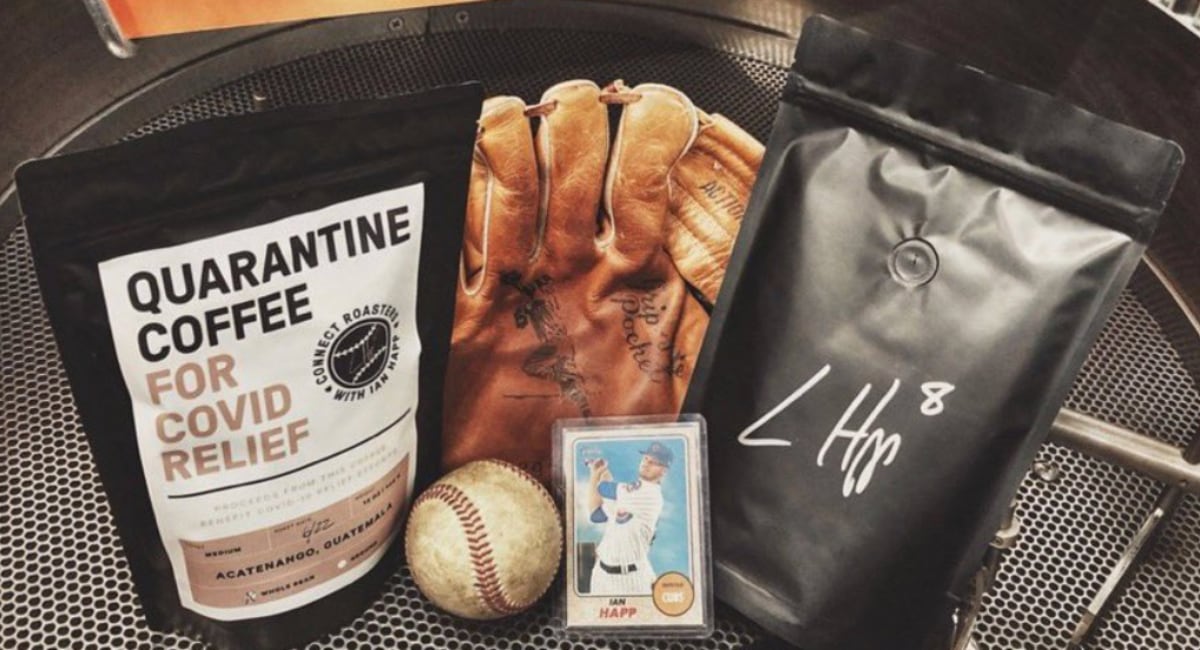 Ian Happ’s 2019 season may have begun on a bit of a sour note with his demotion to Triple-A Iowa, but when he finally made it back to the big leagues, he came back swinging, slashing .264/.333/.564 (127 wRC+) with 11 homers, 7 doubles, a triple, and 30 RBI. He also happened to hit 4 of those 11 homers in the final week of the season, which helped propel him to his first Player of the Week award, which he won alongside Gerrit Cole in the AL.

The perfect final note to what we hope is a massive offensive breakout.

But the good vibes didn’t end there. Throughout the offseason and into the spring and MLB hiatus, Happ has made himself extremely accessible to Cubs fans, doing every podcast, radio show, and TV spot imaginable. Among his most popular and consistent appearances has been on his own podcast, The Compound, co-hosted by Cubs prospects Zack Short and Dakota Mekkes.

(They actually just had Jeremy Piven on as a guest for their last episode, and he even answered one of my questions about working with Gary Shandling on The Larry Sanders Show! I’m a happy nerd!)

But I’d argue that his biggest achievement so far is the work he’s done with Quarantine Coffee for COVID Relief – which is exactly what it sounds like. You can – and should – check out the website for more information on exactly what he’s doing over there, but in short, Happ has partnered with a coffee roaster down in Bourbonnais, who’s donating $3 from every bag purchased to The Greater Chicago Food Depository, as well as the Save the Children foundation.

In May, alone, Happ’s partnered donations helped serve 2,300 meals to those in need, a total that is expected to increase by another 1,000-1,500 when the final tallies are counted in June. Meanwhile, the Save the Children foundation is working on both a local (Chicago) and national scale to provide educational supplies to communities and kids in need. Just plainly awesome stuff at exactly right time.

But here’s the thing … there’s a way we can boost those numbers even further. And when Happ asked me to help amplify the message, I was more than happy to help out.

From now until Sunday, 1 out of every 10 bags of Quarantine Coffee will be autographed by Ian Happ, a sort of “Willy Wonka and the Golden Ticket” approach to promotion, as he described it:

⚾️ Baseball is back! ⚾️@connectroasters and I are offering baseball fans a chance to receive a signed bag of Quarantine Coffee! 1 in every 10 bags is signed and ready to go! Now through July 5th order at https://t.co/qkEtsVIfZA for your chance to win! pic.twitter.com/2sdXbr829Q

Some fans are already getting lucky:

So be sure to place an order (or 10) between today and Sunday, to see if you can land one of the special bags.

Of course, the ordering shouldn’t stop this weekend! Happ may have finally made it back to Chicago for a little batting practice with Anthony Rizzo earlier today – he says Wrigley Field looks great and he wishes we could all see it – but he’s not ramping down his charitable efforts anytime soon. In fact, Happ will continue promoting Quarantine Coffee for the foreseeable future, with some new ideas to reach a broader market potentially in store down the line.

But for now, be sure to head over to their website and put an order in. If you do so before Sunday, you might just end up with your very own Ian Happ autograph. And worst case scenario, you get to enjoy fantastic coffee while donating to two very good causes.

This link is just a Rick Roll.

Just kidding, but this one actually is.

Alright. Now back to coffee.