So Now What Happens With the Cubs' Rotation? Who Gets the Shot in Quintana's Absence? Skip to content 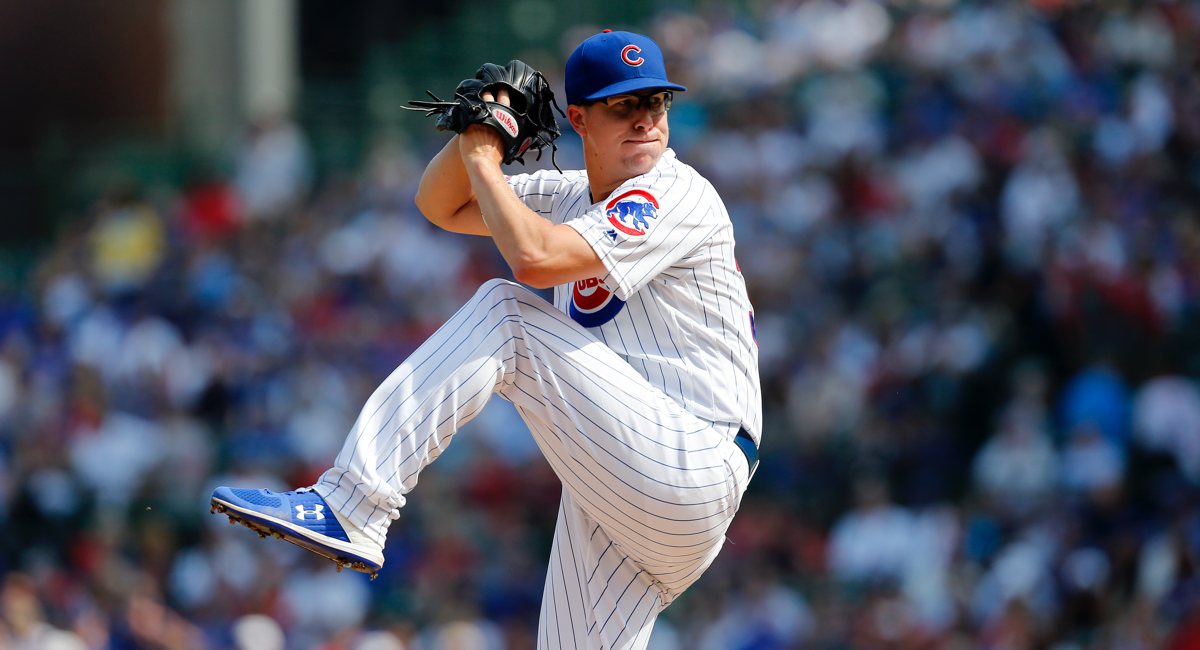 What a thud. Obviously the expectations for any one player are a mixed bag in a short season and after this weird shutdown, so it’s not like I’m gonna say losing Jose Quintana will OBVIOUSLY crush the Cubs. No one knows.

But the thud is that you’re talking about a guy coming off such an up-and-down tenure with the Cubs, featuring a lot of disappointment last year, and having arrived as part of a massive and costly trade. Fair or unfair, Quintana losing much or all of his final season with the Cubs because of a kitchen knife injury is going to be one of those things you hear about every time Eloy Jimenez hits a dinger or Dylan Cease notches a strikeout. It’s just so galling.

Most importantly at the moment, I hope Quintana is able to recover well, and maybe he ultimately is able to get in about a half-season (that is to say, a month) this year. The thud is for him, too, since he’s due to be a free agent after this season, and he’s probably already seen his market destroyed by the combination of the last couple years and the pandemic. You’d hate to see a guy go from what he was, so rapidly, to having to stretch to even find a job.

As for the Cubs, there’s no sense in predicting what it means for the team as it relates to getting Quintana performance this year. You almost have to start from the premise that he’s now totally out for the short season, and if he happens to come back, maybe you get a month of starts or some long relief or something.

Thus, instead, you have to start thinking about what the rotation looks like without Quintana in it. We all know the Cubs aren’t exactly bubbling over with sure-fire big-league-ready starting pitchers, but they do have some useful arms able to step into the rotation.

"We had some concerns about our starting pitching depth, and a freak injury challenges us further in that area."

With a (now) front four of Yu Darvish, Kyle Hendricks, Jon Lester, and Tyler Chatwood, Mills is definitely the guy who makes the most sense as the next starter, given what we’ve seen from him. He was in the rotation competition back in the Spring for a reason.

Behind Mills, though, it’s not like you don’t dream on Alzolay’s upside, which is still significant. It’s possible he always winds up playing best out of the bullpen, but you kind of want to know sooner rather than later what you might have him anyway. With Rea, a former quality prospect, you’re talking about a guy who was the most successful starter in the PCL last year. The results were exceptional, and the Cubs thus added Rea to the 40-man roster. They see the potential.

Those would’ve been the three I mentioned first, too, so I see why Epstein did.

Even behind them, there are guys who have intriguing potential. Jharel Cotton is a former top prospect who has a plus-plus changeup to go with a solid fastball, but is that enough for him to succeed as a big league starter? Cory Abbott was the Cubs’ minor league pitcher of the year last year after dominating at AA, but is he ready for such a big leap? Michael Rucker is back after the Orioles were working to convert him to the rotation in the Spring (Rule 5 selection), but the Cubs actually had success moving him full-time to the bullpen last year at AA and briefly at AAA. Not sure they’re gonna backtrack on that.

If you wanted to get really nuts, you think about Brailyn Marquez, who has big league stuff right now, but he’s only briefly pitched at High-A, and he still has a ways to go to really be able to sustain his delivery and stuff through 6+ innings consistently.

The remaining free agent pool has some theoretically deployable arms – Tyson Ross, Marco Estrada, Clay Buchholz, Jason Vargas, Matt Harvey, and Andrew Cashner are mentioned by MLBTR – but I really think I’d much rather the Cubs gave those innings to Mills or Alzolay or Rea to see what they could do.

Then you’ve got waiver claims and trades, which are certainly possible (some teams are probably giddy at the possibility of unloading a contract, however modest), but again, feels like in this environment you’re better off just rolling the dice internally. The short season means your possible outcomes are already so wide, and wouldn’t you like to have more information about guys like Mills, Alzolay, and/or Rea heading into the offseason anyway?