Bleacher Nation July Prospect Ranking Update: Numbers 13 Through 2 (Yes, It's Weird, But We Have Reasons) Skip to content 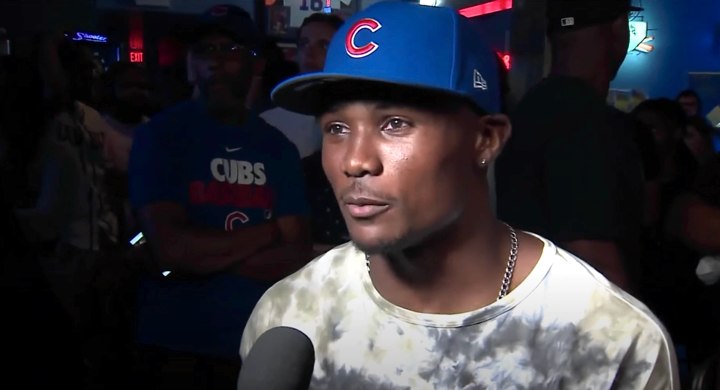 This is a bit of a weird one to write, I’ll tell you. I’m not going to pretend a lot has changed since we ranked things in February. But with the draft in our rearview mirror, and after a spring of feedback from people inside and outside of the organization, I did want a slight update to my prospect rankings.

Moreover, I see the a gap in the Cubs system after to the top 13 prospects, so we’ll rank to there. And then I’ll be saving the top spot for his own discussion. Like I said, it’s a weird one. But I hope you enjoy all the same.

What do we know that’s new since the last rankings? Franklin kept busy this spring working out with first-round pick and fellow Oklahoman Cade Cavalli, and is seeing progress on the curveball that will really round out his arsenal. The change-up is still nasty.

One of the best pitches in the Cubs organization is still Kohl Franklin’s changeup. pic.twitter.com/e3YkE5Fx6Y

What might the plan be for the rest of his 2020? There has been talk of a lower-level fall ball this year, and while that’s very COVID-dependent still, if it happens then I would expect Kohl to be one of that league’s most successful pitchers.

New since last time: He made the taxi squad roster! I was surprised by Morel, as some of the more advanced prospects below didn’t make the cut, but I think the Cubs see a real opportunity to develop the quickest-twitch player in their organization.

Plan for rest of 2020? He will not be in the Majors, so it will all be work on his offensive approach, and perhaps some reps at shortstop (and even centerfield). I wouldn’t expect these are permanent switches – he’s a fabulous third baseman – but just an opportunity to add to his versatility.

New since last time: Strumpf’s left arm was seen in a cast during Spring Training, though I’m not sure we ever heard specifics about the injury. It was not then expected to cost him the entire season.

Plan for rest of 2020? Chase is another player I thought we might see in the South Bend group, but it appears that most likely we’ll be waiting until a hypothetical fall ball to see him.

New since last time: Word is that Roederer really added some strength in the offseason, which I suspect would have translated to some extra power this season.

Plan for rest of 2020? Perhaps a later season stop in South Bend, and then almost surely a spot in a fall league. If you can’t tell yet, I’m really crossing my fingers a league (or two) comes together (pandemic permitting).

New since last time: You won’t have to follow Alzolay on Instagram for long before you realize he’s one of the hardest workers in the organization. His change-up grip was adjusted this offseason, despite its success in the bigs last year, and on social media I’ve seen hints of a two-seam fastball with enhanced movement. I should note that he had a rough go in his five Spring Training innings.

Plan for rest of 2020? He was initially on the South Bend roster rather than the big league one, but Theo Epstein mentioned him as a potential candidate to temporarily replace Jose Quintana in the rotation. Alzolay has a lot to prove this season, as he will most likely enter 2021 out of options (he has one remaining currently). I also wonder if the Cubs might try him out in shorter relief at some point this year to see how the stuff looks in that environment.

New since last time: The Cubs really feel like Burl had the best two-pitch mix of any prospect eligible for the Draft this season. It’s a fastball that is consistently 96-98, touching 100, with rising qualities thanks to a great spin rate. The power curveball is nasty with two-plane break. Carraway has even toyed with a slider this spring; it will be interesting if the Cubs continue to explore that pitch or stick with the two that have always worked.

Plan for rest of 2020? I do believe we’re going to see Carraway in South Bend at some point, and if his fastball command is in a good place, MLB in September isn’t out of the question. I’m still slightly betting against that outcome, but I love that Burl believes he’s ready right now. Cubs fans are going to really like him.

New since last time: Abbott was a bit delayed this Spring Training with a minor injury, which explained why he didn’t receive an invitation to big league camp. I cannot explain, however, why he wasn’t included on the initial South Bend roster. Abbott has been working out in Arizona (with one pitch drawing the most attention) and is healthy.

Plan for rest of 2020? I do wonder if Jose Quintana’s injury might lead to an Abbott invitation to join the player pool, as the Cubs depth at starting pitcher is a bit compromised. It will give the Cubs a chance to see the state of his change-up, and for my money, Abbott is no less likely to succeed in a big league start right now than a Colin Rea or Jharel Cotton.

New since last time: We know that he’s healthy and throwing in triple digits:

Plan for rest of 2020? Perhaps moreso than any single omission from the first 50-man player pool, I was most shocked we didn’t see Jensen asked to come to South Bend. The right-hander theoretically has the present stuff to succeed in a big league bullpen (in some emergency scenario), and the South Bend environment would be welcomed development for the former first-round pick. Here’s hoping he makes it eventually in addition to a fall league appearance of some kind.

New since last time: The Cubs newest phenom really impressed me when I wrote my deep dive following his selection. We know that the Cubs are completely happy with the health of Howard’s shoulder, and committed to developing him as a shortstop.

Plan for rest of 2020? Howard hasn’t played in game action in almost a year, so the Cubs will be anxious to find something for him. There has been talk of a secondary fall league for less experienced players, which Howard would be a perfect fit for. Otherwise, I think the Cubs are happy with Howard’s work ethic and the ways he’s developed his body and swing even during the quarantine. I do expect he’ll be making plenty of stops to Director of Hitting Justin Stone’s private complex a mile west of Wrigley.

New since last time: Amaya got to spend camp with the big leaguers, and he drew praise from pitchers and coaches about his work ethic. That said, I have had conversations about Amaya’s bat speed with people, and those mild reservations have bumped him to four for now. Remember, numbers 2 through 4 on our list are all so very close.

Plan for rest of 2020? He’s in South Bend, where his development will be significantly prioritized. I do wonder, should Josh Phegley find himself on the big-league roster, if Amaya will be on taxi squad duty with the big league squad on road trips. The rules are that teams may bring up to three taxi squad players on every road trip, and that one of those must be a catcher. So, if the big league roster already has three catchers on it, you might as well allow Amaya to come sit in on meetings and learn the big league lifestyle, like the Dodgers tried with Will Smith in 2018.

New since last time: Besides being one of the early voices on The Compound, Nico had a very solid Spring Training, with more walks than strikeouts in 12 games. I found it noteworthy that he split time evenly between shortstop and second base in Mesa this March, and we heard no further talk about last season’s experiment about trying him in center field.

Plan for rest of 2020? While there’s probably some temptation on the Cubs part to play service time games – two weeks in South Bend could yield another year of team control – I think his status as a sure-fire top 26 guy in the organization will win out. Nico will likely at least be the second baseman against lefties and the back-up shortstop, but I am curious how consistently he finds himself in the lineup against right-handed pitchers.

New since last time: Nothing significant. Marquez did not pitch in a Spring Training game, though he was preparing to start in Double-A Tennessee on the backfields. For a player of Marquez’ caliber, simply having confirmation of his health is a positive. Also, the most feedback I received from my February list was that Marquez should be in the top two. I had 2-4 as a toss-up last time, so I’ve listened to the advice and moved him up.

Plan for rest of 2020? Marquez is on the roster in South Bend, where you can bet he’ll be receiving some of the most in-depth coaching of his career. The Cubs have not written off the possibility that, should they be competing late in the season, Marquez could be a guy that can help them. He needs adding to the 40-man roster in November, anyway.

Coming next: a profile on the system’s top prospect. I bet you know who it is.