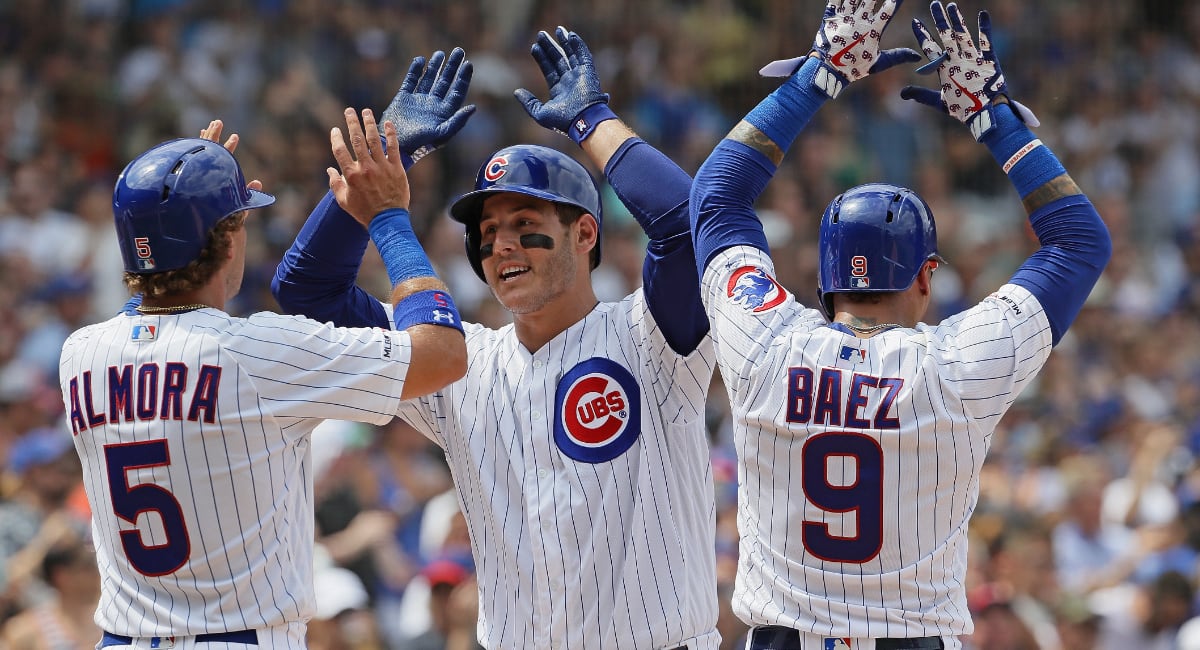 I don’t know why I’m such a sucker for power rankings, but I’m legitimately excited to check them out every time a new list is released. I especially enjoy that blissful moment right after the click but before my eyes scroll down to the Cubs final placement. For a few blissful moments, I get to relive that 2016 feeling of thinking I’ll see them right at the very top.

Unfortunately, the Cubs aren’t quite leading the pack in MLB.com’s newest power rankings, but they did make the top-10 … and that’s something, right?

You can check out the rest over at MLB.com.

To assemble these rankings, MLB.com reached out to 10 of their reporters, and accounted for the truncated season and importance of a hot start. With that in mind, there aren’t too many surprises here, right?

The top-10 is an even mix of National and American League teams, and the top four finishers – Dodgers (106 wins), Yankees (103 wins), Astros (107 wins), and Twins (101 wins) – won an absurd number of games last season. Meanwhile, the Dodgers (Mookie Betts), Yankees (Gerritt Cole), and Twins (Josh Donaldson) each added some serious fire power from outside the organization, while the Astros and Braves are still loaded with young talent.

In fact, I think the biggest top-10 surprises all revolved around Anthony Rendon. Without him, the reigning World Series Champion Washington Nationals (9th) aren’t given much respect and even with him, the Angels (17th overall) aren’t projected to take that widely-expected step forward (come on … they’ve got a healthy Shohei Ohtani, a prime Anthony Rendon and Mike Trout, plus a new manager in Joe Maddon). They’ll be just fine.

But, now, what do we think about the Cubs?

In the National League, they’re ranked behind only the Dodgers, the Braves, the Nationals, and the Cardinals, though I think they can easily move up a spot or two. Ultimately, I don’t have much of an issue with their exact placement, but I think the top-10 is probably better organized into three tiers, with interchangeable teams:

But we also must remember that this is pretty misleading. Although the Cubs will be competing with the Cardinals for the NL Central, the Twins are the only other team on this top-10 list that they’ll actually face this season, and they’ll see them for only 4 or so games. Everyone else they’re slated to face (Reds, Brewers, Pirates, White Sox, Indians, Royals, Tigers) shuffle in behind them. And if you assume the Dodgers are going to win the NL West and one of the Braves/Nationals win the NL East, there’s still three playoff spots (NL Central, plus two NL Wild Cards) remaining for the three NL teams in the top-10.

In other words, the Cubs are projected to return to the postseason this year, according to these power rankings.

However, the difference between winning the NL Central and entering as a Wild Card team is going to be enormous. The Dodgers, for all their World Series woes, are likely going to be the best team in baseball this season, so if you’re the Cubs and you sneak in only as the second wild card, your reward is a one-game playoff on the road against the other Wild Card winner, followed by a 5-game NLDS against the mighty Dodgers without home field advantage. By contrast, if you win the division, you’re likely going to get the Nationals or Braves for a 5-game series right off the bat. That’s a much easier path to the NLCS, and ultimately the World Series.

Besides that, I think I’m a little surprised the Reds and Brewers don’t land better positioning. The Reds have been gearing up for this season over the past two years and for as much as I hate to admit it, the Brewers ALWAYS manage to do more with what they have than many other teams. And, hey, they still have Yelich, who’s one of the top-3 players in baseball.

Either way, with just 60 games to play this year, literally anything can happen.