MLBits: Trout Not Certain He'll Play All Year, Union Financially Prepared for Stoppage, How Many Wins Does it Take in 2020? More Skip to content 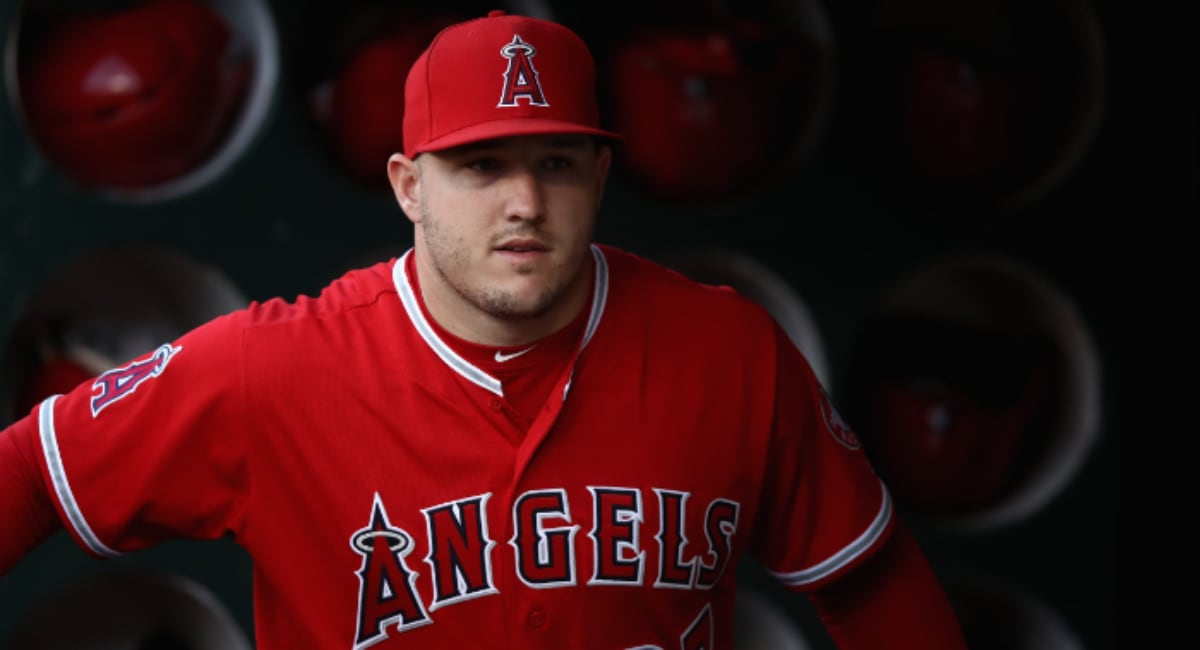 Aaron Judge is a very good baseball player, one of the best, even. In just three full seasons, he’s become one of the most recognizable faces in the game and is one of only three players to hit more than 50 homers in a season since his debut.

Although he’s technically been in an offensive decline since his rookie season (174 wRC+ –> 150 wRC+ –> 141 wRC+), he’s easily still one of the most productive bats in baseball. And if the 2013 MLB Draft could be redone, he’d probably move up about 30 spots to battle with Cody Bellinger (and Kris Bryant!) for the top overall picks.

And yet this is absolute nonsense:

I’m fairly certain that Judge’s best season isn’t better than Trout’s worst season, and Trout’s got eight years to his three. So … just, like, no.

Now do you see why I had to tweet this?

Mike Trout is the most underrated player in MLB.

As such, he’s got his concerns about the restart:

Mike Trout said this morning he wants to play, but he is very concerned about the coronavirus, considering that his wife is pregnant. He said he's not 100 percent certain he'll play the entire year. #Angels

Mike Trout’s wife, Jessica, is due with their first child in August.

“We’re risking our families, risking our lives to go out here and play for everyone…I want to play. It’s just a tough situation. I’ve just got to play it by ear."

#Angels CF Mike Trout, whose wife is pregnant: "Honestly, I still don't feel that comfortable. It's gonna be tough. I've got to be really cautious these next couple weeks. I don't want to test positive. I don't want to bring it back to my wife. It's a tough situation we're in."

And to show you he’s taking this very seriously, Trout has even been spotted wearing a mask while going through base running drills today.

So … What is there to say? If that’s how he feels, he has every single right in the world to opt-out of this season. The Angels’ plans, his legacy, none of it matters compared to the life of his new baby. If he opts out (and if he’s joined by Bryce Harper, who’s also expecting, or Kris Bryant, who has a brand new baby), I will be publicly supporting that decision and squashing any turds who think about making a stink.

At this point, I don’t need to tell you about the potential for a work stoppage ahead of the 2022 MLB season, as the league and union negotiate a new collecting bargaining agreement. But even as we count reasons why there shouldn’t be a stoppage (2022 will be very different than 1994), there are some signs to the contrary.

For example, the MLBPA has reportedly doubled their liquid holdings in the last two years, from $80.1 million on December 31st, 2017 to $160M on December 31st, 2019. And in case you’re missing the point, the union “typically prepares for bargaining by withholding licensing money due to players and keeping it available to disburse during or after a stoppage.”

Obviously, the mere ABILITY to pay your union members during a work stoppage is an important piece of leverage, so, okay, fine. Maybe it’s just concerted precautions. But the fact remains, they have more available than ever. If a strike is on the table, the union will be prepared.

In our last set of MLBits, we noticed that the Phillies and Blue Jays were fielding rampant COVID-19 speculation, as a set of players for both teams were placed on the IL without any reason why (that’s the rub of not being forced to disclose COVID-19 related roster changes … without a reason, it becomes pretty obvious).

We’ve since learned that the Phillies players were, in fact, placed on the COVID-19 IL, and that players can be placed on this if they test positive, but also if they show symptoms or have even been in contact with an infected person.

I think honesty is probably the path with the least friction, but I understand as other teams will continue to avoid saying it outloud:

#Rays Cash: "I know it's already been reported that we were not at 100 percent attendance and given all of the protocols, guidelines that we’re trying to follow we’re not going to get into specifics.''

Marlins workout today is limited to about 20. Not all Covid-19 test results are completed. Players were all tested this week. Don’t make assumptions today. If someone is missing tomorrow, then I think it’s fair to speculate.

Okay, but this is a great idea:

Each suite is a two-player room. Featured in this video: locker room for Michael Chavis and Alex Verdugo. pic.twitter.com/fQvaEF8Ahe

In a normal season, we all have a good sense of what any given win total is likely to mean for a team with playoff hopes. You win 95 games? You’re in. You lose 95 games? You’re out. You finish between 87-93 wins … it depends, but you’re in the race. Etc. But with just 60 games on the schedule, our internal barometers are mostly useless. So to help, Andrew Simon did some math and reimagined the hierarchal win totals in a 60 game season.

There are more categories than I’m about to share (click over if you want the full details), but in short, you need to win 38 games to be a lock, 35 if you want to flip a coin, and 32 games if you want to keep your hopes alive, only barely.

Six games is the difference between playoff lock and barely a shot at sneaking in.

How do you feel about the Cubs chances now?

"If they're passing out a trophy, I want it."#WhereStoriesPlay pic.twitter.com/A4Gwpo0VIZ