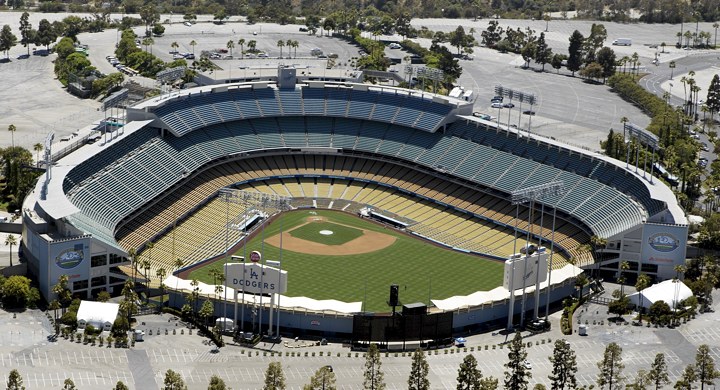 Well, I didn’t expect to read this today, but I suppose we should’ve seen it coming. For the first time since World War II, there will be no MLB All-Star game:

The 2020 MLB All-Star Game has officially been canceled. Dodger Stadium will now host in 2022. Braves still hosting in 2021.

According to MLB.com, the governmental directives prohibiting large gatherings across the country in light of COVID-19 helped tip the scales on the decision, which is both obvious and understandable. Although, I will say that it caught me a bit off guard, because the players were dangling additional exhibition events like this as a carrot for the league in negotiations. Alas, the situation in the United States has arguably gotten appreciably worse since those negotiations began taking shape, so perhaps less is more. The focus must remain on ensuring the *safe* completion of the regular season, even at the expense of additional dollars and attention on the sport.

As for giving the Dodgers the game in 2022, here’s what Commissioner Rob Manfred had to say: “Once it became clear we were unable to hold this year’s All-Star festivities, we wanted to award the Dodgers with the next available All-Star Game, which is 2022,” Commissioner Rob Manfred said. “I want to thank the Dodgers organization and the city of Los Angeles for being collaborative partners in the early stages of All-Star preparation and for being patient and understanding in navigating the uncertainty created by the pandemic. The 2022 All-Star celebration promises to be a memorable one with events throughout the city and at picturesque Dodger Stadium.”

As I mentioned in the intro, the All-Star game has been held every single year since its inception in 1933 with the exception of 1945. Meanwhile, the Dodgers haven’t hosted the event since 1980. The Cubs have been lobbying to host the event for a while now, a gift they expected to receive after the completion of the renovation, but with two NL teams hosting in a row in 2021 and 2022 (after no game in 2020), I have to imagine their earliest realistic shot now will be 2024. The Cubs haven’t hosted since 1990.

Here are the full statements from Manfred and Dodgers President Stan Kasten: