Fly the T: Cubs First Intrasquad Game Versus Cubs Ends in a 0-0 Tie Skip to content 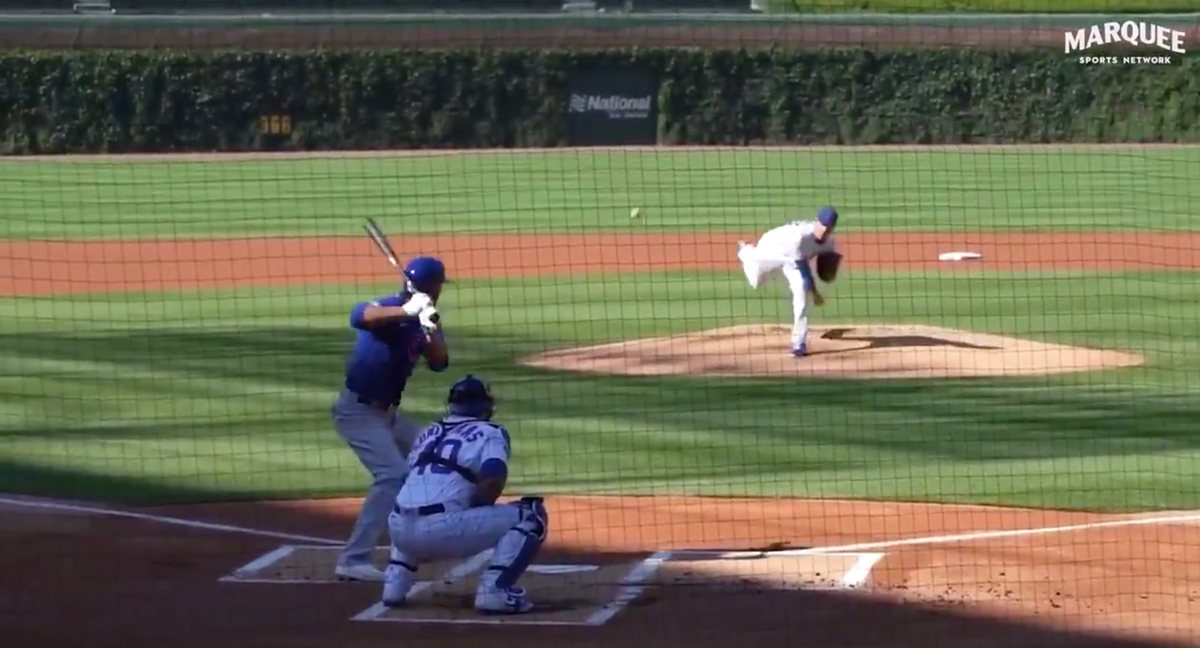 Why didn’t they start the 4th inning with a runner on second base, AMIRITE?

Today the Cubs and Cubs got a little intrasquad action going for three innings, with Yu Darvish facing Kyle Hendricks. From the sound of things, the pitchers are ahead of the hitters (hey, it’s like Spring Training!), though the game ending in a 0-0 tie was at least partially an artifact of it being a fake game since a bases-loaded situation was shut down before it concluded.

Since we can’t watch the game, let me at least walk you through what was out there for public consumption, in game order, so you can kinda feel like you follow the action.

The lineups, by the way (Willson Contreras was the other catcher):

Time to read WAY TOO MUCH into the fact that Caratini is still catching Darvish, Happ was playing center instead of left, and Hoerner was playing second base with Javy Báez at short.

Things started off with Kyle Hendricks striking out Kris Bryant on the elevated four-seamer he started using much more last year:

Hendricks doesn’t have the premium velocity, but when you are able to locate as well as he can, and when your pitches all tunnel off of each other so well, getting the four-seamer up there at 87/88mph at the top of the zone, especially inside, can still work.

Jason Heyward and Victor Caratini notched singles off of Hendricks in the first, though it was a scoreless frame (he struck out Bryant and Steven Souza Jr., and got a weak grounder from Anthony Rizzo).

Yu Darvish was also scoreless in his half of the first with two strikeouts, though Javy Báez got the best of him on this one (sound on!):

In the second, the Cubs loaded the bases against Hendricks, but the inning had to be cut short. There was much consternation:

Bryant singles off Hendricks to load the bases with on out in second inning. Inning ended due to pitch count, and Team Blue boos from the first-base dugout as Rizzo isn't allowed to hit with bases loaded.

Although Darvish walked Nico Hoerner in his second inning, he still wound up getting four outs in the frame:

Darvish so efficient in second (gets a strike-em-out, throw-em-out double play) that he pitches to one more batter (Ian Miller) and Ks him.

That was it for Darvish, who was only scheduled for two innings today. Hendricks wound up pitching a third inning scoreless, and that was the 2.5-inning tie.

Hendricks delivers one of his final pitches of the intrasquad game: pic.twitter.com/7inGefQHbr