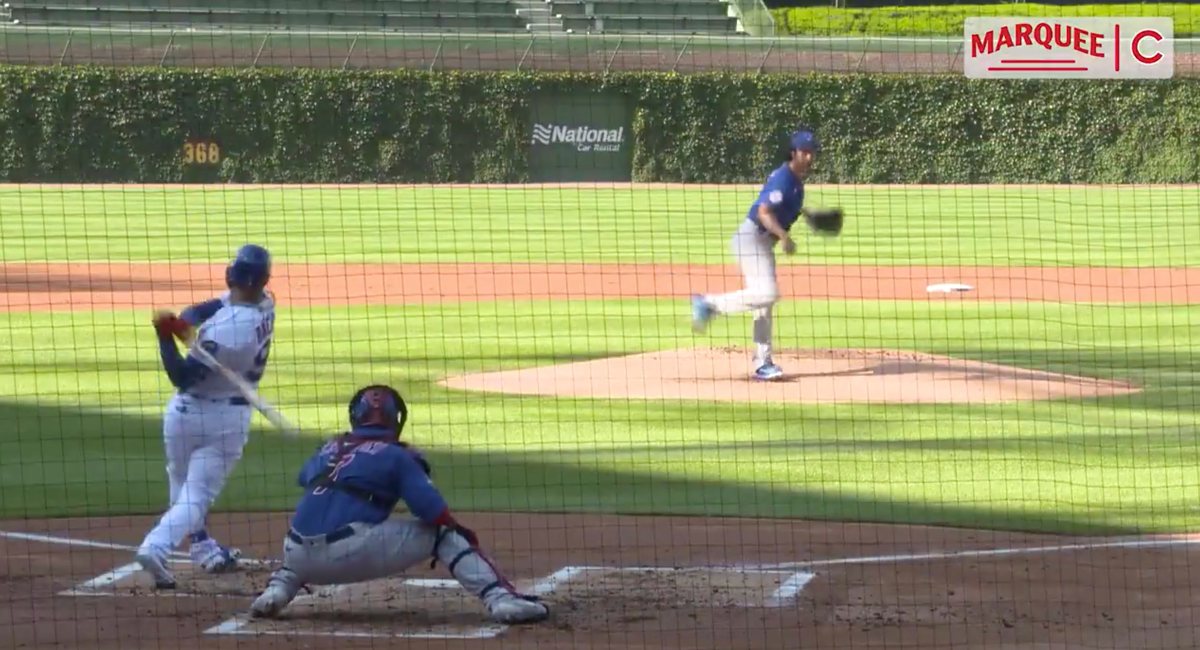 As we’ve watched raw case counts explode in the national data, and have also seen the positivity test rate climb in many areas in the South and West, particularly, we have yet to see a corresponding explosion in COVID-19 mortality. Of course everyone is hoping that the combination of better treatments, better protection for the most vulnerable, and (maybe) a less lethal mutation of the virus are going to lead to an increasingly lower mortality rate, but the reality is that deaths have always lagged the reported infections. And we are now seeing hospitalization rates in the worst-hit areas climbing rapidly. Even if the current outbreaks were suddenly controlled, you would still see a climb in cases for another week+, you would see hospitalization rates continue to climb, and then we could still see a massive spike in deaths over the next few weeks. This shit remains scary, no matter how something like baseball tries to proceed. I support that effort, but I also am compelled to follow the data and the science.

•   Marquee wasn’t able to broadcast yesterday’s intrasquad game, but they did put together a highlights package this morning. I will so take it:

•   The absolute best part is when (it appears) Vic Caratini called Ian Miller out on strikes, and Yu Darvish is like, ‘nah, nah man, that was out of the zone, let me pitch!’

•   Darvish says he’s still working on his release point, but he touched 97(!) mph in the scrimmage:

•   Kyle Hendricks feels really good (NBCSC): “Overall as a group, we did an unbelievable job talking to individual guys of staying on routine, staying on programs. A lot of guys threw a lot throughout the quarantine. I feel really good where I’m at as far as schedule-wise. I think I can say the same for most guys around here.”

•   Amid the backdrop of more positive tests in Atlanta, including a symptomatic Freddie Freeman, Jason Heyward expressed his concern, but also his appreciation for his teammates (The Athletic): “At the end of the day, we all know we can’t follow each other around and say, ‘Hey, don’t do this, don’t do that.’ We’re all human beings here. We all have family. We all have friends. We all have certain situations that call us to be a brother or a son or a father, whatever it is. You want to be safe, yes, but you do know it’s hard. We all know some of us are going to test positive. Coming into this, I think we’re very proud of it here in Cubs camp that a lot of us have not (through) the intake process, and being cleared to do spring training. As long as we’re allowed to keep playing baseball, we’re going to try to do our best.”

•   Heyward is also making himself available to talk to his teammates about social justice and police reform issues:

"We can’t just sit here and sit on our hands any longer knowing our families, our friends and our communities are struggling."

Jason Heyward feels responsibility to speak up for racial equality. More from @maddie_m_lee:https://t.co/1QKIcMJOFv

•   Felix Hernandez, who was a non-roster invitee competing for a rotation spot with the Braves has decided instead to opt out of the season, and it’s hard not to think that Freeman’s experience may have played a part. Also, Buster Posey puts it well when it comes to opt-out decisions – you just have to keep paying attention and almost making the decision on a daily basis:

Posey followed up by saying he'd be surprised if players answered any other way. Everyone is gauging how these camps will go and how the pandemic continues to unfold around the country. "There's no way we can give a hard line answer to what this will look like a week from now."

•   You may not remember Caleb Simpson, among the hard-throwing relievers the Cubs signed to minor league deals this past offseason – he was brought in more as a true minor leaguer to try to develop, rather than a guy who could right away get a shot in the bullpen – but even if you do, you can forget him again. He was thereafter released and has signed with the Red Sox.

•   MacBooks, kitchen gear, books, and more are your Deals of the Day at Amazon. #ad

•   Some old friends playing in the American Association, including Eddie Butler on the Chicago Dogs and Chesny Young on the St. Paul Saints:

Well no minor league rosters to worry about so how about some American Association rosters. Folks who follow milb closely should recognize many of the names. pic.twitter.com/BXjq22flBh