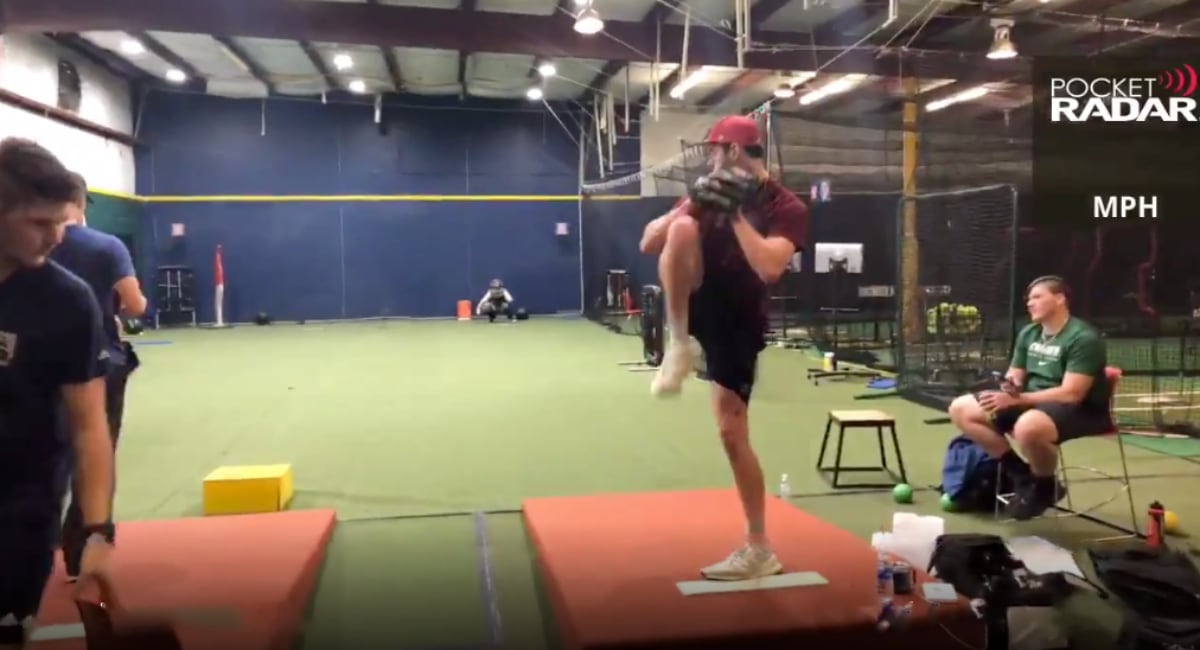 With a very uncertain future after next season – to say nothing of the financial dynamics changing in the game – 2020 figured to be a particularly crucial development year for Chicago Cubs prospects, particularly when you consider the significant investment the organization had made into its development infrastructure.

But more than that, it was also set to be one of the most exciting in recent memory. For the first time in at least three years, the Cubs had a potential impact prospect on the cusp of true big league readiness (Nico Hoerner), a pitching prospect with top of the rotation upside (Brailyn Marquez), and one of the most obvious breakout prospect candidates in baseball (Brennen Davis).

Throw in a consensus top-100 prospect at a premium position (Miguel Amaya), not one, but two of the best amateur shortstop signings (Christian Hernandez and Ed Howard), and the first full professional season for 2019 first round pick Ryan Jensen … and 2020 just oozed cookies.

We’ll still see some of these guys this season – kinda – but 2021 is now the year to watch.

Here’s some Cubs Prospect notes from around the org …

•   MLB.com has been ranking organizations based on their talent at specific positions, and the Cubs have done fairly well, ranking 7th for catching prospects, thanks primarily to Miguel Amaya, but also Ethan Hearn and Ronnier Quintero. With Willson Contreras (28, three more years of team control) and Victor Caratini (26, four more years of team control) already in the big leagues, it’s fair to see the state of the sports most important position within the Cubs organization is strong. And for what it’s worth, while our prospect guru, Bryan, ranks Amaya 4th in the organization (and his word is final for the purposes of the BN Top Prospect Rankings) those top four prospects are so closely clustered that “4th” probably doesn’t quite do him justice.

•   The team earned its ranking on the back of Brailyn Marquez’s 2019 season, of course, but Justin Steele, Jack Patterson, Brendon Little, Burl Carraway, and Luke Little all come in for praise. I don’t need to see external praise of the system to know it’s come a long way, but it’s nice to see our own evaluations confirmed from the outside.

•   We’ve discussed the Cubs second round pick, Burl Carraway, a lot since they drafted him in the second round of the draft, but he hopped on the Cubs Related Podcast to discuss a lot more. I haven’t given it a listen yet, but I definitely will be. Looks like a good episode.

•   And while we’re talking about the Cubs 2020 southpaws, I may as well bring up this wonderful story about the 105-MPH man, Luke Little. I’m sure, by now, you’ve seen the video of him hitting 105 MPH off the mound, but we’ve got time, so why not take another look:

•   Well, as it turns out, Little’s father underwent open-heart surgery the day before this viral video was captured, and Little told him “Dad, I’m gonna hit 102 for you today.” Obviously, Little missed the mark … by about three miles per hour over. You can read more about that day and his story at the Charlotte Observer.

•   I mentioned a bunch of exciting prospects up there in the intro, and yet I still left out two more guys with very exciting futures. Let’s talk about both of them, starting with Cole Roederer. Selected 77th overall by the Cubs in 2018, lasting that long mostly because of an injury to his non-throwing shoulder (plus his commitment to UCLA), the Cubs gave Roederer an over-slot $1.2M bonus and he rewarded them with an exciting debut in 2018. Setting his bat aside for a second, Roederer is believed to be capable of sticking in center field, as well as becoming a legitimate stolen base threat, whatever that actually means in the big leagues by the time he arrives. After an impressive debut in 2018 (129 wRC+), however, he hit a bit of a wall in 2019 (101 wRC+) with an aggressive full-season assignment. In the power department, his previously-strong .190 ISO dropped by 50 points.

•   Fortunately, Bryan has heard that Roederer used the offseason wisely:

I *keep* hearing that Cole Roederer is going to turn heads when baseball resumes with all the strength he’s added since we last saw him (which was in a dogpile after South Bend’s championship).

•   If a player with his pedigree and profile is fully healthy, stronger than ever, and finally hitting for more power as a pro, he can immediately jump up from the back-end of the Cubs top-10 prospect list onto some national radars. We’ll have to wait to see it, but color me excited for 2021 when it comes to Roederer.

•   You can listen to Roederer here, with some special praise for Chris Morel, who wasn’t actually the “other” top prospect I failed to mention, but is another guy with a lot of upside (man … this Cubs minor league organization is hot right now):

•   The other prospect I didn’t mention up top but wanted to is Kohl Franklin, whom the Cubs selected 188th overall in 2018. The 6’4″ 190 lbs righty began his first full professional season with a 2.31 ERA over ten starts in short-season Low-A, before getting the bump to full season A-ball at the end of the year. And if Bryan’s assertion (with Davis’ confirmation) is true, the Cubs have another significant starting pitching prospect to look forward to in the coming years:

I can attest to this statement as correct. @kohlrf https://t.co/zuHZDNlUQ1

•   The 2020 MLB Draft was only five rounds. But the Cubs made due with the $20K limit on undrafted free agents and Marquee Sports Network (Lance Brozdowski) has a nice profile on three of the most notable signings.

•   Last but not least, Evan from Cubs Insider took a look at the Cubs 2018 4th round pick Ethan Roberts, a reliever who made it up to High-A last season, with an absolutely sterling 2.63 ERA and 1.71 FIP. You’ll be most excited to learn about his 2.1% walk rate in High-A, but his incredible spin rates and improving velocity makes him someone to really watch:

By his own account, he can generate over 3,300 rpm on the cutter, curve, and slider. His fastball is between 2,700-2,800 rpm. Those would be higher than MLB’s spin leaders on each pitch last year.

•   And if you want some recent visual evidence: