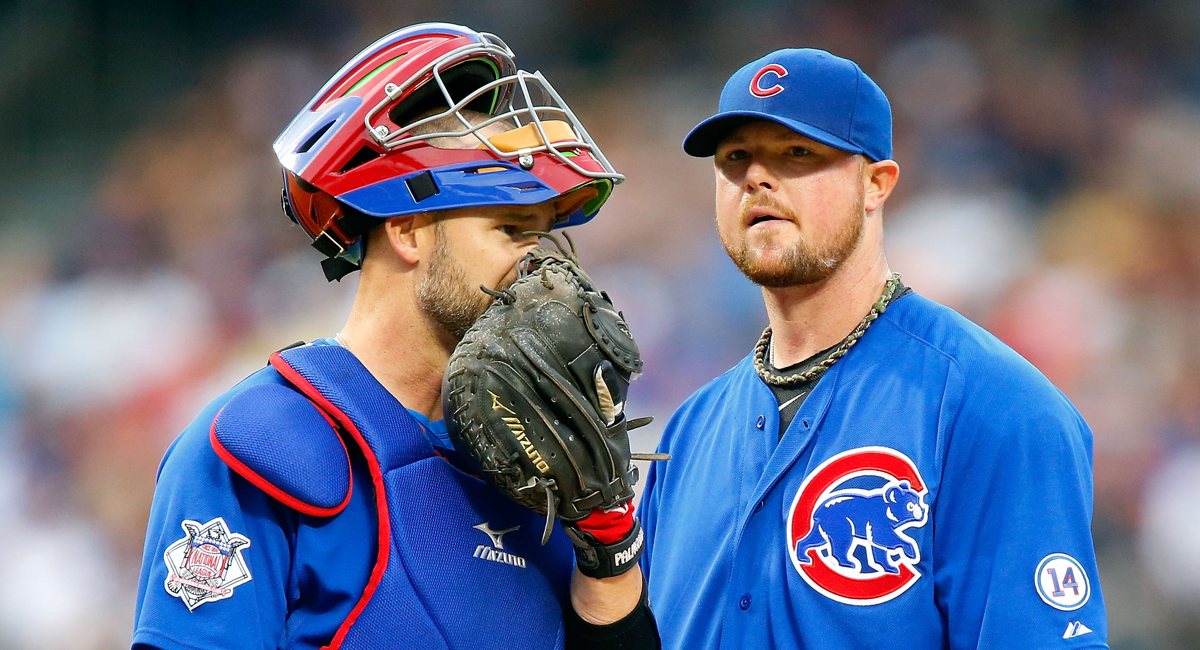 As if becoming a first-time manager isn’t already, totally on its own, a very difficult transition, David Ross was thrown so many massive curveballs to pair with that challenge: a new set of rules (the pre-pandemic ones), a total baseball shutdown, an ongoing pandemic, brand new health and safety protocols, and brand new game-play rules in response to the pandemic. It’s pretty nuts when you think about it.

For example, it almost doesn’t even cross your mind that Ross, as a first-time manager, suddenly had to add “make designated hitter decisions” to his plate. The kind of change about which a manager’s predilections would’ve gotten months of ink in a normal world, and nowadays it’s just plopped down like, oh yeah, that thing, too. Take care of it, Dave.

We’ve discussed the DH situation as it relates to the Cubs ad nauseam, so I won’t regurgitate that. Instead, I wanted to share Ross’s comments on the switch to the DH today, which gave him a chance to have a little fun with one of his old friends.

David Ross says the only downside to not having the DH is now he doesn't get to tell Jon Lester he's done for the day when he's about to hit.

Ross likes the DH and the only thing he is bummed about is not having the opportunity to pinch-hit for Jon Lester.

Lester's response? "Hey, I'm one of your Top 5 hitters off the bench"

Of course, in fairness to Jon Lester, he really does put together a great at bat these days, whether you need a walk-off bunt or just some of the highest exit velocity from a pitcher. I bet Lester gets an AB or two this year before all is said and done.

Of course, when the sixth best hitting pitcher was more than 50% worse than the average hitter, that probably says a lot about the desirability of a DH, right?