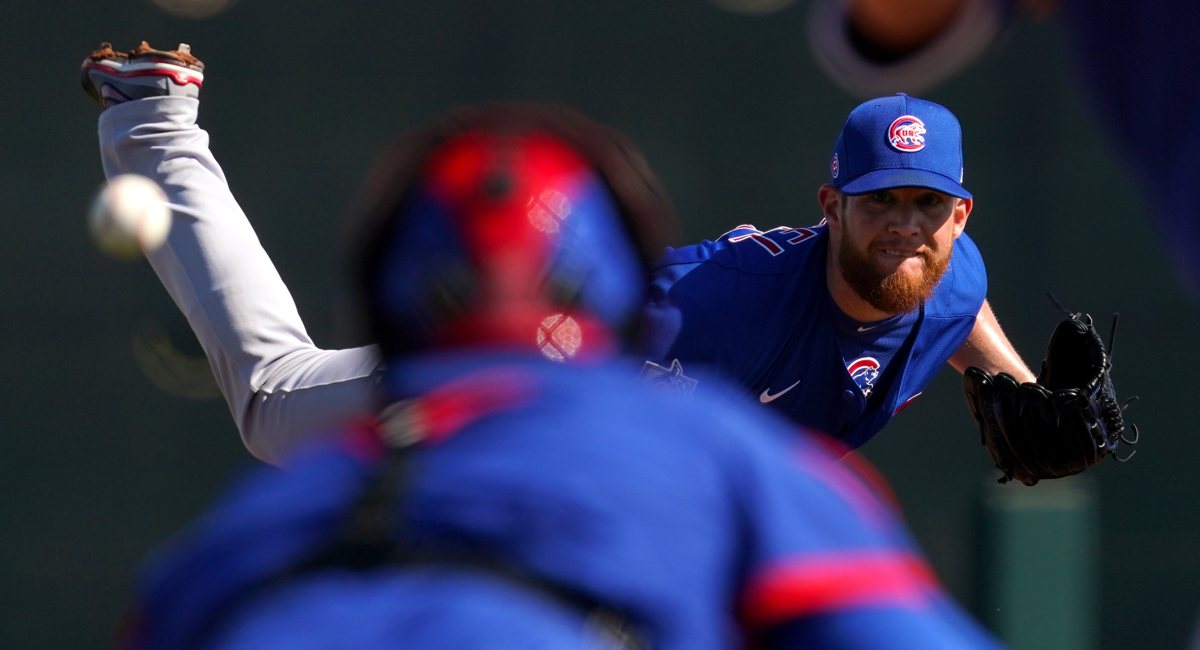 It’s important to say up front – and this isn’t just gum-flapping, I actually do mean it – that how a guy looks in a single intrasquad performance at the start of a makeshift summer camp doesn’t tell you much, if anything, about how he will perform when the bell rings.

I am glad, though, that we at least now get a little more visual on Craig Kimbrel’s first performance of the summer, just to get a sense of *how* things played out, beyond knowing that he had a couple strikeouts, gave up a hit, and gave up a homer.

The bulk of this package is Kimbrel’s outing, and – even setting results aside – almost nothing looks encouraging:

Although there were command issues and injury issues, the biggest concern with Kimbrel last year was the dramatic uptick in hard contact in the air he was giving up. He allowed the most homers in a season for his career … and he did it in just 20.2 innings of work. For a late-inning reliever, that’s not survivable.

There are no doubt health factors, and flukey factors, and maybe other manageable things that go into why the homers spiked, but from the outside, there was one component that was very obvious:

The fastball velocity was way down, and he was consistently locating it much closer to the heart of the zone than the top. That will not play, and sure enough, did you notice where his fastball was on the Kris Bryant single and the Willson Contreras homer? Both were up, but not nearly up enough. 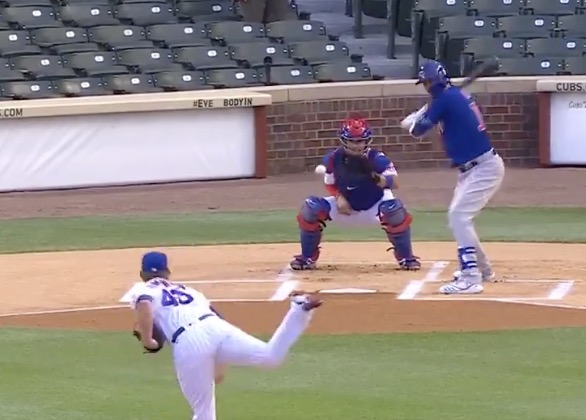 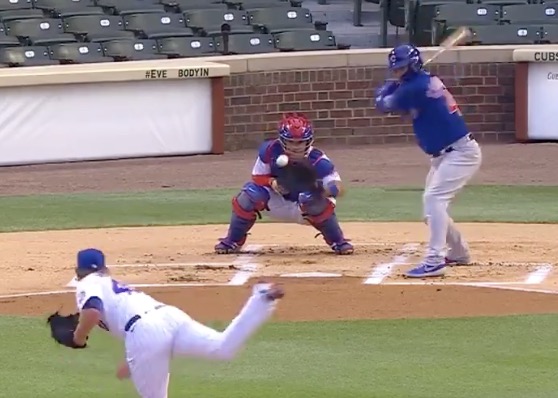 We don’t know the velocity, but even at 97+ mph, you’re gonna give up some hard, elevated contact on those pitches. And when it’s 95ish mph? Even worse. By the way, Kimbrel’s strikeout of Kyle Schwarber came on a fastball more down toward the knees, but it was out over the plate when it was supposed to be inside.

Kimbrel also dealt with command problems last year, including with his signature knuckle curve (which wouldn’t have been as effective anyway without the premium fastball and command). We got a flash of that, too, on the Javy Báez strikeout – it was actually supposed to be buried down and away, but wound up a total hanger down the middle. Javy just swung through it: 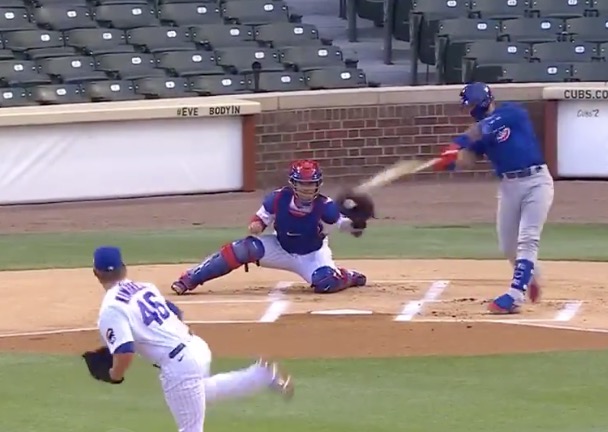 All told, it appears to have been a very ugly outing by Kimbrel, and in all the ways you wouldn’t want to see from him when the game matters. *MOSTLY*, though, you say it was intrasquad appearance number one, and we’ll see where things go from here. An allowance for some ramp-up is warranted.

There was always hope – and still is – that Kimbrel could evolve and/or resume being what he was after a more normal offseason and Spring Training. But that got taken away by the pandemic, so you can no longer just hope that all that was needed for the 32-year-old righty was “normalcy.” Instead, for success to return, Kimbrel is going to need some combination of improved command, location, and velocity, relative to last year. Can he pull it off in yet another bizarre, problematic year for his arm and its ramp-up? Beats me. But in a 60-game season, the Cubs won’t have a ton of margin for error if the same problems present themselves in the first two weeks of the regular season.