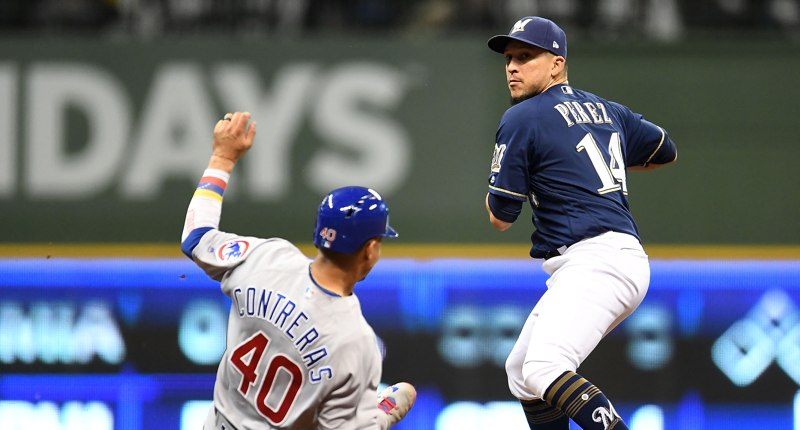 When the Cubs announced their initial 60-player pool, it included just 50 names, affording the organization a lot of flexibility. In short, getting guys on the 60-man is easy, but getting them off is not. So you don’t add guys until/unless you have to, or until/unless you know you won’t regret it later.

To that end, the Cubs have made their first addition to the 60-man, and it’s utility man Hernan Perez. The group now stands at 51.

Perez, 29, was a non-roster invitee to Spring Training for the Cubs, and probably had something like a 30% shot at making the big league roster back then, given his defensive quality and versatility. The bat won’t get you much more than “way below league average,” but having a guy who can play good defensive all over the infield is useful. Now with a 30-man roster to open the season, you’d think his chances to make the team are slightly improved.

That said, the move makes you wonder immediately why Perez wasn’t on the initial 60-man roster to begin with. Was he not sure he was going to play? Was it a mere logistical hold up? Did it have to do with his original contract and the opt-out it would have included as a minor league veteran? Or did the Cubs just develop a reason to want him to come along in the last few days?

No sense in speculating on that stuff at the moment, because we’ll find out more in time, but it’s worth pointing out that Perez is being brought to the Wrigley Field group, not just South Bend. In other words, he’s being brought along to compete for a bench job right out of the gate. Since that wasn’t the case just last week, it makes you wonder.

As for the 60-man implications, you don’t so much worry about a guy like Perez taking a spot. If he makes your bench, well, then, you’re happy to have him on there anyway. If not, you can keep him in reserve at South Bend, or you can remove him from the 60-man, at which point another organization can pick him up if they want. Not that you WANT to lose depth, but risking losing Perez is not the same as risking losing, for example, a top prospect you put on the 60-man and then later decided you wanted to try to remove.

Now we wait to see if there was a corresponding reason for this addition, or if it was all merely logistical.